GOSSIPONTHIS.COM Pop Culture Republican Congressman Says Colin Kaepernick Should Move to Another Country Since He... 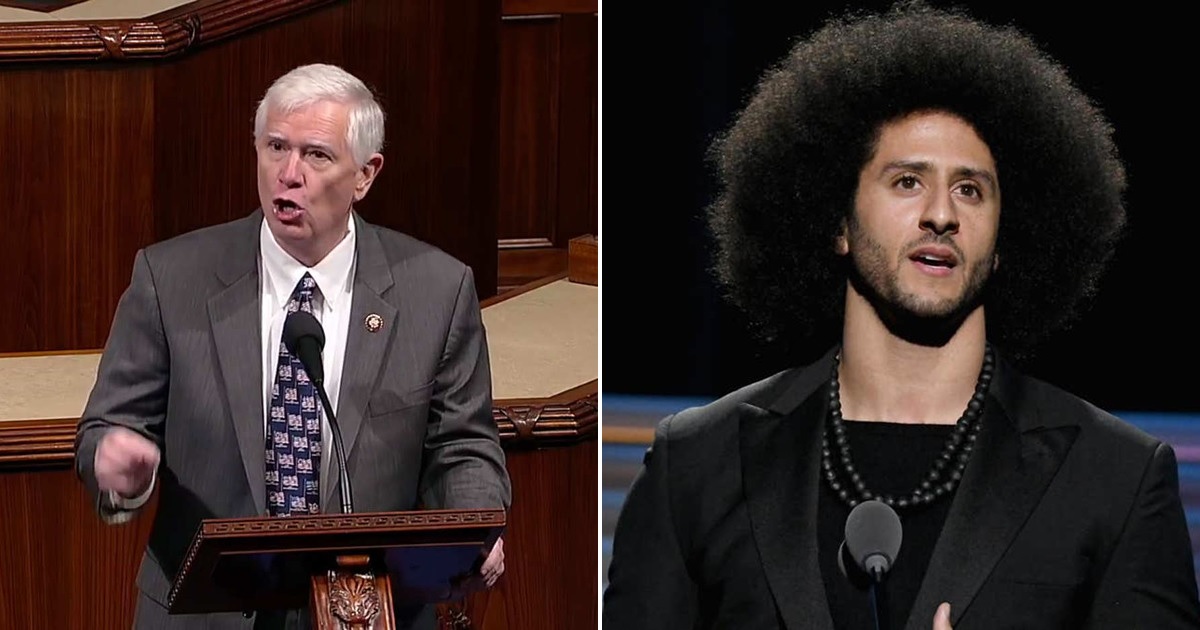 It’s the same old story: Black American dares to utilize their First Amendment Rights to criticize or raise awareness of America’s racist past and/or present, White American questions said Black American’s patriotism, citizenship and tells them to move back to Africa.

Like a faithful Confederate soldier, Republican congressman Morris Jackson “Mo” Brooks Jr. basically repeated this same tired trope while condemning Colin Kaepernick for expressing his concerns of Nike’s use of a 1770s version of the American flag, which has recently been co-opted by white nationalist groups.

While appearing on SiriusXM Patriot’s “Breitbart News Tonight” earlier this week, the Alabama congressman called Kaepernick “radical” for considering symbols used for hate as offensive and advised the activist to move to another country.

“We’ve got some very radical people in the United States of America who don’t like America. They don’t like the foundational principles that have made us a great nation. And I would put Mr. Kaepernick in that category.

“…In my mind, perhaps he ought to consider moving to a country where he believes the laws are better for his purposes. I doubt he will do that because in this country, we’ve had over a million Americans die fighting for our liberties…and one of those liberties is freedom of speech…and all of these things that we enjoy, he seems to frown upon. So I just assume he leave.”

It’s very fascinating that in the same sentence Brooks mentions that over a million Americans have died fighting for Americans’ right to freedom of speech, he chastises Kaepernick for exercising that right.

Though it could be called ignorance, I believe such attitudes are racist in nature.

We have seen time and time again that rights that should be afforded to ALL Americans are somehow limited for Black American and other citizens of color or have random stipulations attached to them that White Americans don’t have to abide by.

Kaepernick upset many white conservatives earlier this week after Nike pulled a line of sneakers that featured the 13-stared American flag Betsy Ross designed in 1777.

Kaepernick advised the company that the image could be deemed offensive due to its connection to slavery and because the specific flag design has been used by white nationalist groups.

MAGA Twitter called for a boycott of Nike in response.

Though the shoe was to be released in accordance with the Fourth of July, Nike said it pulled the shoe “based on concerns that it could unintentionally offend and detract from the nation’s patriotic holiday.”

The Anti-Defamation League does not recognize the Betsy Ross flag as a hate symbol. But the organization does confirm the flag has been used by extremist right-wing and white nationalist groups, just not to the extent of the Confederate Flag, for instance.

Keegan Hankes of the Southern Poverty Law Center explains that hate groups will use early American symbols, such as the Betsy Ross flag, as a way to demean people of color and glorify white supremacy.

“Under the guise of ‘heritage,’ symbols of early U.S. history have long been adopted by hate groups set on returning to a time when all non-white people were viewed as subhuman and un-American.

“Historically, these symbols have been used by white supremacists, both to hearken back to a time when black people were enslaved, while also painting themselves as the inheritors of the ‘true’ American tradition.”

It just seems that white conservatives will turn red anytime they are challenged to acknowledge racism in America.

Fortunately, Kaepernick and Black Americans do have a voice and they are now using it to speak up and speak out, whether Congressman Brooks likes it or not.