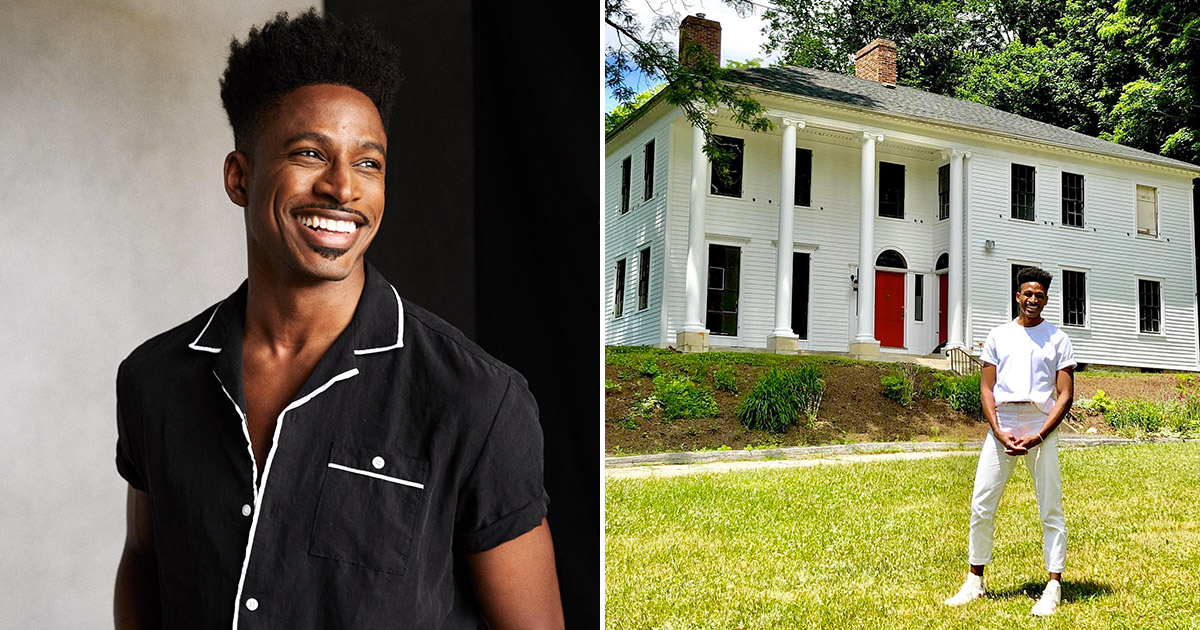 Broadway actor Robert Hartwell says he’s “never been prouder to be a black man” after he was able to purchase a historic house built by slaves in 1820.

Hartwell, who has appeared in Broadway productions such as Hello, Dolly! and Motown the Musical, took to Instagram Thursday (Jun. 25) to show off his new purchase and to share his immense pride in being able to buy a home that was originally built by slaves 200 years ago.

In the post’s caption, Robert explained how he knew the house was his as soon as he saw the listing online, and was able to purchase it in cash, despite the property owner implying that he wouldn’t be able to afford it.

“3 weeks ago I found this house online. I said ‘this is my house.’ I called the seller and was told it was a cash only offer and that ‘I’m sure that takes you off the table.’ Don’t you ever underestimate a hard working black man,” Hartwell wrote. “I saw the house last week and when I walked in I knew I was home.”

He continued: “The house was built in 1820 for the Russell family who owned the cotton mill in town. Slavery was still legal. When the agent asked me why I wanted such a large house I said it was ‘a generational move.’ I know this house is bigger than me.”

Robert went on to explain that he wanted to buy the house to pay tribute to those who built it, writing: “I wish I could’ve told my ancestors when they were breaking their backs in 1820 to build this house that 200 years later a free gay black man was going to own it and fill it with love and find a way to say their name even when 200 years later they still thought I would be ‘off the table.’

“We are building our own tables. I’ve never been prouder to be a black man. Come to my White House any time. I can’t wait to have you! Glory to God in the highest. I’m a homeowner.”

According to the Daily Mail, the massive house appears to be located in the historic district of Alexander City, Alabama, which is listed on the U.S. National Register of Historic Places.

The family that once lived in the home founded the Russell Manufacturing Company in 1902, which is now called Russell Athletic and has made sports apparel for a number of NFL teams, MLB teams and the Harlem Globetrotters.

Hartwell, who also founded the Broadway Collective, was flooded with congratulatory messages from other actors and entertainment industry peers under his IG post.

“So happy for you bro,” wrote Hamilton star Ephraim Sykes.

“This made me so happy,” Todrick Hall commented.

“Oh @sirroberttakespics this fills me with so much joy, tears in my eyes to read your words, to feel your pride,” added actress Kelli O’Hara. “Love you, friend.”

Tituss Burgess, Gotham’s Cory Michael Smith, Mad Men alum Teyonah Parris, Dan DeLuca from The Wire, and So You Think You Can Dance winner Melanie Moore were also among those offering congrats to Hartwell.