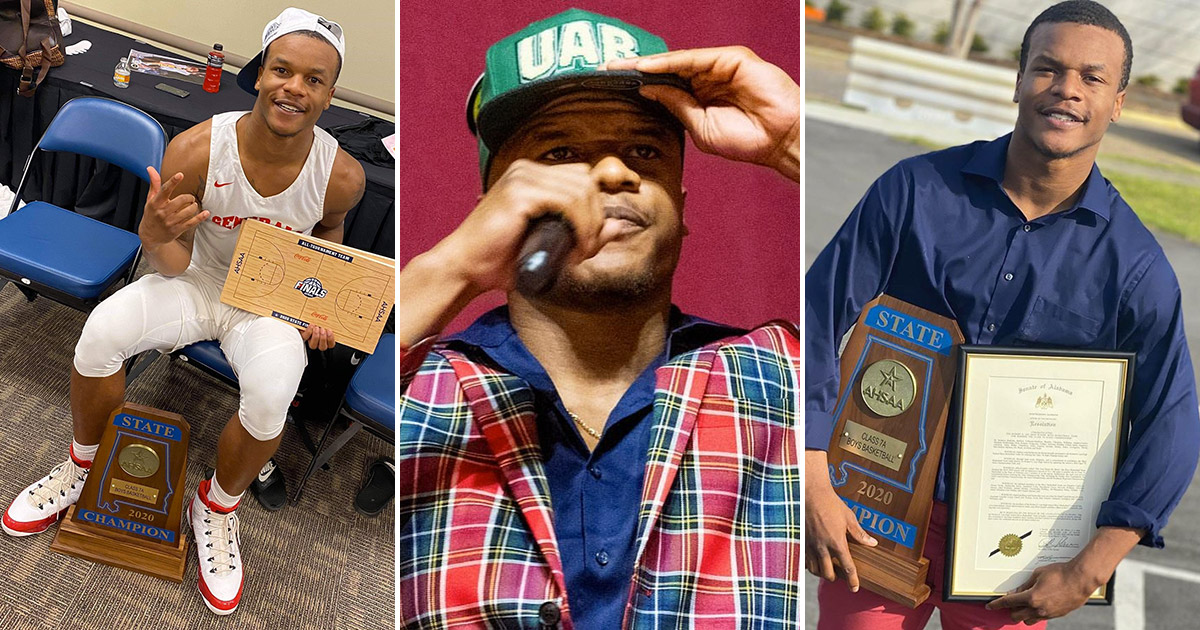 Jamari “Chop” Smith—a standout athlete out of Montgomery, Alabama and rising UAB freshman—has died at the age of 18 after an accidental drowning at a lake in Auburn.

News of Smith’s death spread on social media Wednesday evening (May 27) after Auburn police said that a Montgomery 18-year-old had drowned in the lake area of Chewacla State Park in Lee County.

Auburn police and fire medics, as well as East Alabama Medical Center EMS, responded about 4:30 p.m. to a report of a possible drowning at the lake area of Chewacla State Park off Shell Toomer Parkway in Auburn.

Shortly after their arrival, Harris said, Smith was located underwater in the lake. Advanced life support measures were immediately initiated, and he was rushed to the emergency room of East Alabama Medical Center.

Efforts to revive Smith were unsuccessful and he was pronounced dead in the emergency room at 6:05 p.m.

Harris said Smith was with friends swimming at the lake when he apparently became tired and went under. 911 was called as the friends attempted to locate Smith.

Auburn firefighters located Smith shortly after their arrival. Harris said no foul play is suspected and the case is being treated as an accidental drowning. The case is being investigated by the Auburn Police and the Lee County Coroner.

Smith, a class of 2020 graduate, was a star athlete at Lee High School.

Smith excelled in both sports and was a member of the 2020 Class 5A-7A All-Metro boys basketball team, the Montgomery Adviser reported.

Following Lee High School’s victory over Oak Mountain back in February in the semifinals of the tournament, in which Smith scored 12 points from the bench, he told the newspaper: “We all just play our role, but when somebody needs to step out, we do. We all have the same mindset. Everybody can score.”

Lee High School went on to win the championship—a first for the boys’ basketball team in the school’s history.

During the 2020 championship game, the Lee High School Generals basketball team honored two former players—Rod Scott and Shaquille Johnson—by hanging their jerseys at the end of the bench.

Scott died at age 17 in a car accident back in 2016 and Johnson was shot and killed at age 20 in 2018, making Smith the third former Lee-Montgomery athlete to die in recent years.

“Rod and Shaquille – they were the two most outstanding people in the world,” Jamari Smith said after the Generals’ title game win in February.

In early February, Smith—who was listed on his football Hudl page as a 6-foot-4, 205-pound wide receiver—signed with the University of Alabama at Birmingham (UAB) to play football in the fall.

WR-Jamari “Chop” Smith signs with University of Alabama at Birmingham (UAB)!!!! Congrats Jamari we wish you the best of luck!!!! pic.twitter.com/p4feVAuWbm

Smith’s former Lee High School football coach Eric Hudson said he and Smith’s former basketball coach Bryant Johnson had just met Smith at the school Wednesday morning just hours before the tragic drowning accident to give him jerseys for the respective sports so that he could wear them in his senior pictures, which he planned to take Thursday morning (May 28).

“He was good kid, man,” Hudson said of Smith. “The kid always smiled. I never had any problems out of him, a very manner-able kid. It’s just hard right now.

Charles Lee, the founder of the Montgomery nonprofit youth organization That’s My Child, said he met Smith when he was just six years old back when he played for the Montgomery Chiefs little league football team.

Smith helped his little league team win the championship back then just as he did his high school senior year.

“He was an athlete to the core. Football, basketball, he was just dominant,” Lee said. “He was a real easy-going kind of guy too, he just like to make people laugh.”

Following the news of Smith’s tragic death, those who knew the star athlete took to Twitter to pay tribute to him and mourn his passing.

“REST IN PEACE YOUNG KING. The city lost a good one today … #BallinPeace,” Cleveland Browns Linebacker Mack Wilson—who is from Montgomery and formerly played for the Alabama Crimson Tide—wrote on Twitter.

“He had a smile and a basketball game that could electrify and light up any room or building he was in,” AAU Game Elite basketball coach Russell Powell also shared via Twitter.

“He had a spirit that enlightened everyone around him. This one hurts so bad that I can’t even really get the words together. I love you Jamari ‘Chop’ Smith! Wow!”

He had a smile and a basketball game that could electrify and light up any room or building he was in. He had a spirit that enlightened everyone around him. This one hurts so bad that I can’t even really get the words together. I love you Jamari “Chop” Smith! Wow! #RIPChop pic.twitter.com/7kGZfjQX68

Rest well Jamari…..Gone too soon ?Your mother was crazy about you…. pic.twitter.com/2D66H7gOTn

It is with the heaviest heart that I inform the basketball community & the @gameelitebasketball family that we have lost Jamari “chop” Smith to an unfortunate drowning. @jayy_primo23 was a special kid! All prayers to his family,our family! #longlivechop #family #weallwegot #3ssb pic.twitter.com/vDZ6V17GzE

It is with heavy hearts that we must confirm the passing of our beloved Jamari “Chop” Smith @jayy_primo23. We ask for you to pray for his family. We also ask that you give them privacy at this time. Chop we love you always. pic.twitter.com/aYIJlq1ttE