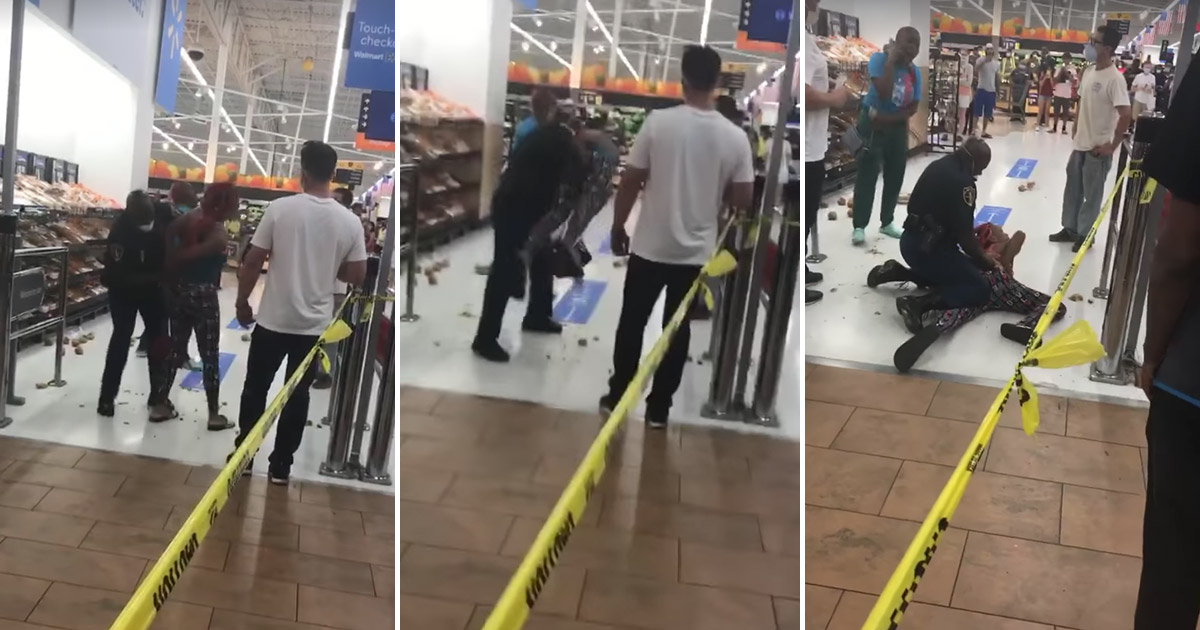 A police officer in Birmingham, Alabama is under investigation after video footage surfaced showing him body-slamming a Walmart customer for allegedly refusing to wear a face mask.

According to AL.com, the incident happened Tuesday night (May 6) while the off-duty cop was moonlighting as a security guard at a Walmart in Roebuck.

The footage, which has been shared thousands of times on social media, shows the officer, who is black, attempting to handcuff a woman, also black, for not complying with orders to leave the store.

The cop then picks the women up in the air, flips her and violently slams her to the ground as other customers look on in shock.

A nearby woman could be seen and heard shouting at the security guard for slamming her friend’s head on the ground.

For what it’s worth, Alabama’s stay-at-home order amid the COVID-19 pandemic only recommends, not requires, that residents wear face coverings while out in public.

After the footage surfaced, Birmingham police spokesman, Sgt. Rod Mauldin, released a statement saying that the incident was being investigated.

“The same day the interaction occurred immediate actions were taken for the sake of public trust and transparency,” read Sgt. Mauldin’s statement.

“We understand we are operating in trying times. The Birmingham Police Department has maintained a consistent community oriented educational approach to the surrounding circumstances of Covid-19. As a department we have been successful in our efforts to gain compliance and cooperation from the vast majority of citizens in Birmingham.

“Our records indicate, we have not issued any citations or made arrests as it relates to the shelter in place ordinance or the face covering ordinance. We have made a valiant effort to gain voluntary compliance and we will continue to work cohesively with the community.”