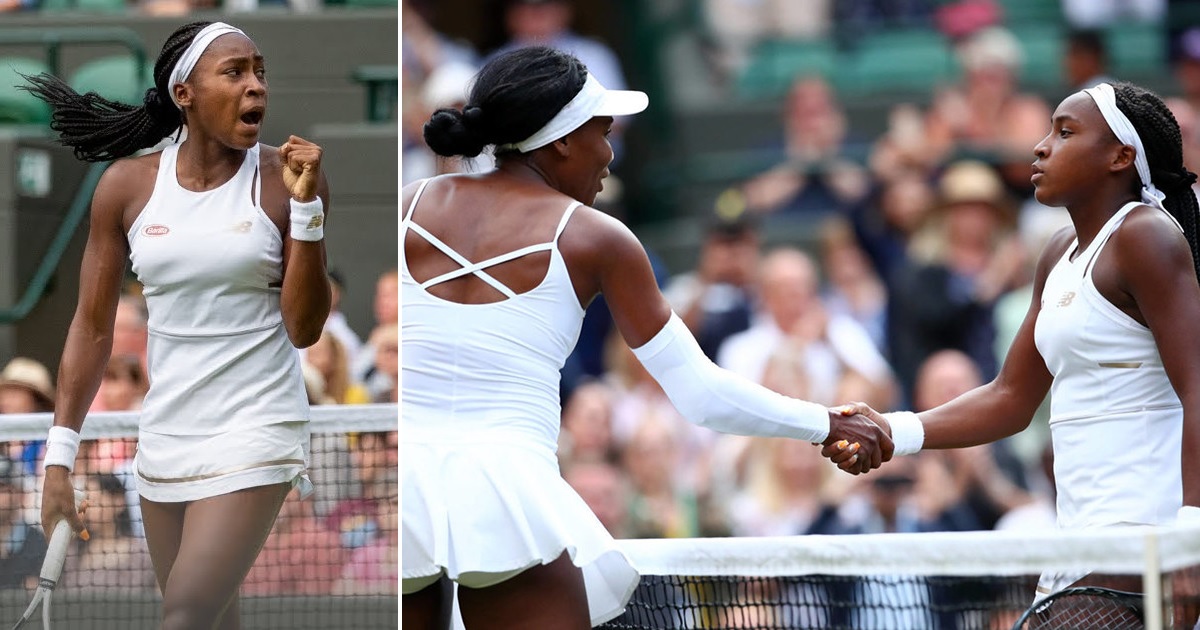 15-year-old Gauff made her main draw Wimbledon debut today (Jul. 1) and did so in historic fashion, becoming the youngest player to win a singles match at the tournament since 1991.

And she also happened to knock out a 5-time Wimbledon champion in a major upset. Gauff defeated Venus—one of her idols—in straight sets (6-4, 6-4).

Made for the big stage ?@CocoGauff becomes the youngest player since 1991 to win in the first round of the ladies' singles, beating Venus Williams 6-4, 6-4#Wimbledon pic.twitter.com/hfgcQGdZtq

Gauff was overcome with emotion following her win. She told the BBC:

“This is the first time I ever cried after winning a match. I never thought this would happen. I don’t know how to explain it. I’m literally living my dream. Not many people get to say that.”

What a day ??@Wimbledon pic.twitter.com/8O3vjMT9oi

“She just told me congratulations and to keep going and good luck,” Gauff said of her exchange with Venus at the net following the match.

As a black American female tennis player, Gauff has looked up to Venus and Serena Williams, calling them her “idols.” Gauff did not let the moment pass without also showing her appreciation for Venus.

“I just told her I wouldn’t be here if it wasn’t for her, she’s so inspiring. I’ve always wanted to tell her that but I’ve never had the guts to before.”

Gauff made history last week by becoming the youngest player in the open era to enter the main draw of Wimbledon through qualifying.

“Venus Williams, when the draw was coming out, would have been saying, ‘please don’t put me against Coco Gauff’ because it’s like looking in the mirror,” said 3-time men’s Wimbledon champion John McEnroe.

McEnroe also sees a bright future for the tennis prodigy.

“The kid is so good!”@CocoGauff has a little bit of everything ?#Wimbledon pic.twitter.com/0OgJ79JwEH

Coached by her father, Gauff won the 2018 Junior French Open title and reached the quarterfinals of junior Wimbledon the same year. But she’s definitely proven she’s ready for the mainstage.

Gauff will play world No. 139 Magdaléna Rybáriková in her second-round match later this week.