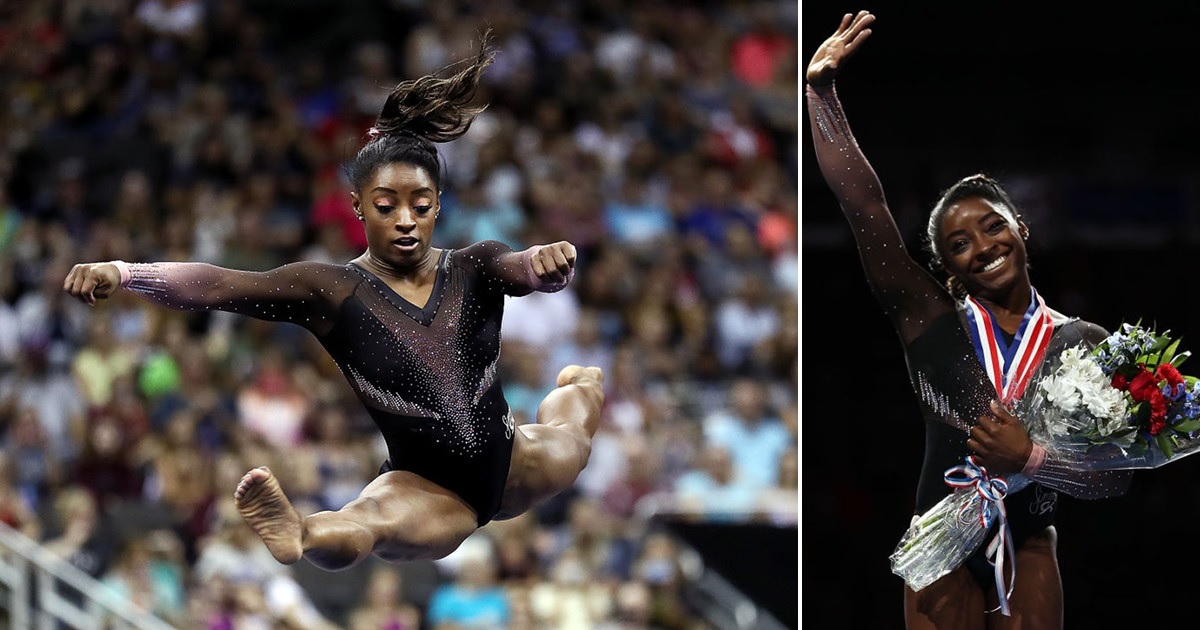 Simone Biles is the GOAT and she knows it. The 4-time Olympic gold medalist took home her sixth all-around title at the U.S. Gymnastics Championships and did so in historic fashion.

On Sunday (Aug. 11), won the all-around title for the sixth time, becoming the first woman to do so in 70 years. With a score of 118.500, she was nearly 5 points ahead of her competition.

Biles also became the first woman to successfully complete a triple-double during her powerful and dazzling floor routine. The move consists of two backflips and three twists midair.

The very first triple-double on floor exercise ever made in history by none other than Simone Biles.
Congratulations on your 6th U.S. all-around title, you're amazing!! ???? @Simone_Bilespic.twitter.com/5ShoO5xhc8

Once she successfully lands the difficult skill at an international competition, it will officially become known as the Biles II as she already has a floor skill named after her.

“It’s a big deal and we all know it,” said USA Gymnastics director Tom Forster. “No one in the world has done it before in the women and actually, she does it better than most of the men who have done it.”

Biles debuted the skill on night one of the championships (Fri, Aug. 9), however, she uncharacteristically placed on her hands on the floor during her dismount and thus did not technically complete it.

The 22-year-old had two history-making skills during the 2019 championships. During Friday’s preliminary round, she became the first person in history to perform and land a double-double dismount on a beam.

Simone Biles makes history as the first gymnast to land a double-double dismount — and it's incredible ? pic.twitter.com/HqwmonlxTT

This, too, will be named after her once successfully completed in an international event.

Biles won four other medals at this year’s championships, including three gold (vault, floor, beam) and one bronze (uneven bars).

At just 22, Biles is the most decorated female gymnast in history and is considered the greatest gymnast of all time. She acknowledged that GOAT status with a rhinestone goat on a leotard during a practice session for the championships.

? @Simone_Biles showed up to the @USAGym Championships rocking a goat on her leotard! ?

Biles next heads to the world championship in October, with team USA and will continue to prepare for Tokyo 2020 Olympics.

She doesn’t plan on debuting any more history-making moves (but it’s possible).

“We don’t want to change too much going into next year,” she said. “You kind of just want to stay consistent with your routines, and if any upgrades come, you’ll see.”