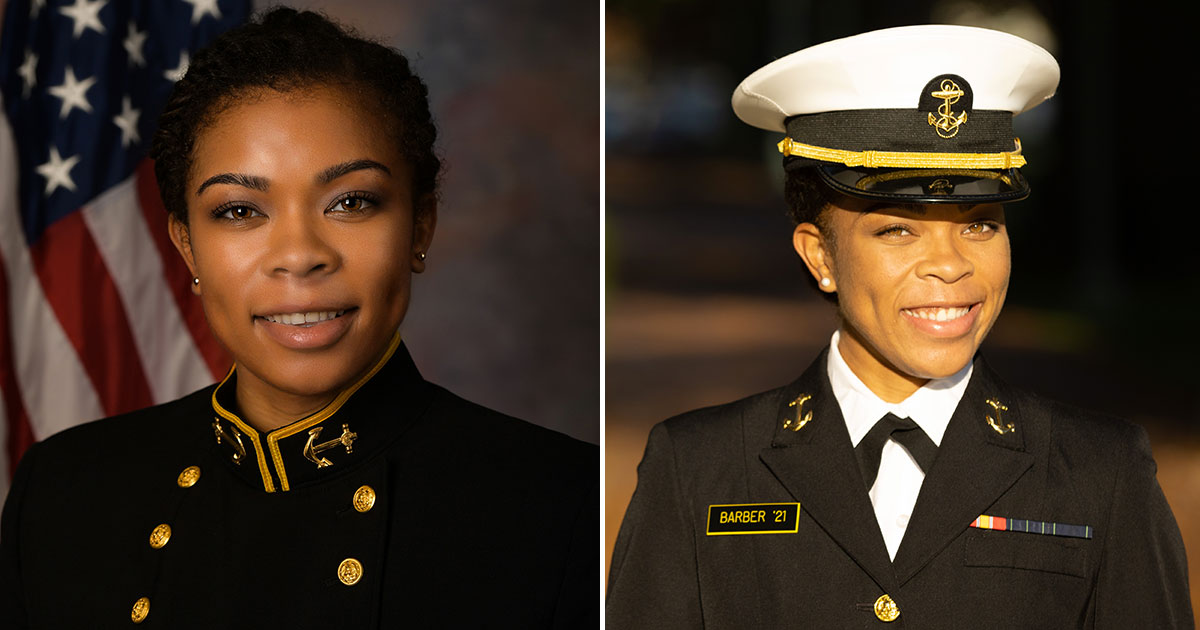 After a historic weekend that saw the first Black woman becoming elected vice president of the United States comes news that a Black woman named Sydney Barber will serve as U.S. Naval Academy Brigade Commander for the first time ever.

Barber will hold the highest leadership position within the brigade for the spring semester, the 16th woman to hold the position since women were allowed to attend the Naval Academy beginning in 1976. The first female brigade commander was then-Midshipman 1st Class Juliane Gallina in 1992.

“Earning the title of brigade commander speaks volumes, but the title itself is not nearly as significant as the opportunity it brings to lead a team in doing something I believe will be truly special,” Barber said in a statement. “I am humbled to play a small role in this momentous season of American history.”

Barber, of Lake Forest, Illinois, is studying mechanical engineering and hopes to become a Marine Corps ground officer, officials said. She created a STEM mentorship program for young girls of color and organized a networking breakfast to connect current Black midshipmen with alumni.

In a video, Barber said women like Janie Mines, the first Black woman to graduate from the Naval Academy, motivate her to “follow her footsteps and be her wildest dream.”

Mines congratulated Barber on social media, saying: “You are my wildest dream.”

“This bought me to tears,” Mines said on LinkedIn. “40 years later. Thank you Sydney! Love you!”

“She is a catalyst for action, a visionary, a listener, a doer and a person driven by compassion, by faith, by a fierce sense of passion and heart full of love,” Chapman said in a statement. “Sydney is the perfect person to lead the brigade.”

Barber has also interned with the Department of Energy’s Lawrence Livermore National Laboratory.

She was named a 2020 Truman Scholar national finalist for her research on developing legislative strategies to address education disparities in communities of color.

“Sydney stands out amongst her peers, for not only her exemplary record, but for her clear vision of how she intends to make the world a better place and her accompanying bias for action,” Lt. Cmdr. Darby Yeager said in a statement.

The news of Swegle’s achievement came the same day a female soldier graduated from the Army’s elite Special Forces course, becoming the first woman to join a Green Beret team. The Army does not release the identities of its service members “due to unique missions assigned upon graduation.”

Black women making history in positions of power … We LOVE to see it!