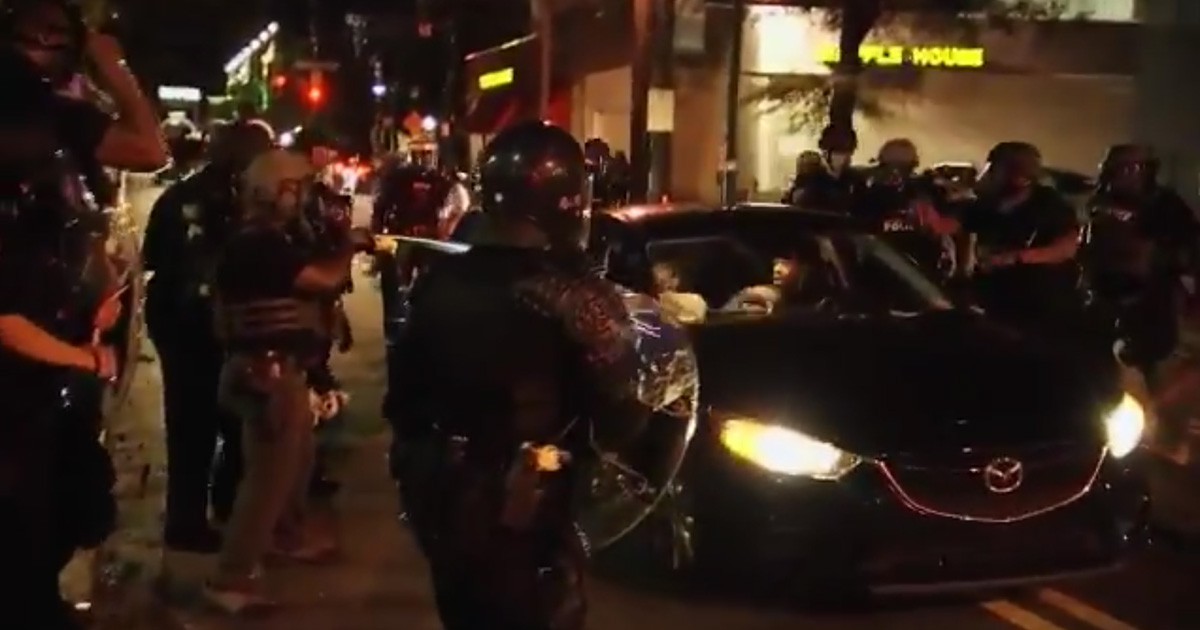 Two Atlanta Police Department officers have been fired after video showed them using “excessive force” while arresting a pair of HBCU students amid protests in the city Saturday night, according to ATL Mayor Keisha Lance Bottoms.

Mayor Bottoms said during a news conference Sunday (May 30) the firing came after officials reviewed body cam footage, which confirmed “the use of excessive force” in the violent arrest that aired on live television.

Bottoms said five officers in total were involved in the “disturbing” incident, and the other three who weren’t fired have since been on desk duty pending further possible disciplinary action.

Messiah Young, a Morehouse College student, and Taniyah Pilgrim, a student at Spelman, were driving Saturday evening around 9:30 p.m. when APD officers flattened their tires and broke the windows of their car before pepper-spraying and tazing them.

The officers could then be seen yanking the pair out of the vehicle one-by-one and then placing them under arrest.

The arrest was reportedly due to the pair disregarding Atlanta’s 9 p.m. curfew and orders from police.

Atlanta is one of many major U.S. cities that has temporarily imposed a curfew on residents amid growing protests against police brutality following the killing of George Floyd.

The arrest was reportedly due to disregarding curfew & orders from police.