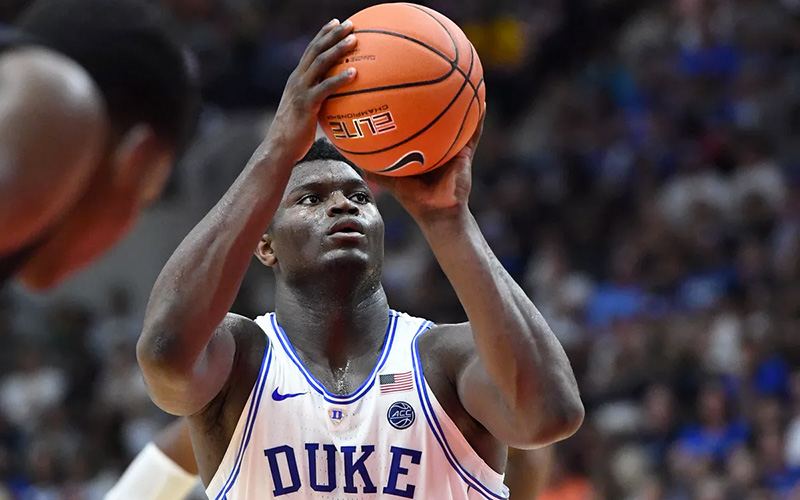 The NCAA, the non-profit organization that regulates athletes of 1,281 North American institutions, has always been a hotbed of controversy. The organization, which during the 2016-2017 season brought in over a billion dollars in revenue, has monopolized amateur athleticism on the backs of young men and women who are, by rule, barred from ever seeing a single penny of that revenue.

Players and their families are unable to collect any form of payments or gifts, and can even be suspended for receiving money for their own signatures. So while players put their bodies on the line every single week and never receive payment, others are raking in the money. During the 2015 calendar year, Mark Emmert, President of the NCAA, was credited with more than $1.9 million in total compensation.

In fact, a quick Google search will show that college football and basketball coaches are the highest-paid public employees in almost every state. So basically everyone involved in college athletics is seeing the results of these massive profits being brought in. Everyone except the people actually playing the games, of course.

It should come as no surprise that an organization with that much money, being made in essence by a group of unpaid interns, would be a suspect for corruption. It all came to a head late last year when the FBI announced they were investigating allegations of fraud and corruption throughout college basketball’s recruiting channels.

The first trial in the FBI investigation kicked off earlier this month, and for a more in-depth look at what exactly is at stake, read Matt Norlander’s article over at CBS Sports . The short version, however, is that there was a system in place to bribe players and their families in order to get them to choose particular schools to attend, with some players even being given up to $100,000.

Unsurprisingly, it was not a single person or a single school that was guilty of these practices, but rather it is a larger, unspoken system that has been in place for a long time. Despite an apparent wide-spread knowledge that these systems are in place, players weren’t left with many options other than to shut up, accept it, and hope they don’t get injured before being eligible for the pros.

Now, another marquee player is potentially in trouble due to having the audacity of trying to make some money for doing his job. Zion Williamson, the YouTube sensation turned Duke basketball player, is awaiting to hear if his eligibility for the upcoming season is in jeopardy.

The incident started when a wiretap transcript was read aloud in the courtroom of the federal investigation into college basketball corruption. The transcript alleges that Williamson’s stepfather solicited or received money from Kansas before declaring for Duke.

If these allegations are proven to be true, Josephine Potuto, a law professor at the University of Nebraska, says, “An agent’s activity on behalf of a prospect renders the prospect ineligible under NCAA amateurism rules. An amateurism violation affects an athlete at all NCAA schools. Amateurism violations are not dependent on where the athlete enrolls.”

Therefore, even though Williamson is alleged to have sought money from Kansas, the fact that he decided on Duke wouldn’t matter. All he can do now is wait and see whether or not the NCAA will rule him ineligible for the upcoming season.

Stories like this happen all of the time. Players being suspended because they received a free meal or skipped class, and they have no recourse to turn to. Players are at the NCAA’s will, and what they decide is final.

It’s a system that has long angered many. Calls for paying the players is nothing new, but the typical counter is they are receiving a free education. But what if they aren’t interested in an education and would rather go do the thing they love and make a healthy amount of money in the process? Why are these kids being forced to make money for other people while potentially putting their own future at risk?

Well, for basketball players at least, there might be a new solution. The NBA recently announced an alternative to college basketball that would allow players to start getting paid immediately following high school.

In a progressive move that is sure to shake up the NCAA’s stronghold on young basketball players, the NBA G-League will provide select contracts to players that will pay them $125,000 and allow them to train in a professional environment before making the jump to the NBA.

So now players from 3 out of the 4 major sports have an alternative to the NCAA. Basketball players now have a viable option with the G-League, and both baseball and hockey players can go straight to the MLB and NHL from high school.

That still leaves football players, though. Unless the NFL opts to create their own G-League type alternative, NFL hopefuls are still forced to play for three years in the NCAA before being able to play professionally. And they will continue to still be unpaid.

Personally, I support the notion of paying these players. Simply put, if it wasn’t for them then none of these other people (coaches, execs, etc.) would be making the money they are. If payment is off the table, however, perhaps there’s a system that could be at least marginally better.

Colleges should create a “Professional Athlete” major for these players. If the idea of going to school is to prepare yourself for your future career, then why are we forcing players to take classes that don’t pertain to what they are hoping to accomplish?

This would help bypass all of the issues surrounding academic fraud and would at the same time prepare these athletes for their future careers. The major would account for practice and time spent working out as part of their academic schedule, and could also include subjects like money management, social media professionalism, how to navigate friends and families … basically any of the issues professional athletes face and how to handle those obstacles.

It would allow them to play the sport they love and at the same time learn applicable life skills and would avoid all of the issues of forcing these athletes to be students first.

With a rising wave of dissent against the NCAA, something will have to change for college athletics to continue the way it has. And when it finally happens, it’ll be long overdue.