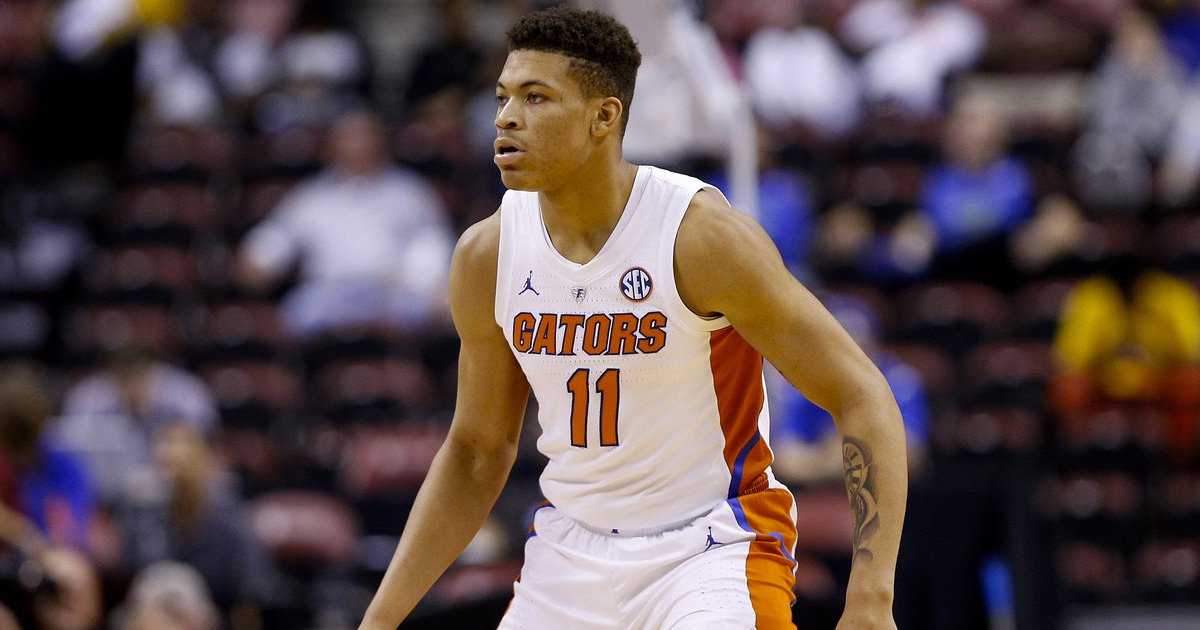 University of Florida basketball star Keyontae Johnson is hospitalized in critical but stable condition after collapsing on the court in the middle of a game Saturday (Dec. 12).

Johnson was walking onto the court following a timeout early in the game against rival team the Florida State Seminoles when he collapsed off-camera and needed emergency medical attention.

Johnson was immediately taken off the floor on a stretcher and rushed to Tallahassee Memorial hospital for evaluation.

A group of visibly shaken teammates and the team’s coach, Mike White, huddled together and prayed before play resumed, game footage showed.

Prior to the shocking incident, Johnson—a standout forward—had just completed an alley-oop on a pass from Tyree Appleby, and he was celebrating with his teammates and walking toward the sideline before he collapsed.

After the incident, The Florida Gators men’s basketball tweeted: “Our thoughts are with Key. Love you, man.”

Keyontae Johnson is being taken to a local hospital for further evaluation, and we'll share an update when we can. https://t.co/bUkidjT4qd

Our thoughts and prayers with Keyontae Johnson and @GatorsMBK ?

The 6-foot-5 junior forward from Norfolk, Virginia is the team’s leading scorer and rebounder, averaging 19.7 points and six rebounds per game. He was also named the Southeastern Conference Player of the Year.

Johnson had scored five points before collapsing. And while the game continued a few minutes after the incident, the Gators were clearly affected by the scary scene of seeing their teammate and top player experiencing a medical emergency.

The Gators were ahead 11-3 after Johnson’s dunk, and the 20th-ranked Seminoles scored the next seven points before pulling away from there and leading 45-35 at halftime, outscoring the Gators 42-24 after Johnson’s collapse.

Like many of his teammates, Johnson tested positive for COVID-19 over the summer. Though the cause of Johnson’s collapse wasn’t immediately known, the coronavirus can lead to myocarditis, a viral infection of the heart muscle that can lead to sudden cardiac arrest and has been documented as a cause of death for young, otherwise healthy athletes.