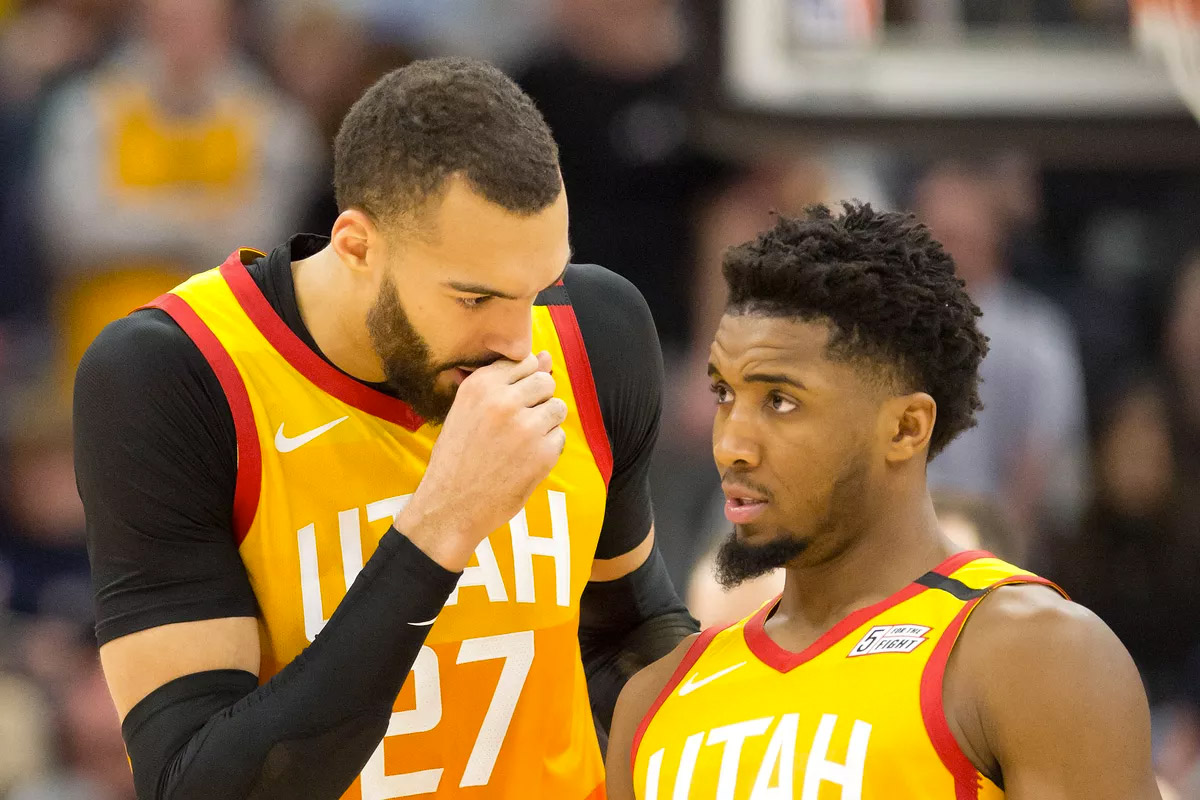 It seems like it was forever ago when Utah Jazz’s Rudy Gobert made light of the COVID-19 situation by touching all of the mics during a press conference before testing positive and essentially shutting down sports.

Not only did Gobert contract the virus that has caused a worldwide pandemic, but he also gave it to fellow teammate and burgeoning superstar Donovan Mitchell.

While Gobert has since apologized for his reckless actions and donated $500k to support those who have been affected by coronavirus, Mitchell has found it difficult to forgive his teammate for giving him the virus.

After testing positive, Mitchell went into quarantine to prevent from spreading the virus to anyone else, but remained in high spirits during his isolation.

“I’m fine, things are going well, I’m just in isolation,” he said in a televised interview. “No fever, no symptoms as of right now, and I’m thankful to be okay.”

However, the time spent in quarantine and now being cleared of the virus has not quelled the hostility Mitchell feels for his teammate for giving him the virus.

In a new report, sources told NBA Insider Shams Charania that the relationship between the two “doesn’t appear salvageable.”

The Jazz have been trying to repair the relationship so that the two can continue to play together whenever the NBA season resumes.

Fellow teammate, Joe Ingles, is hopeful, telling The Athletic: “I have no doubt when we go back to training, or when our season starts again, our team is going to be what we have been and what we are.”

Only time will tell how Mitchell and Gobert’s on-court chemistry will be, but as of now, there’s no set date for when the NBA season will resume.