GOSSIPONTHIS.COM Sports WATCH: Isaiah Wilson’s Mom Snatches His Girlfriend Up From His Lap on... 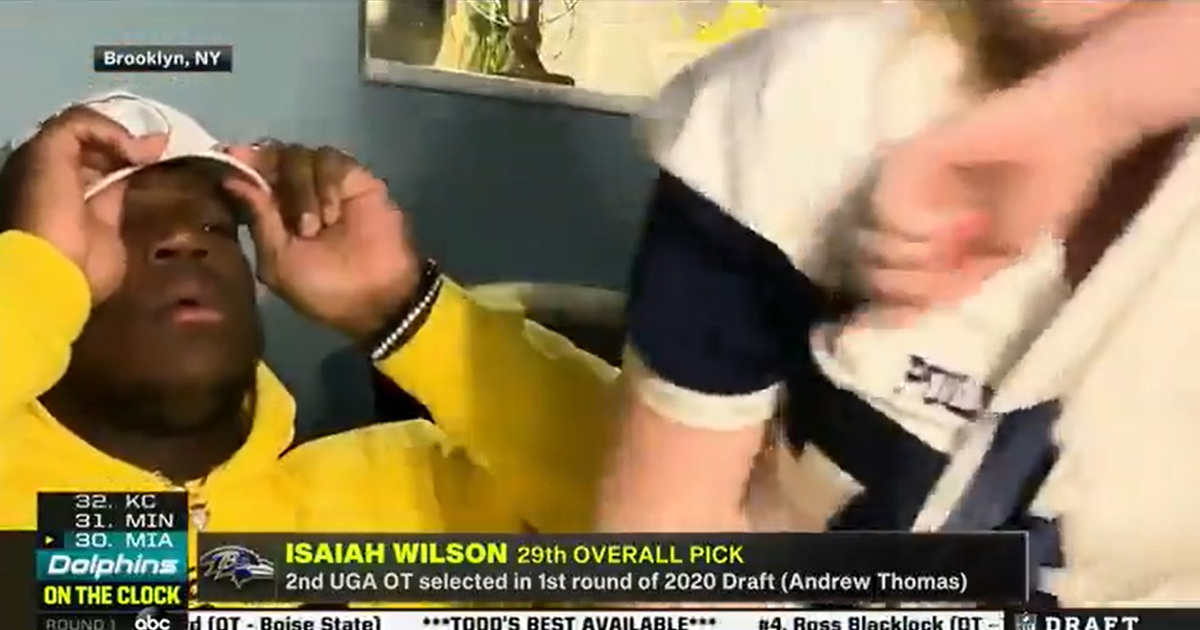 While there were many heartwarming moments between prospects and their families, Isaiah Wilson’s mom apparently had a different agenda.

The offensive tackle from Georgia was the 29th overall pick and selected by the Tennessee Titans.

He was visibly emotional when ESPN went live to his Brooklyn home and his girlfriend attempted to console him … until Mama Wilson entered the frame.

In a viral moment, Mama Wilson is seen forcibly removing the girlfriend from her son’s lap and out of the way.

Though only the ESPN commentators and music were audible during the moment, we can only imagine what the mom was saying.