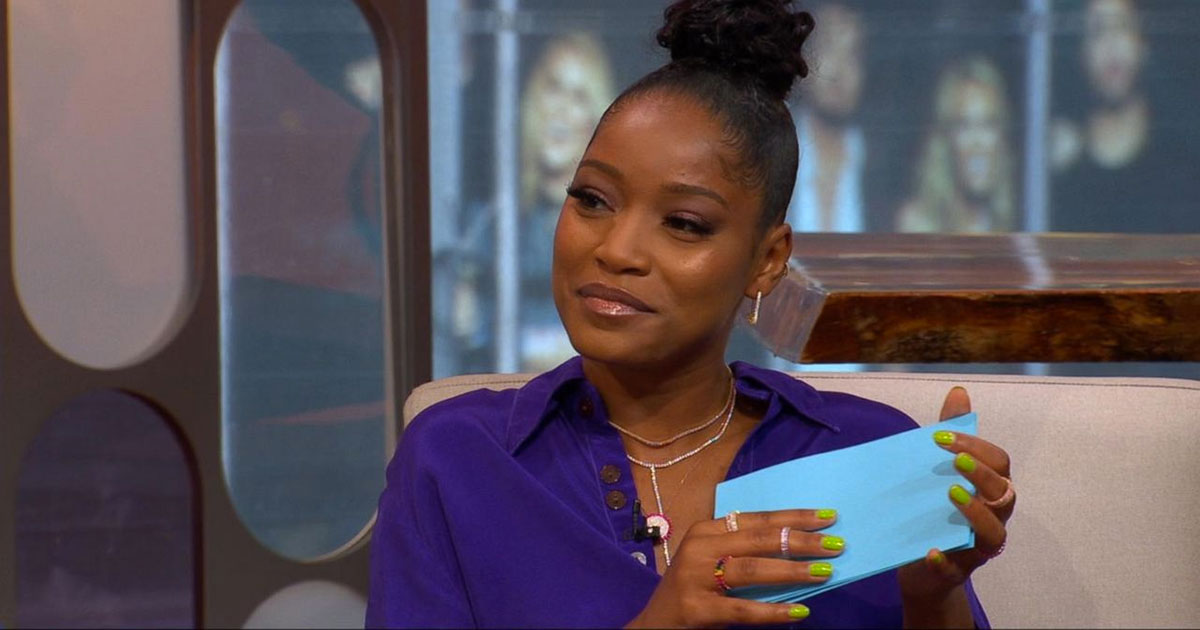 From the TV screen to the movie screen, 2019 has already been a busy year for Keke Palmer. And now the word on the street is that she’s being considered for a permanent job in daytime television.

Palmer has been guest co-hosting the ABC talk show, Strahan and Sara, all summer long while co-host Sara Haines is on maternity leave.

However, the chemistry between Palmer and host Michael Strahan is undeniable and viewers’ response to Palmer’s addition has been overwhelmingly positive.

Sources exclusively tell Love B. Scott that ABC execs “are trying to ‘figure out’ how to make Keke a permanent part of the Good Morning America family.”

Last week, Palmer had a viral moment on Strahan and Sara when she had a message for racist trolls and defended Disney’s decision to cast Halle Bailey as Ariel in the live-action remake of The Little Mermaid.

Palmer has also recently been taking the lead of the hosting duties while Strahan is away working on other projects. A rotating cycle of celebrity guest hosts have joined the 25-year-old.

Strahan and Sara initially premiered in 2018 as a third hour of the Good Morning America brand with the title GMA Day. It was rebranded in January 2019 to diminish its GMA ties and focus on its hosts Strahan and Haines, similar to Today with Kathie Lee & Hoda, now known as Today with Hoda & Jena.

It’s unlikely ABC will replace Haines, so the challenge is to figure out how to incorporate Palmer on a regular, if not permanent, basis. B. Scott suggested the title “Strahan and Sara Have a Keke.”

In addition to her summer hosting gig, Palmer has a leading role in the VH1 series Scream and co-stars with Jennifer Lopez, Cardi B, and Lizzo in the upcoming film Hustlers.