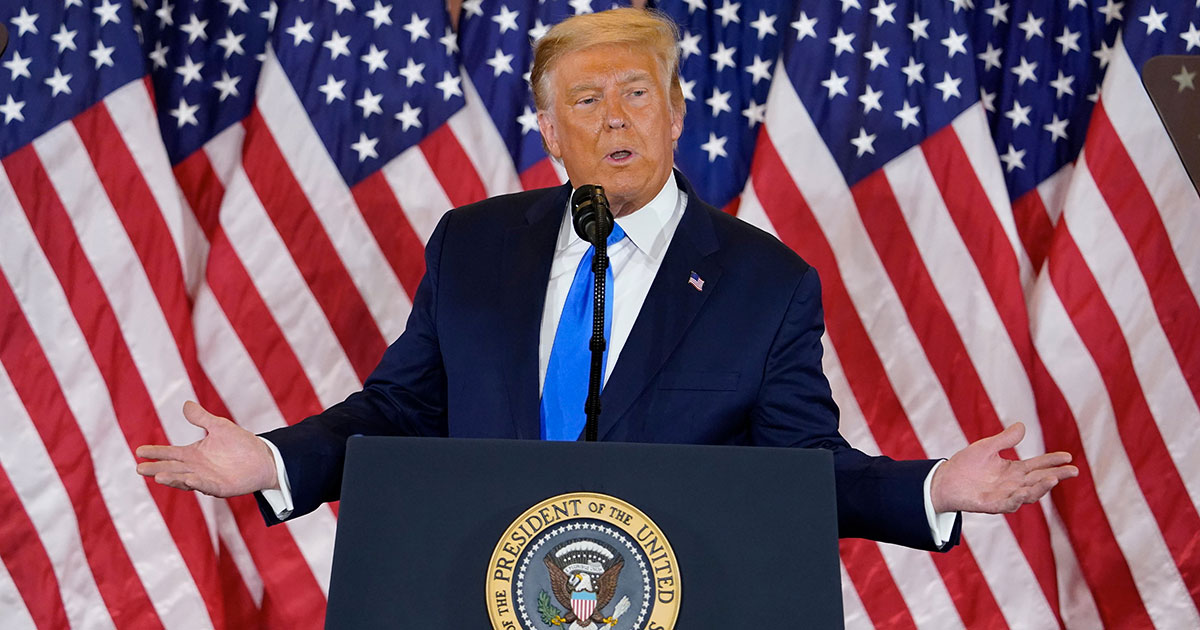 Government officials are reportedly concerned over the safety of national security as the White House gets ready for a brand new administration.

A number of current and former officials, as well as political experts, have labeled President Donald Trump a “classic counterintelligence risk” thanks to his habit of attacking federal agencies that dare to go against him.

More recently, the president has completely undermined the USA’s voting process by falsely claiming that he’s been cheated out of a second presidential term … with absolutely ZERO evidence to back those claims up.

Those at the top of the government totem pole fear that Trump will continue his aggression by disclosing classified information during his last weeks in office or even long after his presidency.

“Anyone who is disgruntled, dissatisfied or aggrieved is a risk of disclosing classified information, whether as a current or former officeholder,” said former CIA officer David Priess. “Trump certainly fits that profile.”

Officials also pointed to Trump’s financial issues as a reason for him to possibly want to expose classified information.

“The human condition is a frail one. And people in dire situations make dire decisions. Many of the individuals who’ve committed espionage against our country are people who are financially vulnerable.”

In addition to declassifying information, officials believe Trump would also destroy documents in a desperate attempt to sabotage Biden’s presidency or to stop negative information from coming out about his own administration.

FWIW, while the Presidential Records Act requires the president to keep all documents related to their duties, it is loosely enforced.

Meanwhile, experts say American citizens need not worry about Trump exposing U.S. intelligence … because even though the man spent four years in the Oval Office, he wasn’t really paying attention to what was going on around him.

“A knowledgeable and informed president with Trump’s personality characteristics, including lack of self-discipline, would be a disaster,” said Jack Goldsmith, who is the co-author of After Trump: Reconstructing the Presidency and ran the Office of Legal Counsel at the Justice Department in the George W. Bush administration. “The only saving grace here is that he hasn’t been paying attention.”