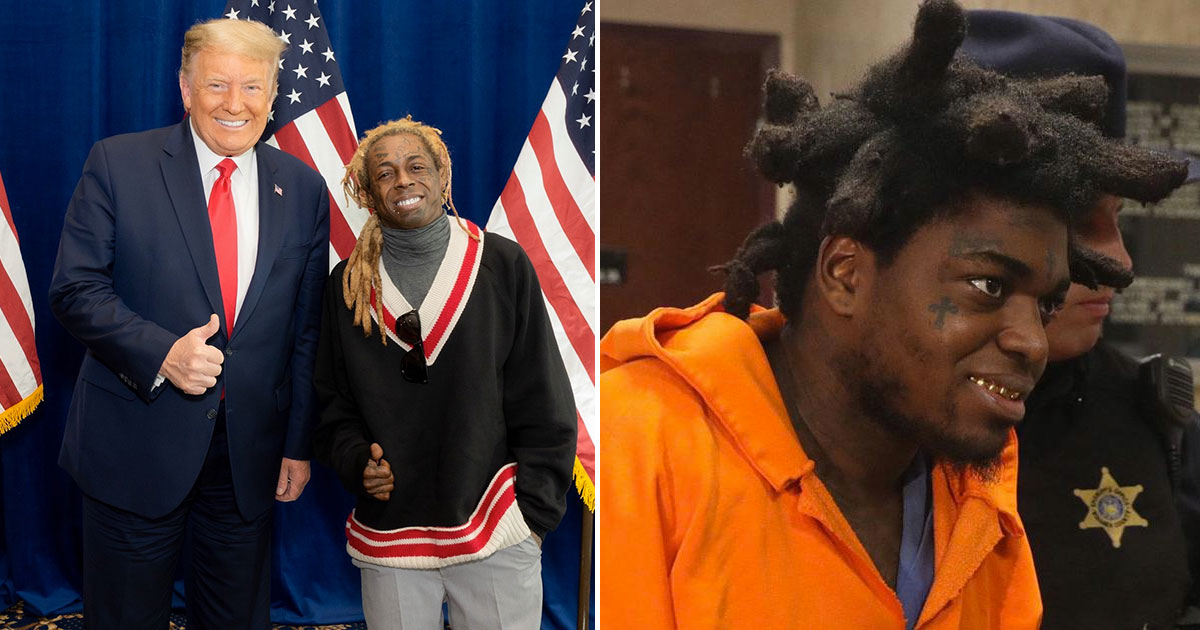 Now-former President Donald Trump used the last hours of his time in the White House to issue presidential pardons and sentence commutations to nearly 150 people, including rappers Lil Wayne and Kodak Black.

The pardons came days after reports claimed that the rappers were among those the Kandy Korn Koated-in-Chief planned to pardon before the end of his presidential term.

Lil Wayne was facing up to 10 years in prison after pleading guilty in December to illegally possessing a firearm, while Kodak Black was sentenced to 46 months in federal prison after he was convicted of falsifying documents to purchase a firearm.

Kodak’s sentence has been commuted and Wayne—who would have faced sentencing on Jan. 28th—will not have to serve any time despite pleading guilty to his felony charge.

While the Hip-Hop community is celebrating the fact Kodak will be coming home soon, Assistant U.S. Attorney Bruce O. Brown wrote in his motion that the rapper (who legally changed his name in 2018 Bill Kapri) “has not presented ‘extraordinary and compelling reasons’ supporting his request for release.”

Brown continued: “Stated (for) correction: (Kodak) has not presented ANY reason supporting his request for release. He merely states he is not an evil person and promises to participate in community-based programs aimed at helping the ‘younger generation.’ That simply is inadequate pursuant to the statute.”

Carter, in a tweet featuring an obvious photo opp with Trump, praised the then-president for his work on criminal justice reform and said the proposal would “give the community real ownership.”

“He listened to what we had to say today and assured he will and can get it done,” Wayne tweeted on October 29th.

Berish described the rapper as “trustworthy, kind-hearted and generous” and noted his commitment to a variety of charities, including donations to research hospitals and food banks.

Sanders referred to Wayne as “a provider for his family, a friend to many, a man of faith, a natural giver to the less fortunate, a waymaker, [and] a game changer.”

Others pardoned or had their sentences commuted by Trump on his last day in office included Steve Bannon (who pleaded not guilty to charges accusing him of defrauding donors in a fake “We Build the Wall” online fundraising campaign), Former Detroit Mayor Kwame Kilpatrick (convicted of federal charges including racketeering, extortion and filing false tax returns), Roc Nation CEO Desiree Perez (who was arrested in 1994 for drug possession and again in ’98 for grand larceny and possession of a firearm), Death Row Records co-founder Michael “Harry-O” Harris (who has served 30 years of a 25-year to life sentence for conspiracy to commit first-degree murder, and many more.