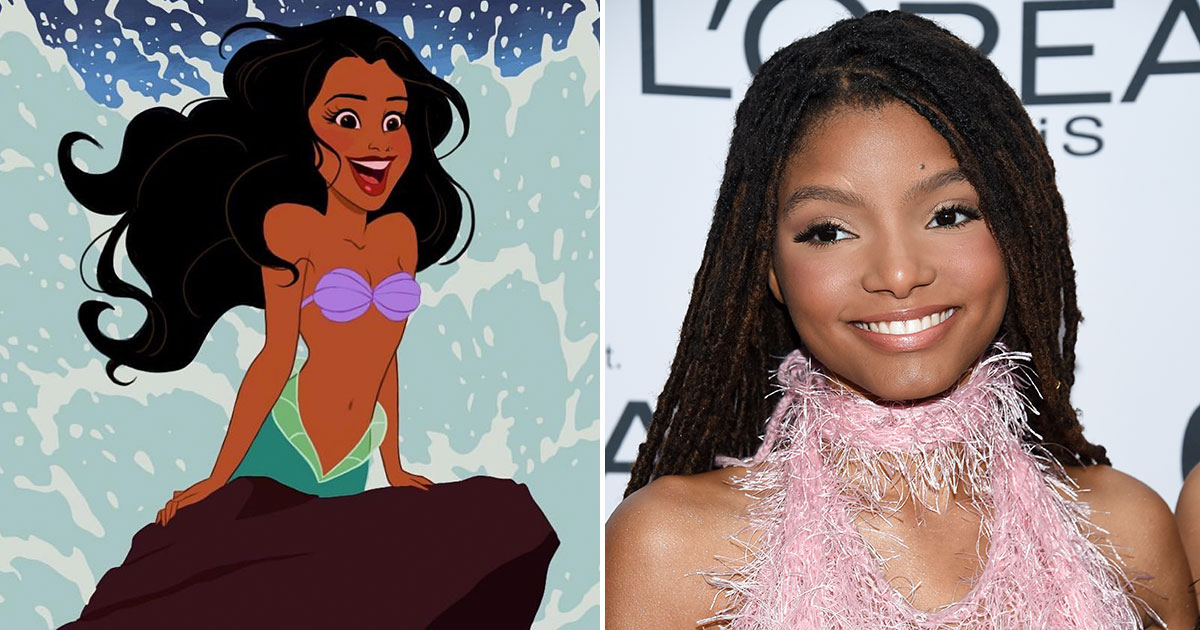 There was an unexpected, but HUGE casting announcement made today. Disney has found their live-action Ariel and she’s black!

Halle Bailey will portray Ariel in the live-action remake of The Little Mermaid!

The 19-year-old singer has been transformed from being Queen Beyoncé’s protégé to a Disney Princess. The decision was made this morning (Jul. 3) and Halle was notified soon after.

Director Rob Marshall said in a statement that Halle was the obvious choice for the iconic character, after many actresses auditioned for the coveted role.

“After an extensive search, it was abundantly clear that Halle possesses that rare combination of spirit, heart, youth, innocence and substance — plus a glorious singing voice — all intrinsic qualities necessary to play this iconic role.”

Production for Mermaid is scheduled to begin 2020.

Original Mermaid composer Alan Menken will partner with Hamilton creator Lin-Manuel Miranda to compose the music for the remake, including writing new songs to accompany the classics like “Part of Your World” and “Under the Sea.”

Halle is one-half of the Grammy-nominated R&B duo Chloe x Halle, with her older sister Chloe Bailey being her partner.

They have since toured with Beyoncé, released their debut studio album in 2018, and performed at the 2019 Grammys. They received two Grammy nominations earlier this year, including Best New Artist.

Halle and Chloe also currently star on Freeform’s grown-ish with Yara Shahidi, the spinoff to black-ish.

Many congratulations to Halle Bailey! This will certainly be a breakout role for her. Tackling, music, TV, and now film, she’s well on her way to becoming a superstar—just like her mentor.