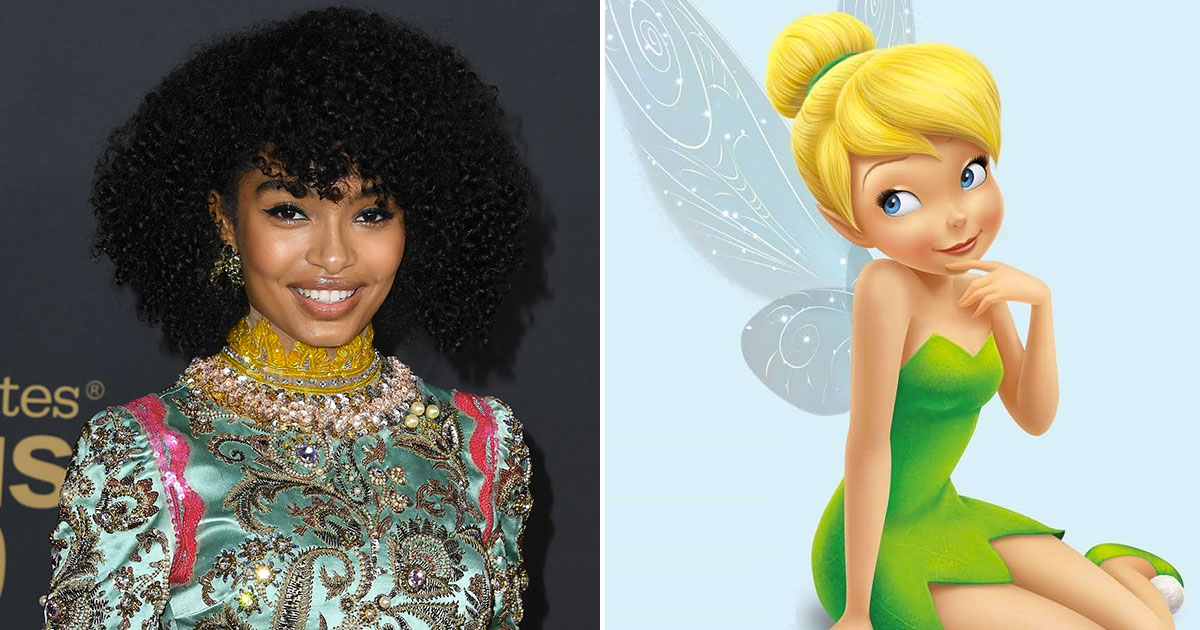 Disney has cast Grown-ish star Yara Shahidi for the role of Tinkerbell in the upcoming live-action adaptation of Peter Pan and Wendy, marking the first time a person of color has filled the role that has traditionally featured a white actress, Deadline reports.

Shahidi joins Jude Law, who will portray Captain Hook in the film, as well as Alexander Molony and Ever Anderson, who will play Peter Pan and Wendy Darling, respectively.

David Lowery, who co-wrote the script with Toby Halbrooks, will serve as the film’s director, while Jim Whitaker is on board as a producer.

Sources say the film will be released to theaters first and not Disney+, unlike many other films this year due to theater shutdowns because of the pandemic.

The news comes after Disney cast Shahidi’s Grown-ish co-star Halle Bailey (of the singing group Chloe x Halle) to play Ariel in the upcoming live-action version of The Little Mermaid.

Disney’s 1953 animated classic is still the most successful adaptation of the J.M. Barrie novel about Peter Pan, the boy who wouldn’t age and the children whom he whisks away to the magical world of Neverland. Many other studios have made their own versions on the big and small screens including Steven Spielberg’s Hook starring Robin Williams and Joe Wright’s Pan, both of which disappointed at the box office.

In novel and films, Tinkerbell is a fairy and Pan’s closest friend and was famously played by Julia Roberts in Spielberg’s retelling. In recent years, Disney has been open to allowing any actor play a role that was originally limited to Caucasian talent, making waves after setting Bailey to play the mermaid Ariel. With Tinkerbell, the studio and Lowery wanted to do the same from the get go and quickly pursued Shahidi, whose star has been on the rise for some time.

Shahidi had her break-out role on the ABC sitcom Black-ish as Anthony Anderson and Tracee Ellis Ross’ daughter Zoey. Her character became so much a fan favorite that she was given the spinoff series Grown-ish chronicling Zoey’s college years. Following the success of the show, ABC Studios recently signed her to an overall deal.

On the film side, she recently starred in the YA adaptation of The Sun Is Also a Star opposite Charles Melton.

Congrats to Yara Shahidi for snagging such a major film role!