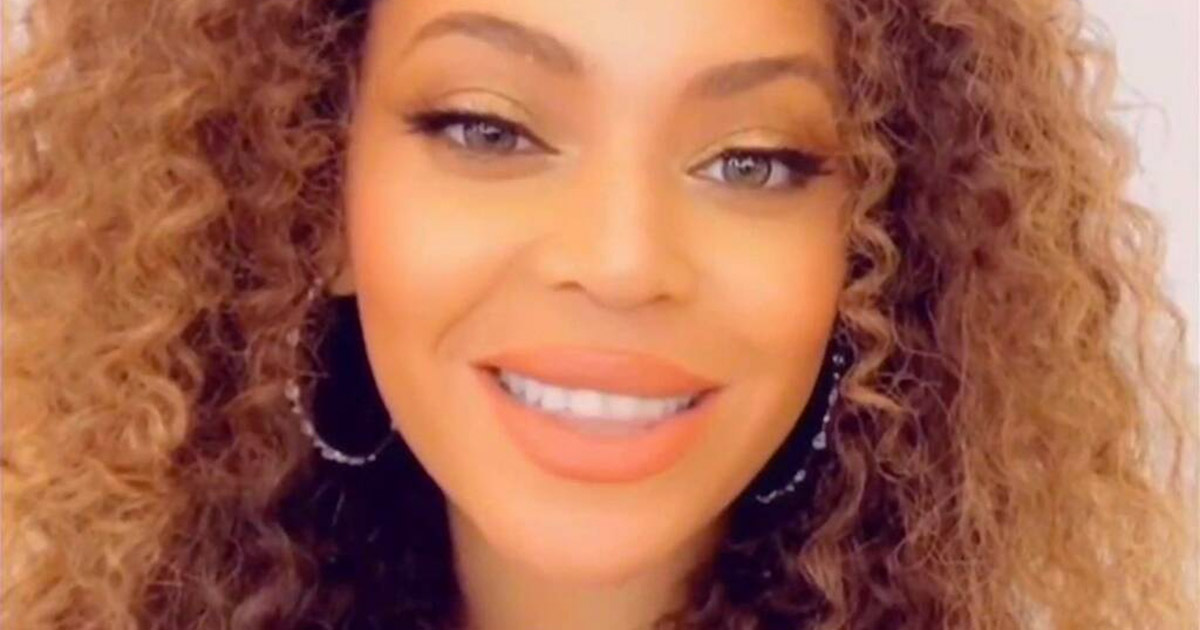 Beyoncé is known for surprising her fans in various ways, and she did just that by appearing during ABC’s “Disney Family Singalong.”

Prior to the special airing, ABC announced that a “special guest” would be joining a list of musicians who were going to sing classic Disney songs via live stream Thursday night (Apr. 16), and fans were pleasantly surprised when Beyoncé—who starred in 2019’s “Lion King” remake—popped up on the screen to perform “When You Wish Upon a Star” from Disney’s “Pinnochio.”

“Hello to all of the families across the world,” Beyoncé said. “I’m very proud and honored to be a part of the Disney family and to help present the Disney Family Singalong in partnership with Feeding America. I’d like to dedicate this song to all the healthcare workers who have been working tirelessly to keep us healthy and safe. We greatly appreciate you.”

As the song ended, she added: “Please hold on to your families tight. Please be safe, don’t give up hope. We’re going to get through this, I promise. God bless you!”

LISTEN: Beyonce performs "When You Wish Upon a Star" and dedicates the song to health care workers.

The BeyHive went nuts on Twitter after the Queen’s brief appearance and her name quickly became a worldwide trending topic on the popular social media platform.

Beyoncé has now entered the Top 10 trends in the US following her appearance in the #DisneyFamilySingalong ! ?? pic.twitter.com/N16aTabo21

How dare they spring Beyoncé on us with absolutely no warning I’m crying ??? #DisneyFamilySingalong

ABC didn’t even bother to put the lyrics up for Beyoncé’s song. They said don’t you even THINK about singing when Beyoncé sings!!!!! #DisneyFamilySingalong pic.twitter.com/ANnWHiD9u2

BEYONCÉ IS SINGING WHEN YOU WISH UPON A STAR ON ABC pic.twitter.com/SQM7rqHbNB

other celebs: hang in there!
me: fuck y’all
Beyoncé: we’re gonna get through this??

The fact that we all watch this for Ariana and we got Beyonce as a surprise #DisneyFamilySingalong pic.twitter.com/PfYu1wXxsC

me when BEYONCÉ popped up on my screen #DisneyFamilySingalong pic.twitter.com/L03LmvfW0R

me seeing beyonce on my screen after the commercial break #DisneyFamilySingalong pic.twitter.com/33bY8ymAzo

Me: ha.. this singalong is corny as heck

Beyoncé: *Sings ‘When You Wish Upon a Star’

NOW WHY WOULD THEY NOT TELL US THAT BEYONCE WAS PERFORMING! I MISSED IT! #DisneyFamilySingalong