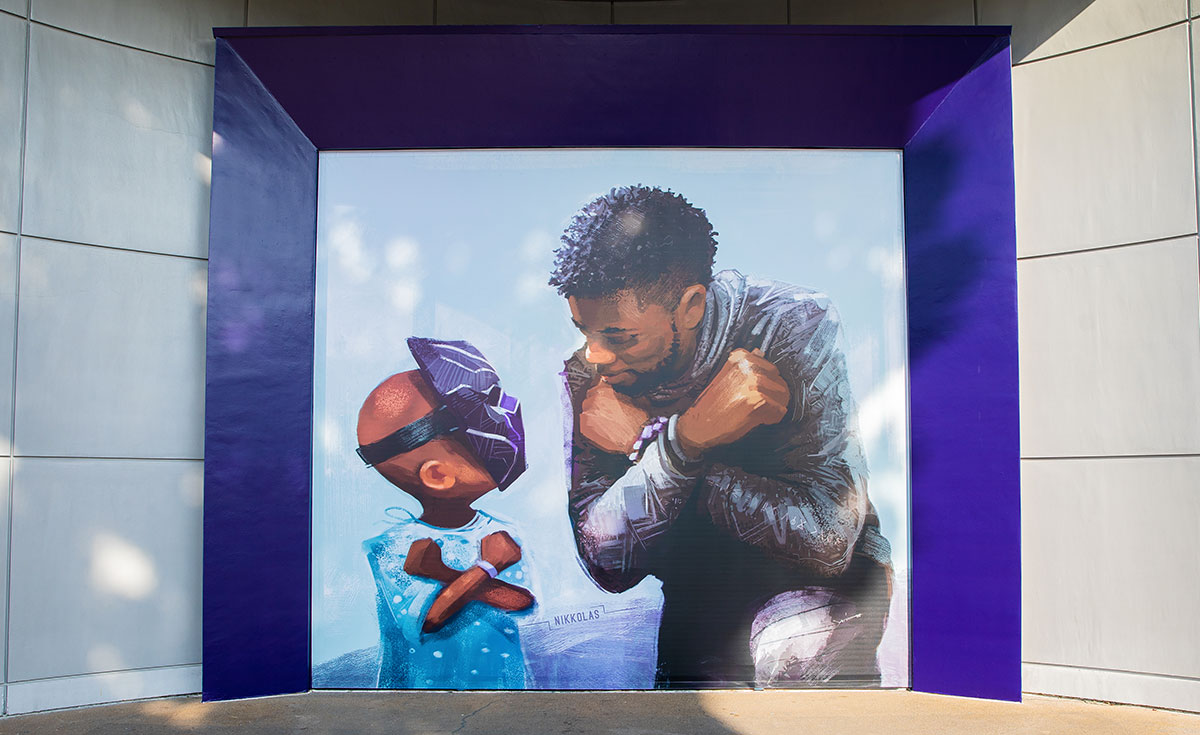 Chadwick Boseman is being honored with a mural at Downtown Disney in Disneyland in California.

Boseman, who passed away from colon cancer last month at the age of 43, famously visited children with cancer at St. Jude Children’s Research Hospital while also privately battling the disease.

“This one is special. My King Chad tribute is now on a wall on display at Downtown Disney,” Smith wrote on Instagram alongside a photo of him posing in front of the mural.

“It is a full circle moment for me: my final two projects as a Disney Imagineer last summer were working on the children’s hospital project and the Avengers Campus.

“To millions of kids, T’Challa was a legend larger than life, and there was no one more worthy to fill those shoes than Chadwick Boseman. I’m so thankful to be able to honor Chadwick’s life and purpose in this way. I am grateful to the Disney family for being so supportive of my journey as an artist.”

Boseman was diagnosed with stage 3 colon cancer in 2016, and over four years, the disease progressed to stage 4, his family would later reveal after his death.

Despite never speaking publicly about his diagnosis, Boseman worked through his treatment throughout much of his film career, even while filming Black Panther.

Disneyland is still closed to the public due to the COVID-19 pandemic, but Downtown Disney reopened back in July with capacity restrictions.