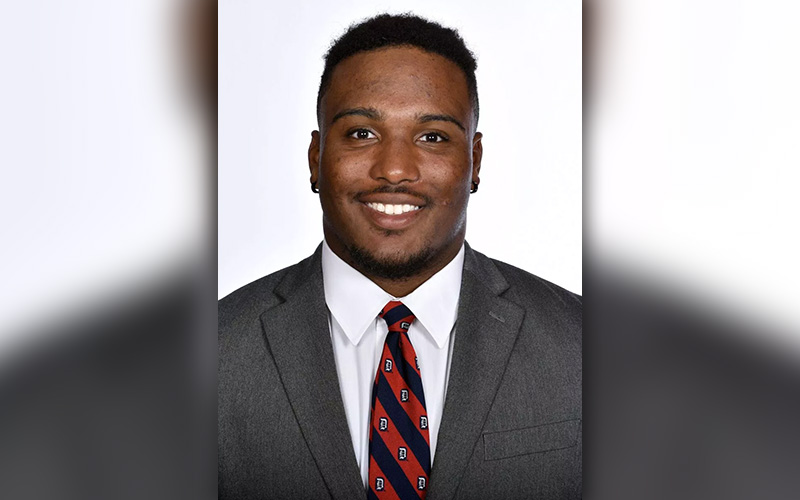 A college football player died last week after he jumped from the 16th floor of his dorm room.

21-year-old Marquis Brown—a junior running back at Duquesne University in Pittsburgh, Pennsylvania—was reportedly being questioned by campus police in Brottier Hall in response to an altercation on the 16th floor Thursday (Oct. 4) when he jumped out of the window. He was taken to Mercy Hospital in critical condition pronounced dead.

“It is with great sadness that I report that we had a tragedy on campus last night,” Duquesne University President Ken Gormley said in a message sent to students and staff on Friday.

HAPPENING NOW—-> Duquesne University works to fix the window that football player, Marquis Brown, jumped out of to his death. #WPXI pic.twitter.com/IxRP52uNxN

A friend of Brown’s and fellow student, Eric Williams Jr., said he saw him just minutes before he jumped to his death. “He was at my apartment down here,” Williams told KDKA-TV. “I just saw him 30 or 40 minutes before, so it is just shocking.”

Brown’s former football coach at DeMartha High School in Washington, D.C. shared his condolences on Twitter. “The DeMatha family is mourning the loss of Marquis ‘Jaylen’ Brown ’16,” wrote Coach Elijah Brooks. “Prayers are requested for his family during this difficult time. We love you JB!”

The DeMatha family is mourning the loss of Marquis "Jaylen" Brown '16. Prayers are requested for his family during this difficult time. We love you JB! ? #OneDeMathaForever pic.twitter.com/SJNV3KXiSg

A private memorial was held for the student-athlete at the school on Sunday (Oct. 7).

Police haven’t said anything about why they were questioning Brown and what may have led to his decision to jump, but no foul play is suspected.