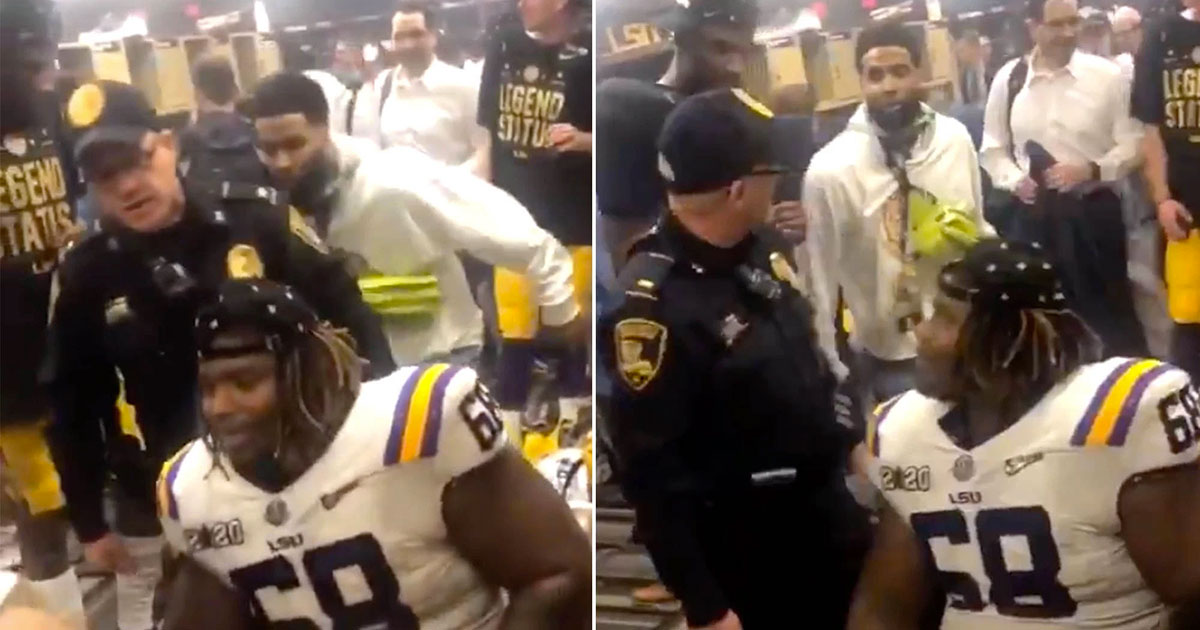 Odell Beckham Jr. is a wanted man in the city of New Orleans after a warrant was issued for his arrest following an incident in which he slapped a male police officer’s butt in the locker room of the Mercedes-Benz Superdome after LSU’s win over Clemson the 2020 CFP National Championship.

In the video, an officer can be seen scolding LSU players for smoking cigars in the locker room. At the end of the clip, Beckham—who was celebrating with the team post-game—appeared to hit the officer right on his butt.

OBJ wasn’t gonna let that officer spoil the fun.. told him to get the gat. ? pic.twitter.com/sWoWj53r42

Officials said police were originally seeking a warrant for a misdemeanor sexual battery charge, but a judge wouldn’t prove it, so instead, it was agreed that a simple battery charge was more appropriate in this case.

OBJ’S CFP National Championship game appearance was marred by controversy. Not only has he been charged with a crime, but he also got LSU in trouble with the NCAA after he allegedly gave cash to LSU players while celebrating on the field right after their 42-25 win over Clemson.

LSU officials said the cash was fake, but LSU QB and Heisman winner Joe Burrow said it was 100% real.

What does a Heisman winner do in the aftermath of winning a National Championship?

Thanks again to SeatGeek Use code GRIT for $20 off your first order @SeatGeek https://t.co/WPO2ST7jCk pic.twitter.com/2nWx0qZlsA