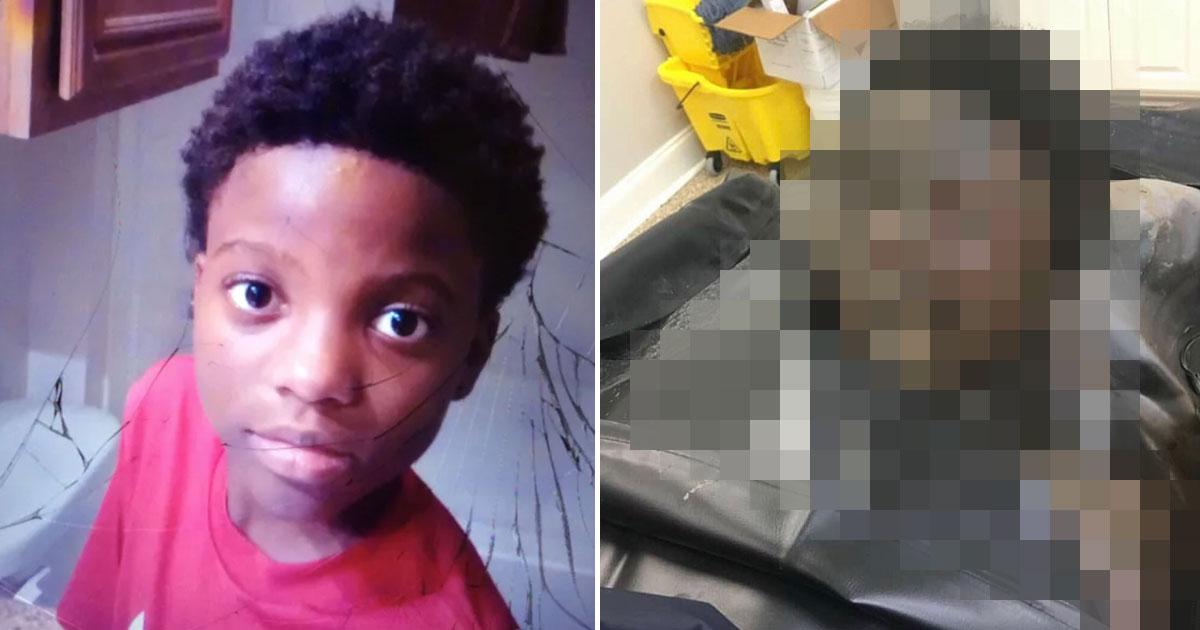 The family of a Black teen who went missing is demanding answers after his mutilated and disfigured body was found in a creek in a sugar cane field in rural Louisiana.

Quawan “Bobby” Charles’ family said they were told he drowned, but they’re now telling reporters that they’re having an independent autopsy performed as they suspect foul play may have been involved considering the state of his remains.

According to the teen’s family, Quawan (whom they affectionately called “Bobby”) was reported missing on Friday, October 30th in Baldwin—a small town in St. Mary Parish, Louisiana with a population of just over 2,000—after he left his home with a 17-year-old friend and the friend’s mother, who are white.

Earlier in the day, around 3 p.m., Quawan’s mother Roxanne Nelson called him, but received no answer. According to The Root, Quawan had recently moved in with his father in Baldwin.

The fact that he didn’t answer the phone was confusing to Nelson because, as reported by The Root, “Quawan couldn’t stop talking about how he wanted to grow his hair out and had asked her to take him to get a lineup. So why wasn’t he answering the phone like he usually did?”

More via The Root:

When she reached out to Quawan’s father, Kenneth Jacko, Kenny checked the door to his son’s bedroom and knocked. No answer. But you know how teenagers are—Quawan was probably asleep. Or maybe he was on those headphones. Or, perhaps, he was just being Quawan.

“He was always to himself,” Quawan’s cousin and family spokesperson Celina Charles told The Root. “He didn’t really talk much. He basically stayed to himself.”

Kenny was sure Quawan would reply soon. He wanted that haircut. Roxanne called again. Nothing. After a little coercing, She convinced Kenny to just go into Quawan’s room but the door was locked from the inside.

By the time Kenny managed to open the door, he was ready to give Quawan a piece of his mind. There was just one problem: Quawan was gone.

Roxanne rushed to Baldwin. On her way to Kenny’s house, she flagged down a Baldwin police officer and told him that their teenager had gone missing. The officer gave a curious response.

“They brushed her off,” Charles family attorney Ronald Haley told The Root. “They told her things such as ‘Look, he’s probably at a football game; He’s probably with some friends.’ Basically, don’t worry about it.”

Roxanne continued to tell law enforcement officers that something was wrong, but according to Haley: “They just kept on getting collective indifference from, from law enforcement.”

“And then the next night went by—still no Bobby,” Celina recounted. “The first [of November] went by. No Bobby. So on [November 2nd], they got to the point where they decided to go out and try to find some answers.”

After three days of searching, one of Quawan’s friends mentioned that he last saw the teenager in the car with a white lady and her teenage son, which they passed along to the police department, who were beginning to take the youngster’s disappearance seriously.

The mother of the teenage son admitted that she picked Quawan up to “go hang out with her son,” but after that, she doesn’t know what happened, according to investigators hired by the family. Neither Quawan’s mom or dad had ever met this 17-year-old son or his mother according to The Root’s interviews with Quawan’s family members and attorneys.

“She was very coy in regards to what happened with Bobby after they picked him up,” said Haley. “But we know Bobby didn’t tell his father that he was leaving.”

On November 3rd, four days after Quawan was initially reported missing, police broke the sad news to his family that his body had been found in a creek in a rural area off Ed Broussard Rd. near Loreauville, which is about 23 or so miles north of Baldwin (about a 30-minute drive).

Quawan’s family said police told them he’d drowned, but gruesome postmortem pictures (WARNING: VERY GRAPHIC, VIEWER DISCRETION ADVISED) taken by the family show that his body was mutilated, and his face was so disfigured that he’s being compared to Emmitt Till, who posthumously became an icon of the civil rights movement after he was lynched by racist white people and dumped in a Mississippi river.

The family also shared with The Root a recording of an anonymous woman who called Quawan’s mother with information that the woman who allegedly picked up Quawan could be withholding important information from police in regards to the investigation into the boy’s death.

The caller claimed that she randomly confronted her son about his unusual behavior and he revealed that something had been “eating him up.”

Allegedly, the white family who picked up Quawan may have been high on mushrooms and the son reported that the car curiously smelled like bleach.

In any case, the son reportedly admitted to being introduced to Quawan on the day he went missing.

The Baldwin Police Department has since passed the case along to the Iberia Parish Sheriff’s Department, who released the following statement on Tuesday (Nov. 10):

“Anyone with information concerning this death is urged to contact Detective Jarred Spurlock of the Iberia Parish Sheriff’s Office, Bureau of Investigation at 337-369-3711.”

As of today, no one has been arrested or charged in Quawan Charles’ death.

And in addition to seeking an independent autopsy to circumvent the police’s lack of transparency, Quawan’s family is now calling for the arrest of any individual(s) who was/were involved in his death, and have asked to see the coroner’s preliminary findings.

The family also wants to know why the Baldwin Police Department didn’t take their case seriously and failed to send out an Amber Alert to help find Bobby.

“If Quawan was a little white girl, Louisiana would be turned upside down right now trying to figure out what happened,” local community activist Jamaal Taylor told The Root.

“We want the officers involved that took no action placed on leave. We need an investigation into what happened and why they failed to issue an Amber alert at the time of the report of this young man going missing. And, more importantly, why they blew it off and told the parents to go look for the child at a football game.”

Added co-attorney Chase Trichell: “We just want to know what happened. No one has been arrested. They won’t even say if they have suspects. Even if the Iberia Sheriff doesn’t have answers, at least they can tell us where to start asking questions.”

For the time being, Bobby’s family is raising money to fund the costs of their private investigation into his death via GoFundMe (WARNING: A GRAPHIC PHOTO OF HIS BODY IS PUBLISHED THERE). To date, they have raised over $125,000.

“I’m devastated. I never thought this would happen to my son,” Bobby’s mother, Roxanne Nelson, said. “I just want justice for my son.”