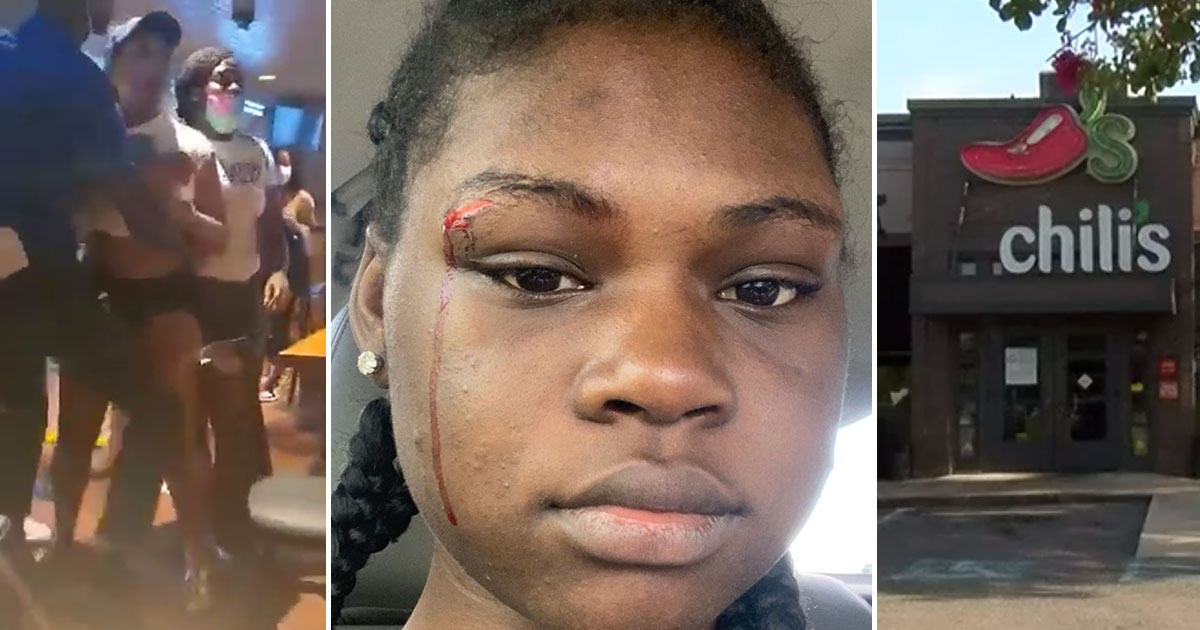 A teenage hostess at a Chili’s in Baton Rouge, Louisiana says she was attacked by a large group of women after she told them they wouldn’t be able to sit together, per the restaurant’s new COVID-19 social distancing policies … and a portion of the attack was captured on video.

17-year-old Kelsy Wallace said on Sunday (Aug. 9), a group of at least 11 women came into the restaurant on Constitution Avenue requesting to sit together at one table.

“My general manager and my other managers tell us we cannot sit a table bigger than six because of the corona. We are supposed to separate them,” Wallace told WAFB. “And they got upset, so the first thing I did was go get my manager,”

Wallace said after she called on her manager, the group of women grew even more irate, and they started exchanging words with the teen. The verbal spat then quickly turned physical.

“But then one girl come and she just hit me; we just started fighting. And all everybody who they was with just started hitting me, and the lady who pushed me first, she takes the wet floor sign, cocks back, and hits me with it in my eye,” Wallace said.

The police were called to do a report, but by the time they arrived, all of the women had apparently left the restaurant.

Wallace went to the hospital and had to get stitches above her eye. Some of her hair had been ripped from her scalp as a result of the altercation, and she also had a few broken nails.

Wallace’s grandmother said she was in disbelief over what happened to her granddaughter.

“I couldn’t believe they would do or act like that, and then I mean, grown women, to fight a 17-year-old child at her job, who’s trying to work to get her graduation things together so she can go off to college,” Lorrain Byrd said.

Wallace, also in pure disbelief over the incident, says she was simply doing her job before she was attacked.

“I was just trying to follow the rules and make sure that I wasn’t going to get in trouble. Like this is just overwhelming. I just cannot believe that this happened to me of all people.”

Wallace is a straight-A student at Broadmoor Senior High School at EBR Career and Technical Education Center, and she’s also studying to be an EMT.

She said she’d been working at Chili’s as a hostess since June to try and make a little extra cash. She’ll be heading back to school soon, but says she will not be returning to her job at Chili’s.

A representative from the restaurant chain provided the following statement regarding the incident:

“We care deeply for every ChiliHead and are disappointed by the incident that took place at our Baton Rouge Chili’s on August 9.

“We do not tolerate violent behavior in our restaurants, and are taking this incident very seriously as the safety and health of our Team Members and Guests is our top priority.

“Following this unprovoked attack, we immediately provided medical attention to our Team Member and called the local police department who is looking into this situation.

“We have made several attempts to contact the impacted Team Member and her family since the incident to provide support, but unfortunately have not received any response.”

Kelsy’s family started a GoFundMe since she’s afraid to return to work. As of writing, the page has raised just under $13,000.