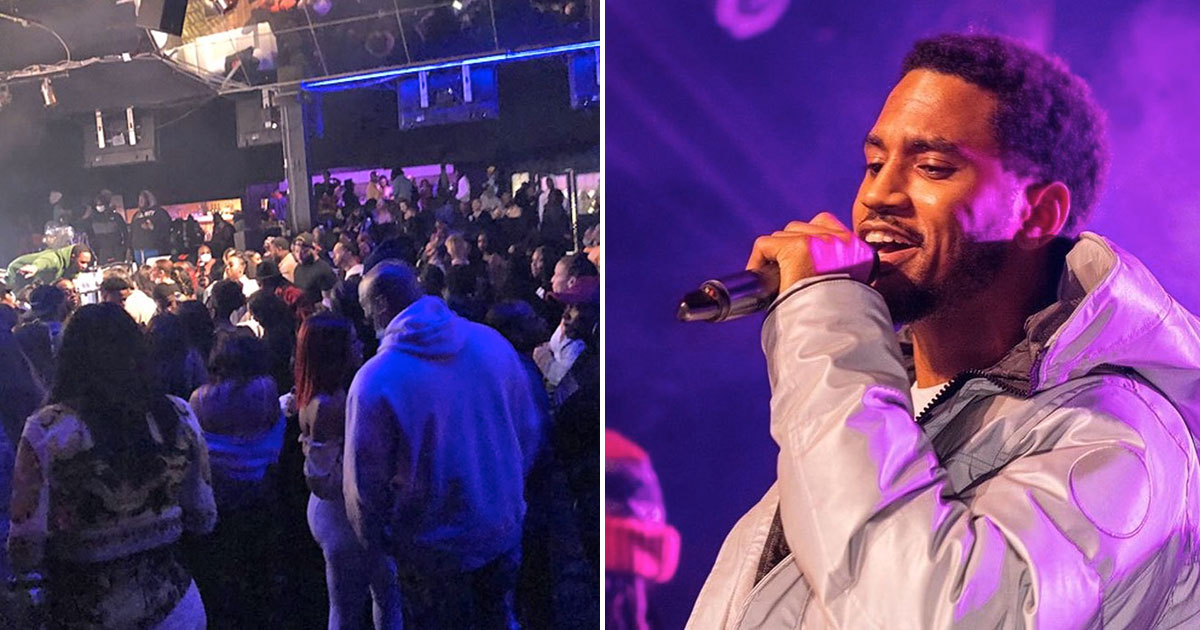 Y’all out here risking the Rona for Trey Songz?!?

Not even a global pandemic can stop some people from wanting to crowd into small spaces to see their favorite artists perform in concert.

An Ohio nightclub is in trouble with the law after the owners violated COVID-19 health orders by allowing hundreds of people to attend an indoor Trey Songz concert over the weekend.

According to NBC News, Aftermath club in Columbus was cited for “improper conduct” and “disorderly activities” after approximately 500 patrons were seen by undercover agents with the Ohio Investigative Unit sharing alcoholic beverages and making zero attempts to social distance from each other.

Investigators added that the venue also didn’t have any physical barriers in place to encourage social distancing, and on top of all of that, most of the employees and patrons were NOT wearing masks … as if were 2019.

Photos of and videos posted from inside the nightclub Saturday night (Dec. 5) show the mostly maskless patrons near the stage as Trey Songz performed.

This is especially concerning, considering Songz himself previously revealed that he tested positive for COVID-19, though he has since recovered from the disease.

“If you had taken that event and put it in 2019, it would have been pretty much the same concert, same event that was taking place last night.”

The Ohio Investigative Unit has referred the case to the Ohio Liquor Control Commission, which may issue penalties, including fines and/or the suspension or revocation of the venue’s liquor permits.

As of Tuesday (Dec. 8), Ohio has reported over 484,000 COVID-19 cases and more than 7,000 deaths. Franklin County, which is included in the Columbus MSA (Metropolitan Statistical Area) has nearly 61K of those 484K cases and 10% of the state’s deaths.