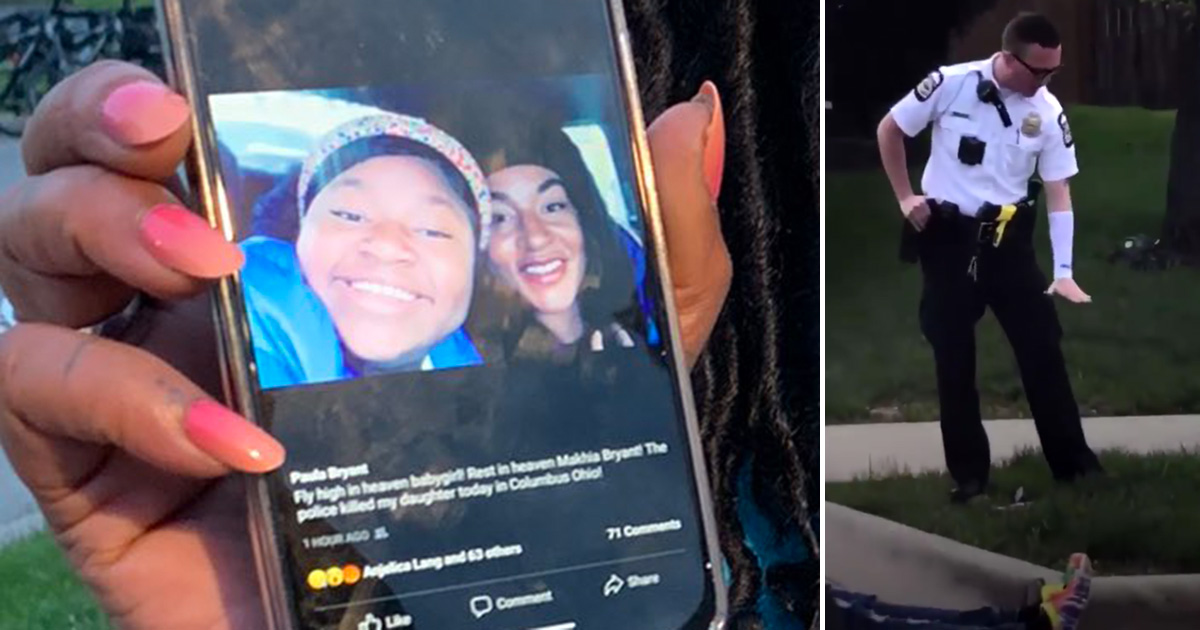 Just as the guilty verdict was being announced in the murder trial of former Minneapolis police officer Derek Chauvin, a teenage Black girl was shot and killed by police in Columbus, Ohio.

A family member has confirmed that the victim was 16-year-old Ma’Khia Bryant.

Officers were called to the 3100 block of Legion Lane, north of Chatterton Road, just after 4:30 p.m. for a disturbance.

The family says Bryant called the police for help because girls were fighting outside her house.

Bryant was taken to Mount Carmel East in critical condition where she was later pronounced dead.

In a statement tweeted Tuesday evening, Mayor Andrew Ginther said “a young woman tragically lost her life” and that there is body camera footage of the incident. Ginther asked for people to “remain calm” and allow investigators to gather the facts.

Member of Mother’s of Murdered Columbus Children and others have gathered in the area, one person with a sign reading “enough is enough” and another with “Black kids matter.”

The Ohio Bureau of Criminal Investigation is on the scene for the investigation.

Paula Bryant tells me her 16 year-old daughter Ma’Khia Bryant was an honor roll student and a sweet child. Ma’Khia was shot and killed by a @ColumbusPolice on Legion Lane at 4:30p today. pic.twitter.com/0FfbQVEgSD

— as they do with all CPD-involved shootings. We will share information that we can as soon as it becomes available. I’m asking for residents to remain calm and allow BCI to gather the facts.

A 15 year old girl JUST got shot 4 times in Columbus Ohio by this police officer. It hasn’t even been a full 24 hrs & y’all already continuing with this shit ?????? he needs to be next!! pic.twitter.com/1L284IciHD