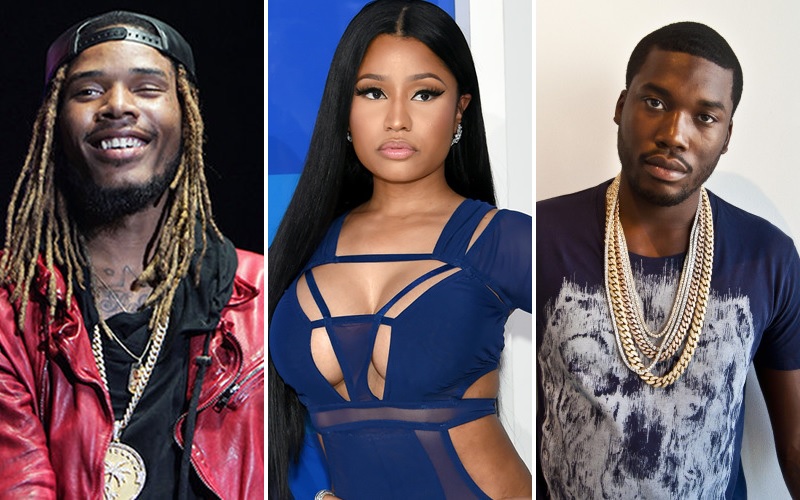 Have Nicki Minaj and Meek Mill split? Is Nicki dating Fetty Wap? These are questions we really have to ask ourselves because it’s what’s currently being reported.

According to two sources that spoke to MediaTakeOut, there’s something bubbling between Nicki and Fetty. The sources say the unconfirmed couple have recently developed a “close relationship.”

“They’re working on projects together, and maybe more.”

However, the sources were careful not say the two are “dating” or “in a relationship.” They want to “see where [Fetty’s] head is at” before making that declaration. The two hip-hop stars have also not commented on the rumors.

The new couple alert comes on heels on rumors and speculation that longtime couple Nicki and Meek have split. A cryptic caption Nicki recently posted on Instagram and Meek’s sudden deactivation of his account sparked the rumors. However, Meek’s account is again active.

The two have also been going back and forth on Instagram with shady vague posts that many interpret as jabs towards the other. Back in November, it was even suggested Meek cheated on Nicki after he posted a scandalous pic of mystery woman on Instagram. He later deleted it.

Neither Nick or Meek have commented on these rumors. However, they were both just in Turks and Caicos celebrating Nicki’s birthday. Meek left the trip early.

Since we can’t definitively confirm either of the questions I previously posed, the one thing I can say is that it’s tough to keep up with actual status of this hip-hop couple. And that may be for the best.