GOSSIPONTHIS.COM Celebs Meek Mill Reportedly Has Another Baby on the Way With a Woman... 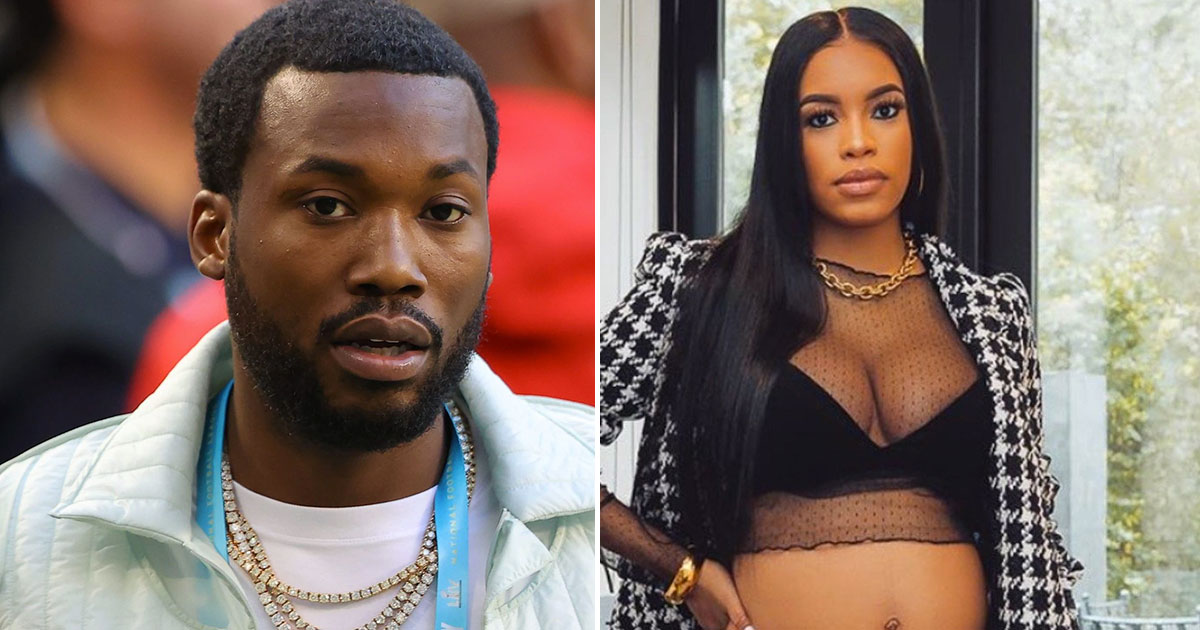 The word on the curb is that Meek Mill is expecting another baby with a woman who is NOT Milan Harris, and that’s the real reason why they broke up.

ItsOnSite, the gossip blog spearheaded by Rah Ali, shared a random text message from someone making the allegations, so this could definitely just be a rumor … however, the timing is very interesting, considering Meek just announced that he and Milan recently broke up a few days ago.

The message reads: “Word on the street is that Meek Mill has another baby and before it leaks out to the media he wanted it to be known that him and [Milano] are not together so social media won’t bash him.”

Again … none of this has been confirmed, so it should be taken with a grain of salt.

The rumors come just under three months since the birth of Meek and Milan’s son, which just so happened to be on the rapper’s 33rd birthday—May 6th.

On Sunday (Jul. 26), Meek took to social media announcing that he and Harris “came to [an] understanding” and would be raising their son as “separate parents.”

“Me and Milano decided to remain friends and build our child as separate parents … we still have mad love for [each other] but we both came to [an] understanding,” read the post on Twitter, which has since been deleted.

The rapper added via Instagram: “No fall out either just moving forward! Still love! This for protection so social media won’t think we moving wrong.” 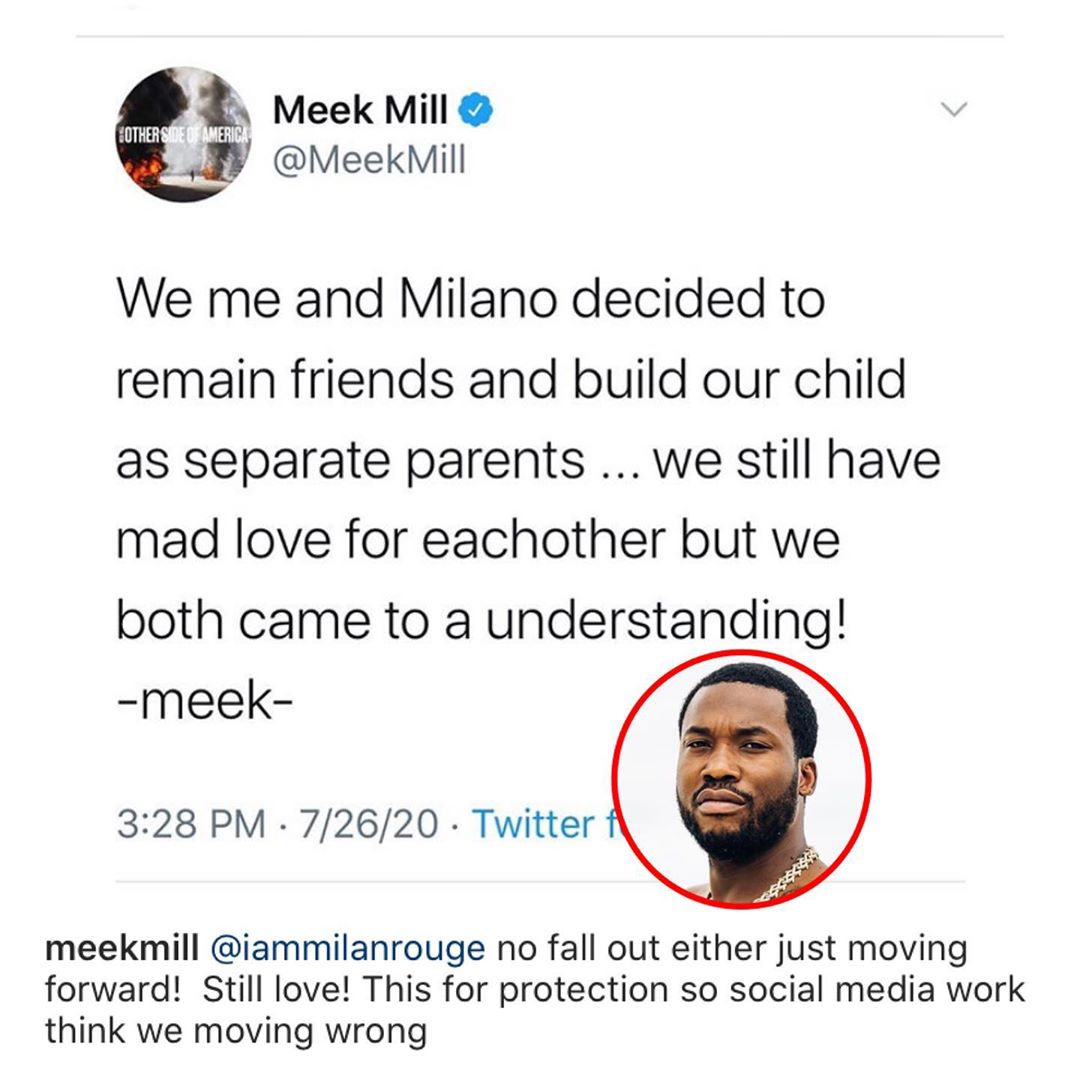 Meek has yet to speak up on the new baby rumors directly, however, the last part of his statement regarding his breakup with Milano—”This for protection so social media won’t think we moving wrong”—is VERY telling.

If true, this would make baby number four for Meek—including the baby boy he shares with Milano and his two older sons, Murad and Rihmeek, from a previous relationship.