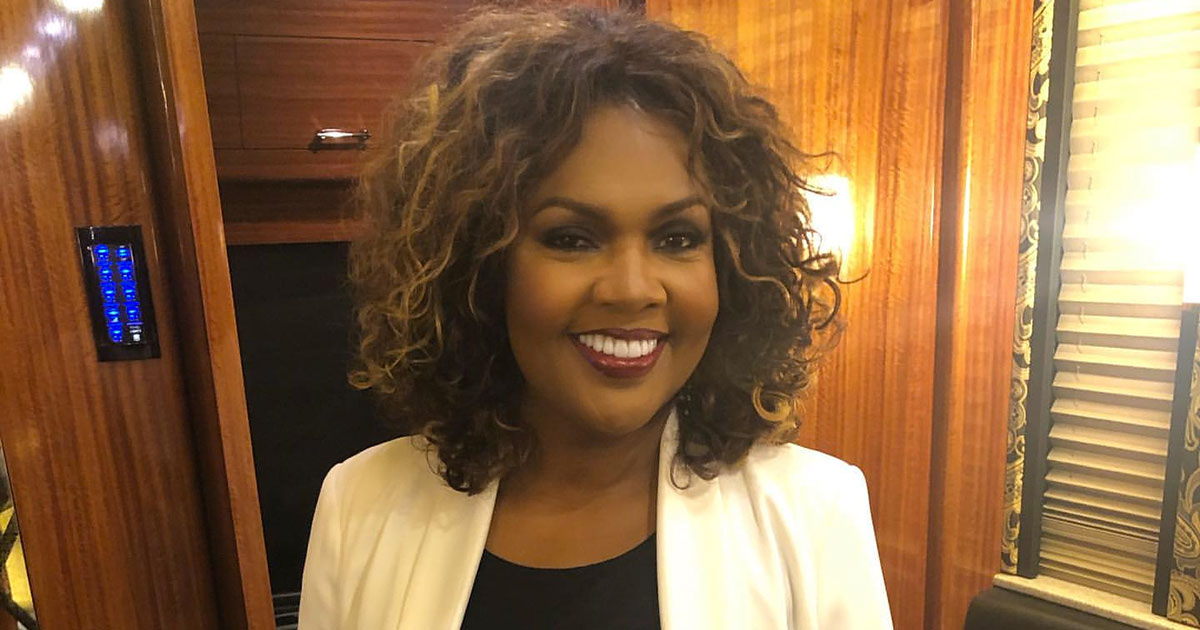 How the Trump Administration Finessed the CDC Out of $300 Million to Get Celebs Like CeCe Winans, Dennis Quaid and Others to Appear in Re-Election Campaign Ads Praising Trump’s Response to COVID-19

Just when you think 2020 couldn’t get any crazier … it goes and gets a little bit crazier.

Politico is reporting that President Donald Trump administration was somehow able to convince the CDC into giving them $300 million in order to tap celebrities like CeCe Winans, Dennis Quaid, Garth Brooks and others to participate in ads praising Trump’s response to the COVID-19 pandemic in an effort to quell concerns from Americans about the virus.

The health department is moving quickly on a highly unusual advertising campaign to “defeat despair” about the coronavirus, a $300 million-plus effort that was shaped by a political appointee close to President Donald Trump and executed in part by close allies of the official, using taxpayer funds.

The ad blitz, described in some budget documents as the “Covid-19 immediate surge public advertising and awareness campaign,” is expected to lean heavily on video interviews between administration officials and celebrities, who will discuss aspects of the coronavirus outbreak and address the Trump administration’s response to the crisis, according to six individuals with knowledge of the campaign who described its workings to POLITICO.

The public awareness campaign, which HHS is seeking to start airing before Election Day on Nov. 3, was largely conceived and organized by Michael Caputo, the health department’s top spokesperson who took medical leave last week and announced on Thursday that he had been diagnosed with cancer.

Caputo, who has no medical or scientific background, claimed in a Facebook video on Sept. 13 that the campaign was “demanded of me by the president of the United States. Personally.”

“The Democrats — and, by the way, their conjugal media and the leftist scientists that are working for the government — are dead set against it,” Caputo told his Facebook followers in the Sept. 13 video.

“They cannot afford for us to have any good news before November because they’re already losing. … They’re going to come after me because I’m going to be putting $250 million worth of ads on the air.”

Unsurprisingly … Democrats are NOT here for this and are urging the HHS to put a stop this ridiculous, deliberate propagandic attempt to sway voters, but to no avail.

The campaign is indeed under investigation by Democrats, who have charged that the massive ad blitz is an attempt to boost Trump’s standing on Covid-19 before the election and have unsuccessfully called on HHS to halt the contract. POLITICO first reported the planned campaign.

HHS has defended the campaign as proper and insisted that it will not be co-opted by political pressures.

“There is no room for political spin in the messages and materials designed by HHS to help Americans make informed decisions about the prevention and treatment of Covid-19 and flu,” said Mark Weber, a career HHS public affairs official, in a statement. Caputo delegated the project to Weber before taking medical leave.

The White House did not respond to questions about the campaign’s goal, referring questions to HHS. Two officials said it was not accurate that Trump “demanded” that Caputo work on the project.

But 10 current and former health officials told POLITICO that they have concerns about the campaign’s scope, goals and even how it has been funded — by pulling money out of health agencies like the Centers for Disease Control that are in the midst of fighting the pandemic, rather than working with lawmakers to set up a brand-new advertising effort with congressional oversight, or drawing on substantial internal resources and expertise in running health-related public service campaigns.

“CDC hasn’t yet done an awareness campaign about Covid guidelines — but they are going to pay for a campaign about how to get rid of our despair? Run by political appointees in the press shop? Right before an election?” said Josh Peck, a former HHS official who oversaw the Obama administration’s advertising campaign for HealthCare.gov.

“It’s like every red flag I could dream of,” Peck added.

The report goes on to say that Caputo, after being brought on board as the health department’s top spokesperson in April, spent months trying to convince staff of his vision, saying that he helped come up with the idea of the campaign after seeing how the coronavirus was economically devastating his hometown near Buffalo, New York.

He said he wanted to “restore hope” amid mainstream media’s fixation on bad news, according to three HHS officials.

Caputo, frustrated with the way the pandemic had hurt Trump’s image, made it his job to come up with an ad campaign to “defeat despair, fueled by pulling large sums of money from around the health department.”

Caputo’s team in June requisitioned $300 million that Congress had previously appropriated to the CDC. According to three people with knowledge of the deliberations, the request was abrupt and HHS offered minimal detail to CDC officials on how the money would be spent for the upcoming campaign.

Since providing the funds, the CDC has had little say in the coronavirus campaign’s development, despite playing a central role in previous public health awareness campaigns, such as the Trump administration’s years-long effort to fight opioid addiction.

The unusual arrangement has alarmed some department staff, who have questioned why Caputo’s team is so closely coordinating the project while excluding the professional messaging staff at CDC.

Weber, the HHS spokesperson, told POLITICO that a department-wide team of experts, including CDC, would be consulted on the campaign’s materials, although he did not specify which experts would be consulted. CDC did not respond to a request for comment.

Meanwhile, Caputo’s team used the Food and Drug Administration to fund a separate $15 million contract that quickly moved forward last month while the larger $250 million contract was still being hammered out.

Now, this is where the celebrities like CeCe Winans, Dennis Quaid, and Garth Brooks come in (emphasis ours):

The campaign is still recording the public-service announcements, which could be aired as short snippets or longer conversations, said four people with knowledge of its strategy.

In one video recorded this month, infectious-disease expert Tony Fauci was paired for a conversation with Dennis Quaid, the star of “The Big Easy” and the upcoming “Reagan,” among many other films, who had publicly praised Trump’s handling of coronavirus earlier this year.

“[A]t the request of HHS, Dr. Fauci did an interview with Dennis Quaid for a PSA campaign,” said a spokesperson for his agency, the National Institute of Allergy and Infectious Diseases. The spokesperson said the agency was not privy to further details and referred questions to HHS.

A representative for Adams did not respond to request for comment.

Caputo’s team also has considered involving well-known figures like Dr. Oz and other members of the President’s Council on Sports, Fitness & Nutrition, an advisory board of athletes and celebrities that is overseen by HHS, said three individuals with knowledge of the planning.

One official said that Oz would be a particularly good fit in the campaign because of his medical credentials and previous conversations with Trump and senior appointees.

Public health experts have critiqued Oz’s praise for hydroxychloroquine, a malaria drug that Trump favored to fight coronavirus despite scant evidence, and some of the TV doctor’s other pronouncements about handling the outbreak that they say are not grounded in science.

A spokesperson for Oz did not respond to questions about whether the TV host had discussed a role in the administration’s Covid-19 campaign, but on Friday said that Oz “is not scheduled to participate at this time.”

Officials also have discussed the participation of musician Garth Brooks, whose daughter tested positive for coronavirus this summer, for a potential role in the advertising campaign, said two people with knowledge of the plan. Representatives for Brooks did not respond to request for comment.

Brooks was invited to perform at Trump’s 2017 presidential inauguration but declined the request, saying that he had a conflict with his touring schedule.

Health officials have approached deploying the videos “like a political campaign with surrogates” tailored to winning over specific populations, said one individual who’s spoken with Caputo.

For instance, Caputo discussed deploying videos of Winans in conversation with Adams in urban markets, to shore up the administration’s messaging with Blacks. Both Winans and Adams are African-American.

A representative for Winans confirmed her involvement in the videos, praising Adams for his part in the conversation.

“She volunteered her time participating in the PSA and was happy to do so because of her concerns about how Covid has and is impacting the African American community,” Chaz Corzine, a spokesperson for Winans, wrote in an email to POLITICO.

Representatives for Quaid did not respond to requests for comment.

The health department defended the decisions to enlist celebrities, with a spokesperson saying that “the entertainment industry and the news media can have a major influence on people’s beliefs and behaviors.”

Weber, the HHS spokesperson, said in a statement that “working in partnership with entertainers is one tactic being pursued to reach targeted audiences with public health messaging.”

But some current and former HHS officials said they were concerned that the ads would feature political appointees like Adams, who was a top health official for then-Indiana Gov. Mike Pence before being tapped by Trump to be U.S. Surgeon General in 2017.

“The idea that you’d have administration officials in an ad that airs before the election strikes me as odd,” said Peck, who managed the advertising for HealthCare.gov.

As you can probably imagine, Black Twitter is not reacting well to the revelation that CeCe Winans is an apparent Trump supporter.

I can't believe CeCe Winans is Team MAGA. How disappointing.

Not Cece Winans! Not Priscilla! Is this a set up?! The devil is a liar!

CeCe Winans allegedly being in a video celebrating Trump’s response to COVID-19 is exactly the obsurdity I’ve come to expect with 2020.

It’s like as soon as you hear some crazy, off the wall foolishness, you remember what year this is and you just say, “well…okay then.”

I am not surprised Cece Winans supports T****. I am surprised she publicly supports him.

2020 is a real bitch. Turns out that Ice Cube is a coon and I have to let go of Cece Winans too. Smh. Fix it, Black Jesus…fix it! pic.twitter.com/kd6QmEPXH7

Well damn, @tvonetv and @BET yall gonna have to cut CeCe Winans out of all the future cookouts.

cece winans is a trumpkin? God bring me up im ready

I called and told my mama about Cece Winans and she sick…”somebody gotta explain this to me” she just keep saying this over and over ??????

Cece Winans is really out here cooning for the Orange troll?

Damn. You really truly hate to see it. 2020 is just… pic.twitter.com/Pz3WJD2THA

The Lawd really took Whitney and left Us Kim Burrell and CeCe Winans with their bullshit…. pic.twitter.com/xdI5SI6yGF

CeCe Winans wow. That has to be a mistake right?

The Black church looking at CeCe Winans in this ad. pic.twitter.com/aYHlHPJKkt

As our friends over at Love B. Scott point out … it all makes sense now in regards to BeBe Winans being hella comfortable singing at the Republican National Convention in 2012.

It really do be your own people, smh.