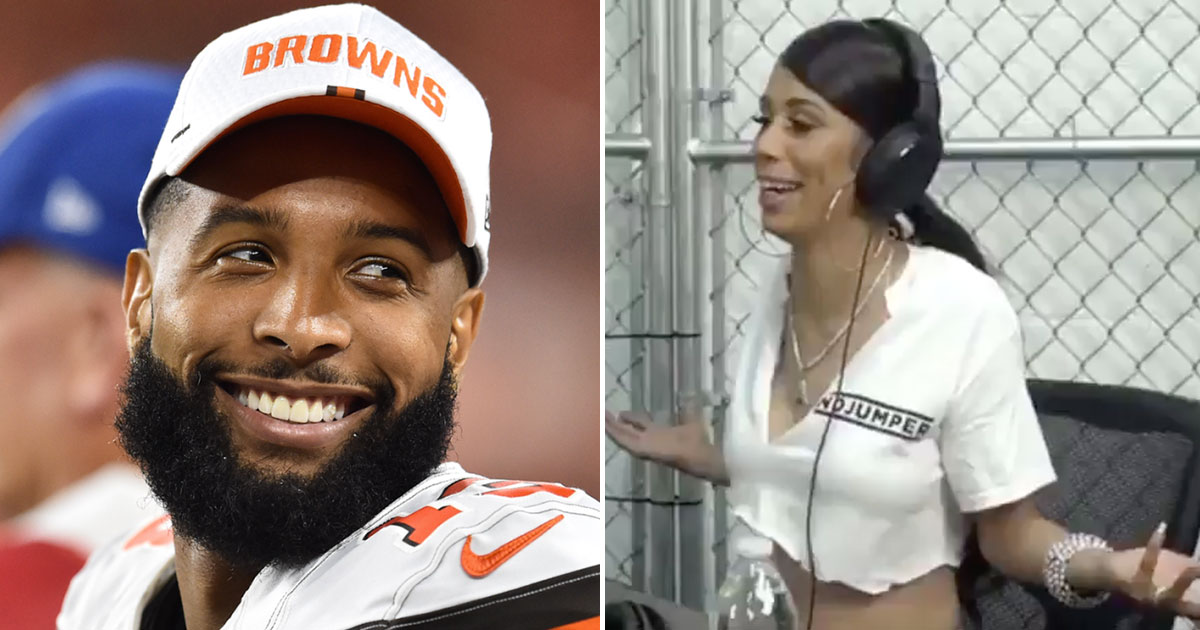 A model has come out and revealed that Odell Beckham Jr. (allegedly) has an apparent poop fetish and enjoys having women use the bathroom on him during sex.

Monday night (Sep. 7), video footage surfaced of an interview hosted by Insta-slores Celina Powell and Aliza (yes, THAT Aliza) on Adam 22’s No Jumper podcast, in which Chief Keef’s baby mama Slim Danger claims Odell “loves to be shitted on.” (Allegedly, of course, because the women said they are “avoiding lawsuits here.”)

Danger said she was ultimately unable to fulfill Beckham Jr’s alleged request because she “actually couldn’t shit.” She added: “I can do some freak a** hoe sh**, but the sh**tin’ part? You can’t just do that to me on the spot.”

The woman then went into great detail about how Odell asked her to perform the strange sex act.

Odell likes to do what ?? Na I don’t believe this woman. can’t be true ????? pic.twitter.com/rndfbLhbFW

“He was like make sure you don’t have any underwear. Don’t take a shower for 24 hours,” she recalled of the Cleveland Browns wide receiver asking her after offering to fly her out.

Slim said Odell then asked her to take a picture of herself doing the number two, so she did him one even better … she took a video of it. “So I sent it to him,” and within two hours, “I was in Houston.”

Considering the source(s), this information should be taken with a HUGE grain of salt, but that didn’t stop Twitter from reacting as follows and making Odell’s name become a trending topic overnight and into the early morning hours on Tuesday (Sep. 8):

Finding out why Odell is trending pic.twitter.com/bHo4sHFGS7

When I saw Odell trending and it was those 2 white women sitting around a microphone again pic.twitter.com/Cr24qJpeHN

Odell Beckham Jr when he wakes up and sees why he’s trending pic.twitter.com/rteVdVAXU5

Odell Beckham when a girl says her stomach is feeling bubbly: pic.twitter.com/jYi3JienlS

“Damn this chipotle really be messing up my stomach”

Odell looking at his girl on Taco Tuesday pic.twitter.com/IgjZi1A5V3

When you learn why odell is trending pic.twitter.com/OdUvLAc3s3

Odell when he takes his girl to Taco Bell and hears her stomach rumble pic.twitter.com/AaZ6YCYpP1

Just found out why Odell Beckham Jr is trending pic.twitter.com/zvgrvXMqQH

Odell explaining why he was trending pic.twitter.com/QiMgTG3wPC

Odell: “Girl put it on the phone let me hear it talk to me”