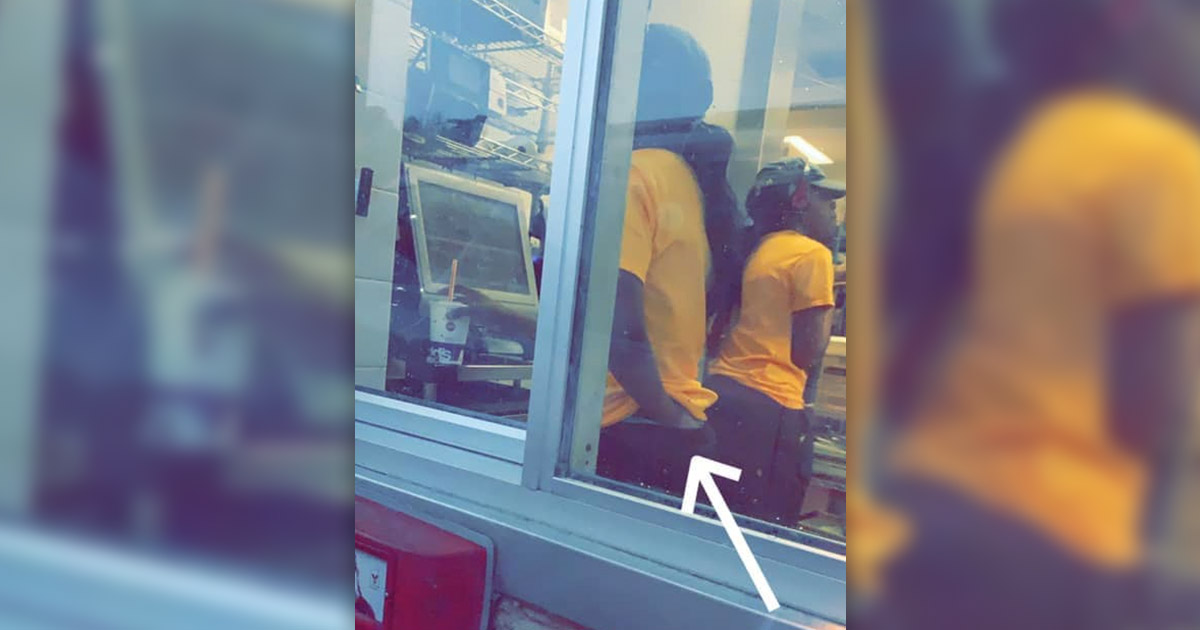 A photo of a South Carolina McDonald’s worker digging in her butt while working the drive-thru has gone viral on social media.

Facebook user Griselda Blanco, who shared the photo on her page, not only called the fast-food worker out for being extremely trifling and disgusting, but also revealed that the employee got to arguing with her in the comments of her post.

Since the photo went viral, the drive-thru worker has been identified as Zimesha Jenkins.

“This is beyond me! She had the nerve to get on the post. Y’all better not eat at McDonald’s in Barnwell,” Griselda Blanco wrote in a caption on the photo.

Griselda also shared a screenshot of the McDonald’s worker Zimesha Jenkins firing back in the comments and claiming that her hands were “backwards” and not in her butt.

“Bitch you gone make a post about me make sure you tag me next time my hands are clearly fucking backwards you stupid ass hoe,” Zimesha Jenkins responded in the comments.

Facebook users were appalled to say the least about the photo especially with the coronavirus and everything going on right now.

“It’s backwards alright. Back in her ass. Ain’t no way your hands should be nowhere near the crack and your working in a restaurant!!” one Facebook user said.

Another user called Jenkins a “Mcbitch” who needs to wash her hands and stop digging in her butt.

One of Jenkins’ friends hopped in the comments and jumped to her defense, making it clear that she’s with all the smoke over her friend.

“I bet nobody under this post gone step to ha … that’s all ima say! that goes for the bitxh that made it,” Jenkins friend said to all those who had something to say.

Welp … guess it’s not safe to be getting food from the drive-thru either. We’re all doomed.