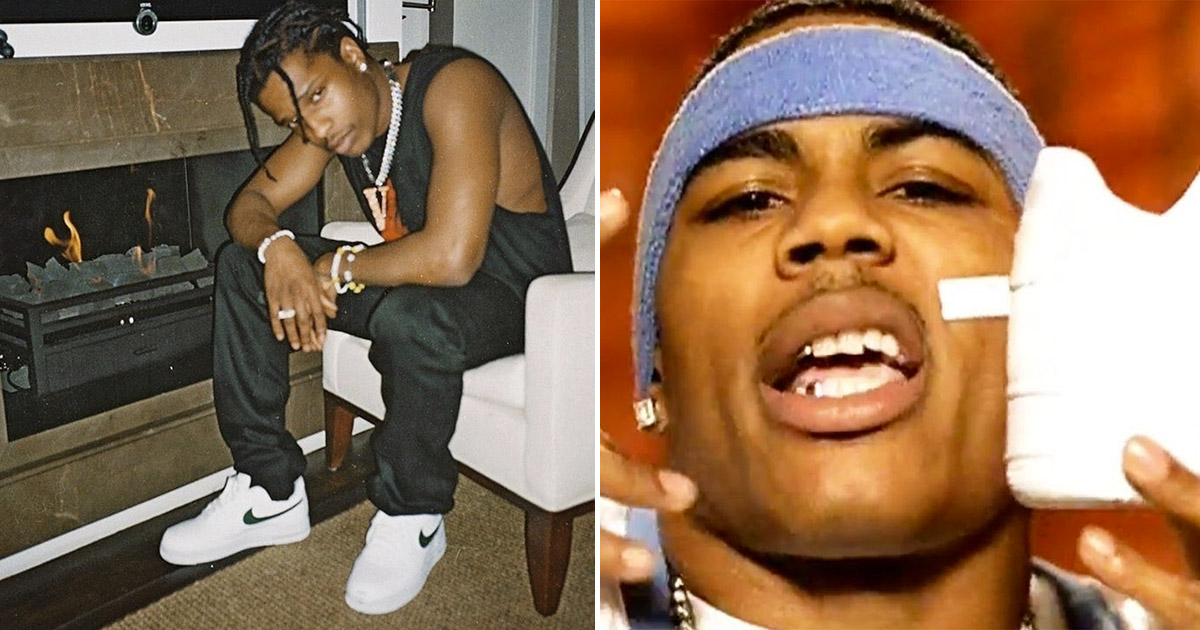 A$AP Rocky and Nelly were both trending on Twitter Thursday morning (Apr. 23) after an old interview resurfaced in which the former took credit for making Nike Air Force 1’s popular.

Back in 2015, Rocky did an Oxford Union Q&A, and during the hour-long interview, the rapper claimed he’s the reason why everyone was wearing Air Force 1’s after 2011.

He added: “You name it, we brought it back. It was nostalgic to us because we’re hip-hoppers, and I wanted to purposely be able to identify when I did certain things. It was almost like I put a trademark out there. So when people started wearing Air Force 1’s again, I stopped wearing it, and I just said I did my job, and I was right all along. I haven’t worn Air Force 1s since 2013.

Twitter responded to A$AP’s rocky claim, saying that the Harlem rapper is most certainly not responsible for the popularity of Air Force 1’s, and it’s actually Nelly’s “Air Force Ones” song, released in 2002, that sparked the trend.

Nelly is the reason everyone wears forces pic.twitter.com/vzKZarCiFl

So now everyone was rocking AF1’s before Nelly’s song????? pic.twitter.com/g8BULmMtnO

*Nelly and the St. Lunatics have entered the chat* https://t.co/jHjutqnNMK

I hope Nelly and ALL the St. Lunatics beat ya ass. https://t.co/pvDJWOBTJg

Nelly and the St. Lunatics didn’t request two purrs to be disrespected like this. https://t.co/B9TUdab6tZ

Whew – ain’t nobody thinking bout no damn ASAP when they wear Air Force’s and he definitely didn’t make them popular it was definitely NELLY – that nigga REACHING ?? nelly made them go from $50 to $80+ lol ? https://t.co/m6WurSBHIY

I’d say he’s the reason for the white kids wearing Air Forces because niggas been wearing them since the early 2000’s because of Nelly https://t.co/MMkL77AlaC

Nelly – Air Force Ones came out my junior year of high school I was working at Checkers ???and I will never forget I took my paycheck and purchased my first pair of all white Air forces ????you couldn’t tell me I wasn’t the shit pic.twitter.com/avqJM2Jem6

Nelly the reason them hoes ain’t $55 no more. https://t.co/I1JiexSQIM

Nelly still gets free Air Force ones from Nike for a song he dropped in 2002 https://t.co/9YjoMwjNSj

NELLY + THE ST LUNATICS DID NOT STOMP IN THEIR AUURR FORCE ONES TO BE DISRESPECTED LIKE THIS https://t.co/mWVstTyw0u