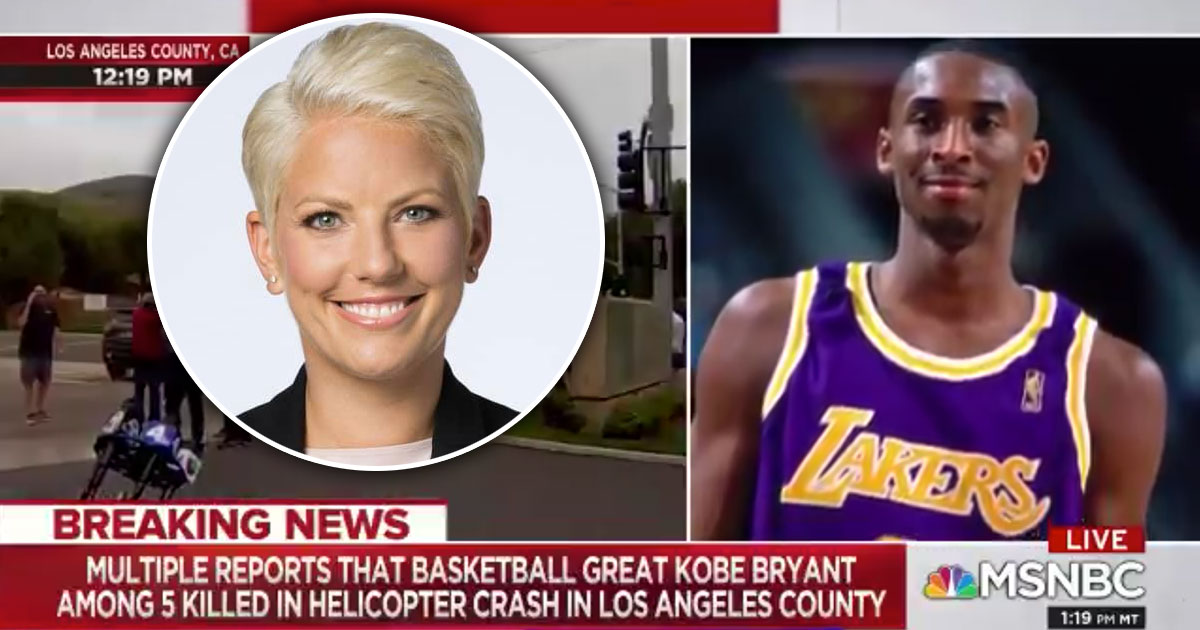 Video footage has surfaced showing MSNBC news anchor Alison Morris appearing to say the N-word while reporting on the death of Kobe Bryant.

Earlier today, it was reported that Bryant and his 13-year-old daughter Gianna aka “GiGi” were among several others who were killed in a fiery helicopter crash in Calabasas, California.

“It seems like he was just the kind of athlete, the kind of star that was perfectly cast on the Los Angeles n***ers…“

Immediately after saying what sounded very much like the n-word (the one with the HARD R), Morris, a white woman, quickly corrected herself by saying “Los Angeles Lakers,” but it was too late. The damage had already been done. You can’t put the toothpaste back in the tube.

After being dragged across Black Twitter’s internet with the quickness (Let’s be honest, we don’t “own” this shit, but we definitely own this shit), Morris later took to Twitter herself and said she NEVER used the N-word, and actually said “Nakers” by mistake.

“Earlier today, while reporting on the tragic news of Kobe Bryant’s passing, I unfortunately stuttered on air, combining the names of the Knicks and the Lakers to say ‘Nakers.’ Please know I did not & would NEVER use a racist term. I apologize for the confusion this caused.”

Earlier today, while reporting on the tragic news of Kobe Bryant’s passing, I unfortunately stuttered on air, combining the names of the Knicks and the Lakers to say “Nakers.” Please know I did not & would NEVER use a racist term. I apologize for the confusion this caused.

For what it’s worth, not many are buying what she’s selling. I mean, she gets points for the effort (Shout out to MSNBC’s PR team, I guess?), but nah, fam. YOU SAID WHAT YOU SAID.

Twitter quickly responded to Morris’ apparent Freudian slip and the overall consensus is that she should be fired immediately and expeditiously:

Alison Morris of MSNBC needs to be fired or suspended for a long, long time. There is no excuse for what she did.

Alison Morris needs to be FIRED