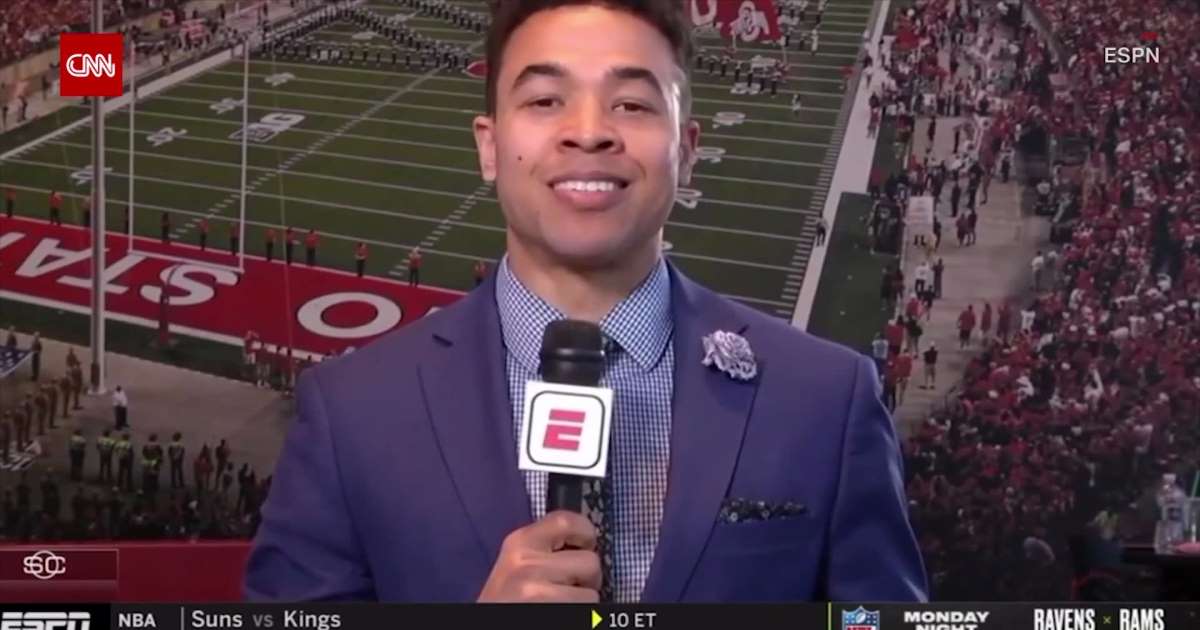 The fiancée of Edward Aschoff, the rising ESPN reporter who died on Christmas Eve and his 34th birthday, has given an update on what caused his sudden passing.

The aggressive cancer was undiagnosed and contributed to his death.

(2/9) After his passing, the hospital received the final results from his lung biopsy. Unbeknownst to us, Edward had stage 4, non-Hodgkin’s lymphoma in his lungs. This is an aggressive type of cancer that is usually undetectable until it is very advanced. pic.twitter.com/kuPHwrAXuz

(3/9) Both pneumonia and non-Hodgkins lymphoma can trigger HLH in the body and that is seemingly what happened with Edward. All of this combined is what led to his very rapid decline those last few days, and ultimately his passing. pic.twitter.com/blXaF6UJC3

Berteau shared the update to help those who knew him or connected with him through his reporting heal and grieve his unexpected death.

“I hope this information helps people in dealing with this tragedy,” she wrote.

“It has helped me knowing that his passing was inevitable, and I’m at least grateful he didn’t have to go through the painful treatment and drawn out process of battling the disease.”

“He wouldn’t have wanted to go out like that. His ass was too vain,” she jokingly added.

Berteau also requested that, in lieu of flowers, people send donations to the Edward Aschoff Memorial Fund established at the University of Florida’s College of Journalism and Communications in his honor.

“He loved mentoring and sharing his advice for up-and-coming journalists and reporters,” she wrote.

In early December, Aschoff was diagnosed with pneumonia in both lungs. He continued to get worse and doctors ran more tests.

He was then also diagnosed with HLH, a rare disease that affects the immune system and causes white blood cells to attack other cells. It can be inherited or acquired.

The combination of pneumonia and non-Hodgkin lymphoma can cause HLH.

Aschoff died on Christmas Eve, which was also his 34th birthday. He was remembered by fans and his ESPN colleagues on social media.