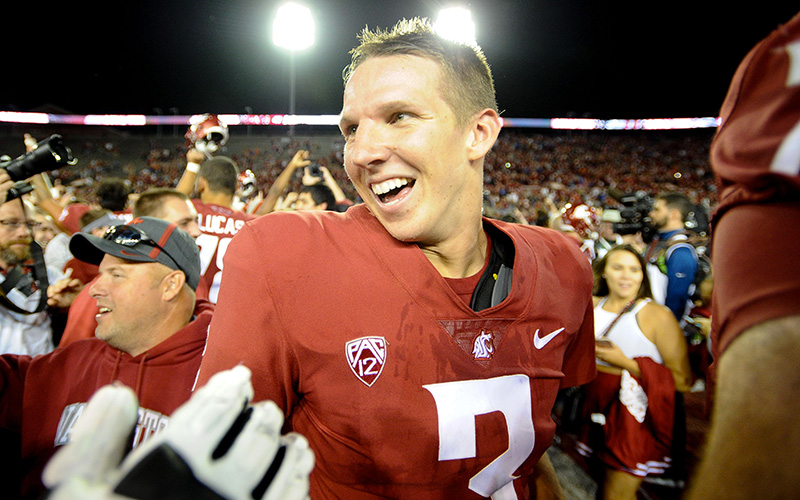 21-year-old Tyler Hilinski, a quarterback for Washington State, was found dead of an apparent suicide Tuesday (Jan 16) in Pullman, WA.

Pullman police said Hilinksi suffered a self-inflicted gunshot wound. He was found with a rifle and a suicide note next to him.

Police said they were dispatched to Hilinski’s apartment after he failed to “show up for practice earlier in the day.”

Hilinski, a native of Claremont, California, had just finished his redshirt sophomore season for the Cougars. He enrolled at Washington State in January 2015 after attending Upland High School in Southern California.

He started the team’s “Holiday Bowl” game against Michigan State last month, and was due to take over as the starting QB next season.

Washington State president Kirk Schulz tweeted, “Our thoughts and prayers are with the Hilinski family.”

Our thoughts and prayers are with the Hilinski family https://t.co/jvqE7hatvB

Washington State student body president Jordan Frost wrote on Twitter, “My deepest condolences and prayers go to the Hilinski family. May God give them peace and restoration in this time,” and provided the number to the school’s 24-hour counseling line.

My deepest condolences and prayers go to the Hilinski family. May God give them peace and restoration in this time. Cougs, if you or someone you know is impacted by this loss please reach out to our 24 hour counseling line 509-334-1133.

Hilinski’s younger brother, Ryan, is a highly-regarded quarterback prospect in the Class of 2019, ESPN reported.

Pullman Police detectives and the Whitman County Coroner’s Office said they were “conducting a thorough investigation” to confirm Hilinski’s cause and manner of death.