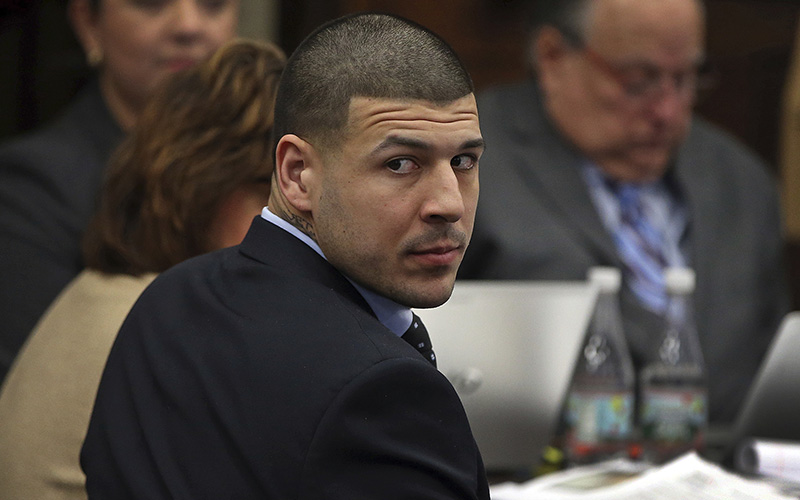 According to the Massachusetts Department of Correction, Hernandez was found hanging in his cell at Souza-Baranowski Correctional Center just after 3 a.m. Wednesday morning and was pronounced dead at around 4 a.m.

“Mr. Hernandez hanged himself utilizing a bed sheet that he attached to his cell window,” Department of Correction spokesman Christopher M. Fallon said.. “Mr. Hernandez also attempted to block his door from the inside by jamming the door with various items. ”

Fallon added, “There’s no indication he left a suicide note.”

The news comes just days after Hernandez had been acquitted on double-murder charges from 2012, though he was still set to serve a life sentence without a chance of parole for his April 2015 murder conviction for fatally shooting semi-pro football player Odin Lloyd.

Ironically, Hernandez’s death happened on the day the Patriots were set to celebrate their Super Bowl win at the White House with Donald Trump. Aaron Hernandez was 27 years old and is survived by his 4-year-old daughter Avielle, who attended his court date last Wednesday (Apr. 12) and was visibly emotional as she was captured on camera blowing kisses to her father while sitting in her mother’s (Hernandez’s fiancée Shayanna) lap.