GOSSIPONTHIS.COM Celebs Tika Sumpter Is Engaged! Fiancé Rumored to be “The Haves and the... 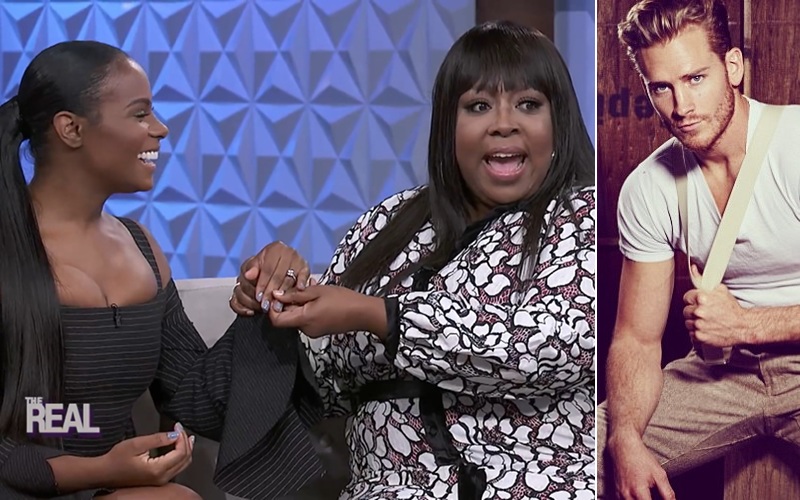 Tika Sumpter sure knows how to keep a secret. The actress just revealed she is engaged!

Sumpter appeared on the Monday (Jan. 23) broadcast of The Real. Co-host Loni Love couldn’t help but notice the rock on Sumpter’s ring finger and asked if she was engaged.

The Southside with You actress revealed her fiancé proposed on Christmas day and noted the moment was “simple” and “awesome.” She explained, the beau sent her on a scavenger hunt (which tipped her off to the proposal), but the hunt lead to her Christmas present instead.

However, he then said their two-month-old daughter had something to say. Hidden behind baby Ella was a handwritten note that Sumpter described as “a letter of beauty” and he popped the question.

Sumpter told the hosts the ring had “been burning a hole in his pocket for a while,” but he was just waiting for the perfect moment.

So, the actress has been engaged for a whole month and didn’t tell anybody (at least not the public/her fans). In recent months, she’s become the master a keeping her private life private. If you recall, she hid her pregnancy for months and still hasn’t officially revealed the name of the father. She gave birth to Ella-Loren in November.

Though it has not been publicly confirmed who Sumpter’s fiancé/baby daddy is, the few pieces of the puzzle we have all point to her The Haves and the Have Nots co-star, Nick James. The two have been in a relationship for two years and have both posted pics of a newborn on their respective Instagram pages.

Congrats to the newly engaged couple!