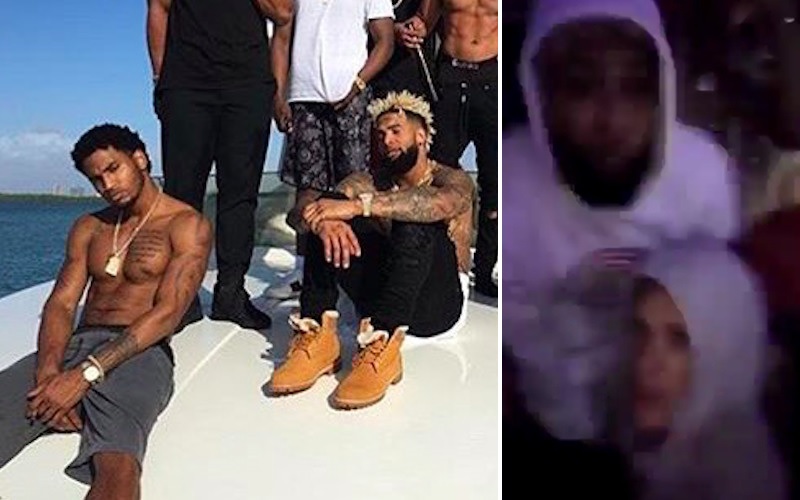 Following their Sunday (Dec. 1) win over the Redskins, the Giants players decided not to travel back to NY with the team and instead hopped on a plane to Miami and partied until at least 6 in the morning.

Here is Songz, Beckham and Bieber at E11even:

While I’m not the type to question someone’s sexual orientation based on innuendo or without said person actually commenting on the matter, many wondered what were Bieber and Beckham really doing in above clip before realizing they were being recorded. More commentary of people analyzing what was going down (no pun intended) can be found in this forum.

The one thing that is for sure is that they were all the way turnt up. The party actually started earlier in the night at LIV nightclub, where several other celebs were spotted, including: Lil Wayne, Jamie Foxx, Khloe Kardashian, Tristan Thompson, and Johnny Manziel. Later Monday morning (Jan. 2), Beckham, Songz and their crew took the party to the sea and were hanging out on a boat. Songz shared a pic on Snapchat, while Shepard shared one on Instagram, but later deleted it.

Some Giants fans wondered why the team’s wide receiver and a few of its players decided to party like rock stars instead of preparing for their upcoming playoff game against Green Bay on Sunday. According to head coach Ben McAdoo, the team was off on Monday and he has no problems with them having fun while they are not working.

The players get back on the grind on Tuesday.