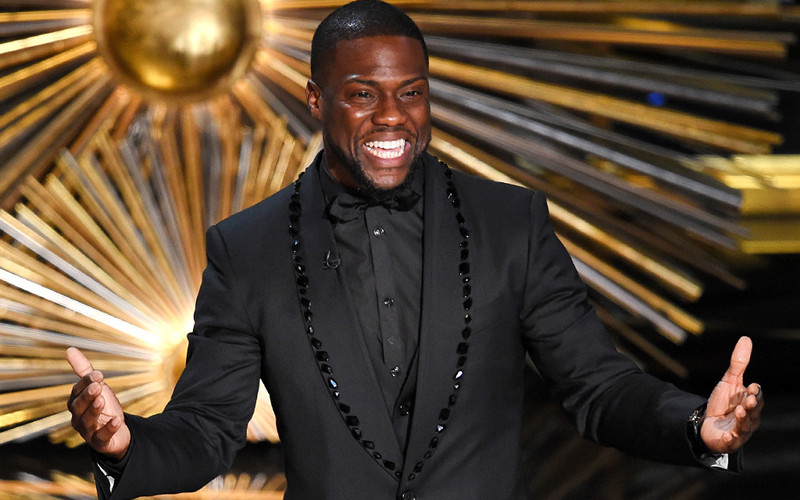 Hart is Seriously Funny and seriously rich! The comedian/actor just topped the Forbes list as the highest-paid comedian of 2016.

With a reported income of $87.5 million between June 2015 and June 2016, Hart is the richest comedian in the world and also nabs the sixth spot on the Forbes annual celebrity 100 list. Blockbuster films (Ride Along 2, Central Intelligence), a successful world tour (What Now?), and other projects contributed to Hart’s popularity and lucrative 2016.

“He tours like no other comedian. In the 12-month period, Hart played over 100 shows with an average gross of over $1 million at each stop. And these shows aren’t at dingy comedy clubs; Hart played stadiums and arenas, including Madison Square Garden and the Staples Center.”

“He is a comedian, of course, but he is drawing crowds that you would typically only see for musician,” said Pollstar editor Gary Bongiovanni. “Only a few comedians [are] capable of playing sports arenas the way that Kevin Hart does.”

2017 is also likely to be just as successful for the 37-year-old. He’s developing more TV shows and has several upcoming films, including the Jumanji sequel with Dwayne “The Rock” Jonson, Jack Black, and Nick Jonas. Let’s also not forget the endorsement deals that continue to grow.

Hart is the only person to knock Jerry Seinfeld from the number one spot since the magazine began ranking comedians. Earning a measly $43.5 million, the Seinfeld star has to settle for the second spot in 2016.

Other comedians on the list include Dave Chappelle (No. 6), Gabriel Iglesias (No. 8), and Amy Schumer (No. 4). Schumer becomes the first woman ever to make the list.