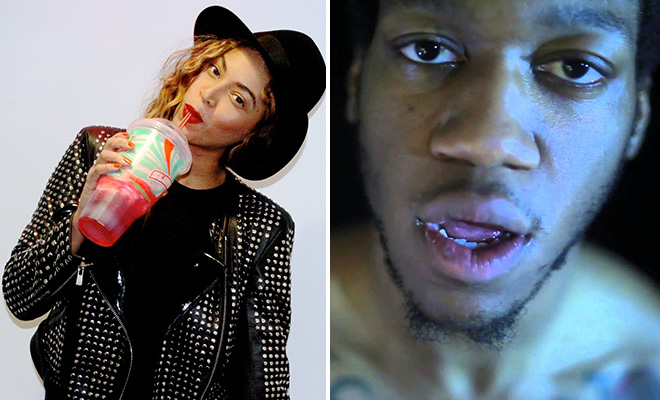 When will these irrelevant azz artists learn to stop coming for Beyoncé?

OG Maco caught hell a few days ago from the BeyHive after he made a remark about Beyoncé’s new “7/11” video, which has over 20 millions views now.

In a series of tweets, the Atlanta rapper accused Bey of stealing the video concept from his “U Guessed It” video.

This is from OG Maco’s video:

And this is from Beyoncé’s:

After reviewing both videos, we admit there are some very small similarities (such as the fact Bey and OG both run around their hotel rooms turning up),  but overall the videos are completely different.

Honestly, the ONLY simlarity is that one hallway scene in the hotel, but everybody does that (and Beyoncé herself has done it before in her own behind the scenes clips), so this guy needs to just go have a seat.

And of course Bey’s video and song is a millllliooooooonnnnnn times better than that you “U Guessed It!” crap.