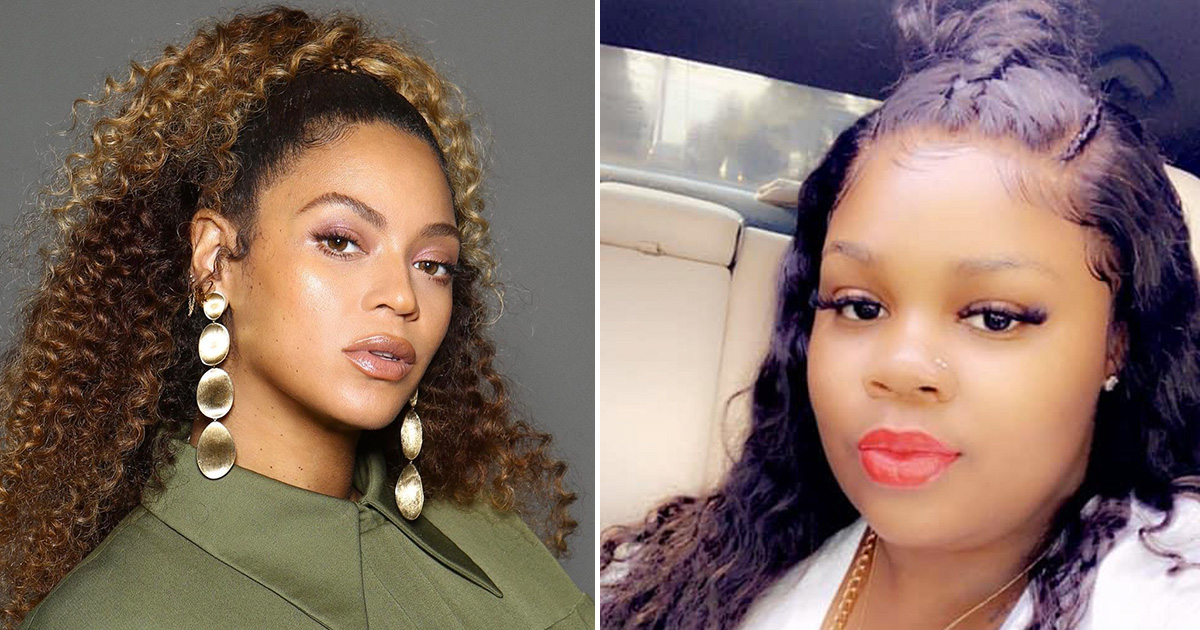 Beyoncé is using her influence to demand justice for Breonna Taylor.

The singer wrote and posted an open letter on her official website addressed to Kentucky Attorney General Daniel Cameron calling for charges to be brought against the three police officers involved in the murder of Breonna Taylor.

In her letter, Queen Bey pointed out that it’s been over THREE months since plainclothes officers with the Louisville Metro Police Department (LMPD) barged into Taylor’s home with a “no-knock” warrant while she was asleep and unarmed, firing over twenty shots into the dwelling, eight of which hit Taylor … and not a single person has been charged for her death.

The pop star acknowledged the recent passing of “Breonna’s Law,” which bans no-knock warrants and requires officers to wear bodycams during raids, but said that it is a far cry from real justice.

“Three months have passed — and zero arrests have been made, and no officers have been fired,” Queen Bey wrote. “The LMPD’s investigation was turned over to your office, and yet all of the officers involved in the shooting remain employed by the LMPD.”

She said the three officers, who have been placed on administrative leave while keeping their jobs, “must be held accountable for their actions.”

Bey also called for transparency in the investigation and prosecution of the officers, and also demanded a separate investigation into the LMPD’s handling of the case.

Beyoncé concluded her letter with this: “Don’t let this case fall into the pattern of no action after a terrible tragedy. With every death of a Black person at the hands of the police, there are two real tragedies: the death itself, and the inaction and delays that follow it. This is your chance to end that pattern. Take swift and decisive action in charging the officers. The next months cannot look like the last three.”

Read the full letter below: 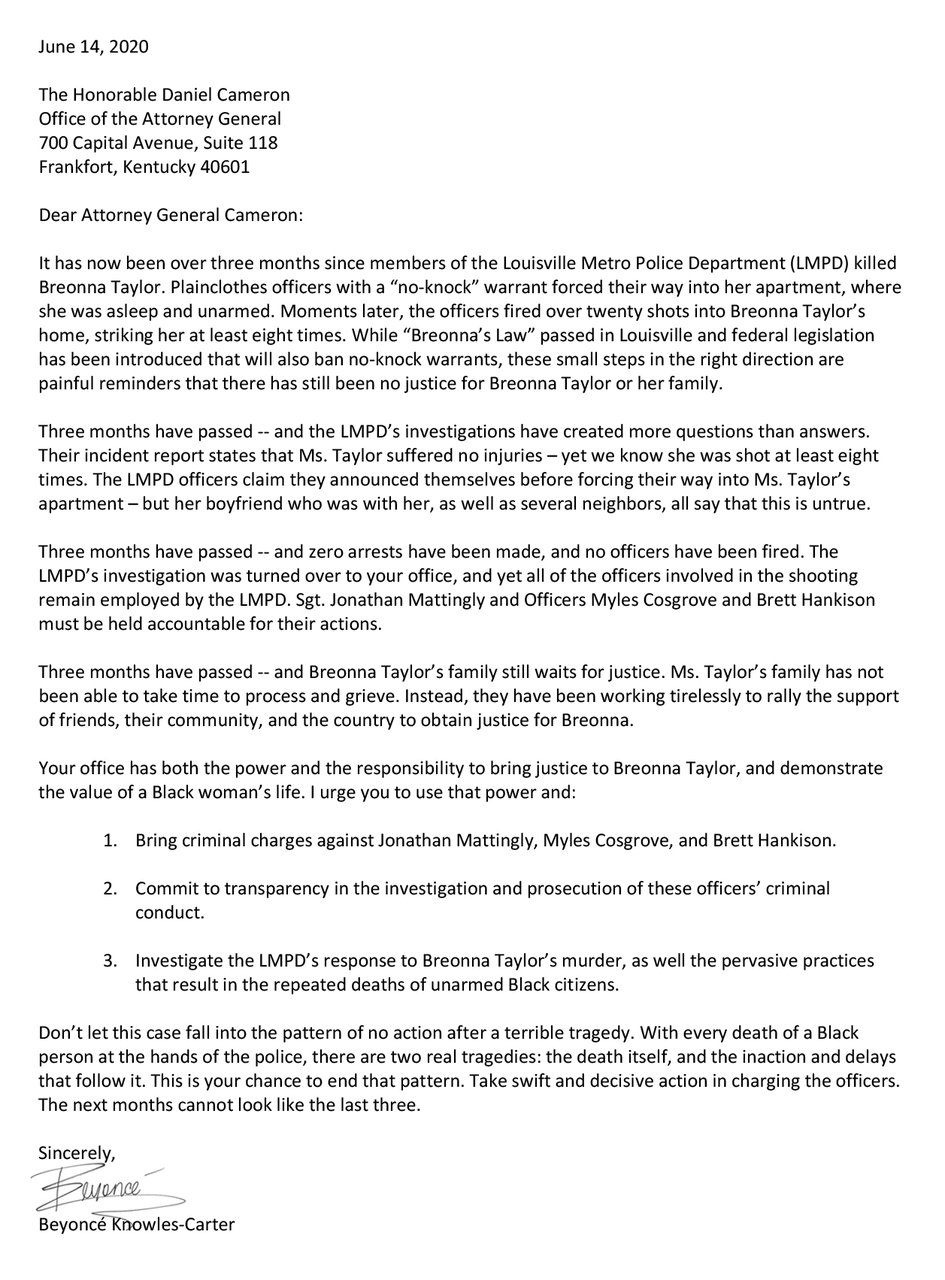