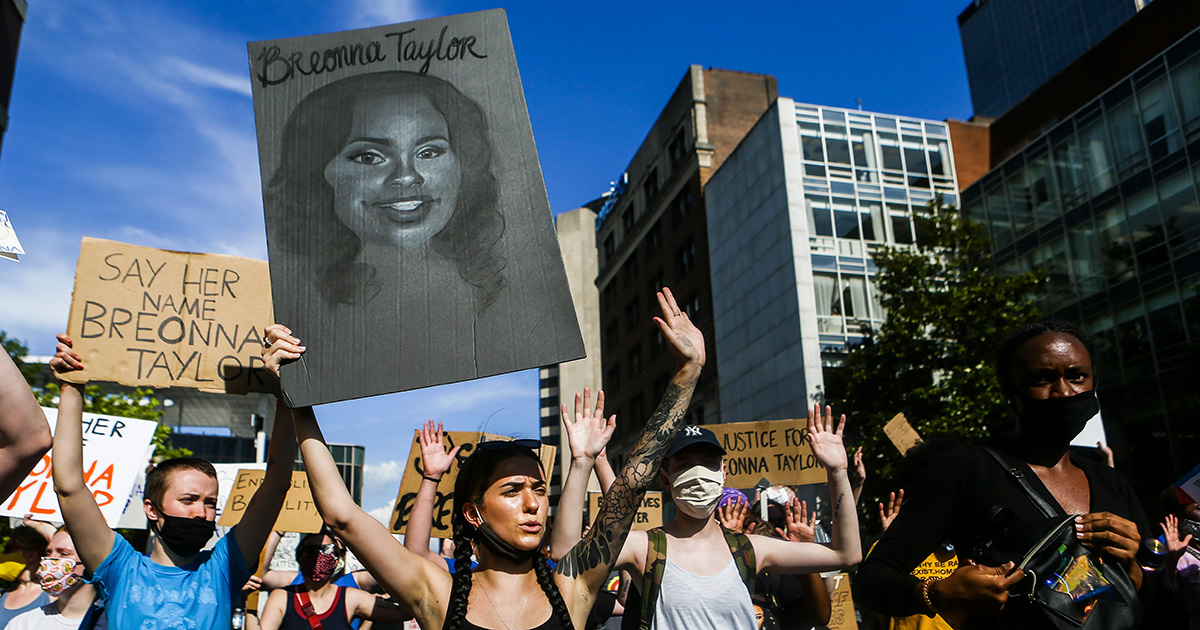 The Louisville Metro Council on Thursday (Jun. 11) unanimously voted 26-0 to pass “Breonna’s Law,” which will ban the use of “no-knock” search warrants.

The bill was named after Breonna Taylor, a 26-year-old EMT worker who died after being shot eight times by police during a drug raid on her home back in March.

Louisville Mayor Greg Fischer said on Twitter that he plans to sign the bill as soon as it hits his desk.

“I suspended use of these warrants indefinitely last month, and wholeheartedly agree with Council that the risk to residents and officers with this kind of search outweigh any benefit,” he said.

This is one of many critical steps on police reform that we’ve taken to create a more peaceful, just, compassionate and equitable community. 2/2

The law would require officers to wear body cameras while executing search warrants. Anyone who violates the law would be subject to disciplinary action.

“No Louisville Metro Police Department (LMPD) police officer, Louisville Metro Department of Corrections (LMDC) officer, or any other Metro law enforcement or public safety official shall seek, execute, or participate in the execution of a no-knock warrant at any location within the boundaries of Jefferson County.”

A crowd of protesters outside of Louisville Metro Hall erupted into cheers after it was announced that the law had been passed.

Her boyfriend, Kenneth Walker, fired a warning shot at what he believed to be an intruder trying to break in, and hit one of the cops.

Walker was charged with first-degree assault and attempted murder of a police officer, but the charges were later dismissed.

The officers involved in the fatal shooting—47-year-old Jon Mattingly, 42-year-old Myles Cosgrove, and 44-year-old Brett Hankison, have been placed on administrative reassignment.

Officer Hankison is reportedly under investigation for sexual misconduct after multiple women came forward and said that he sexually assaulted them.

None of the three officers involved have been charged in Taylor’s death, despite widespread calls from the public to do so.

Mayor Fischer said the city was unable to fire the officers because of a contract between a police union and Louisville that states that officers cannot be fired before an investigation is complete.