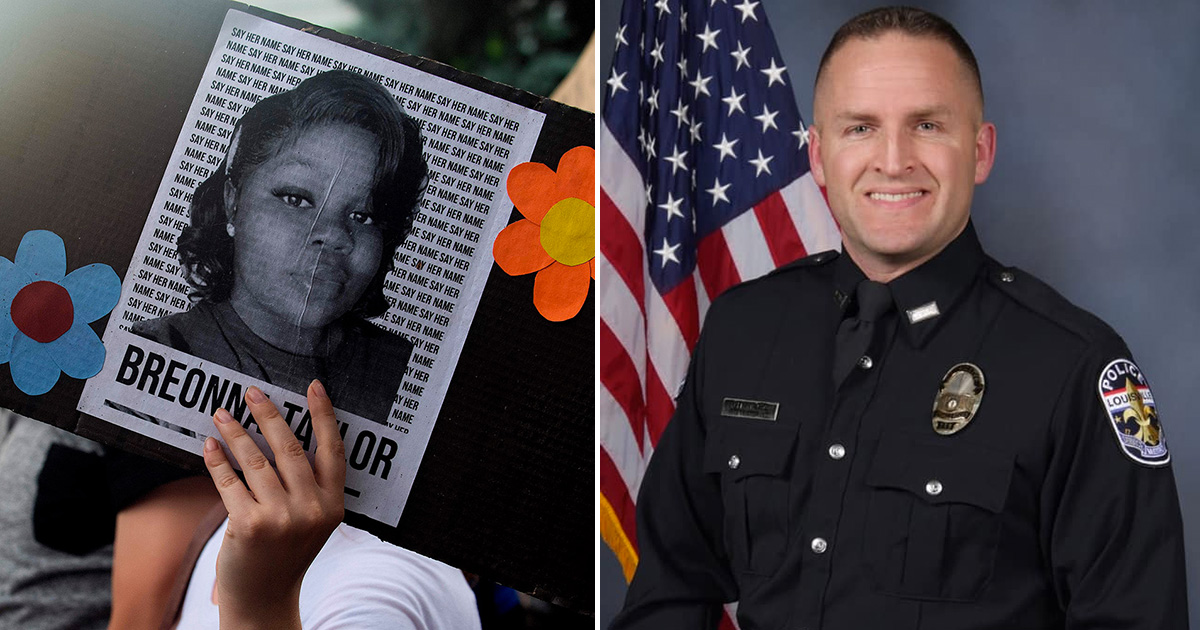 Brett Hankison, one of the three Louisville Metro Police Department responsible for the unwarranted murder of Breonna Taylor, is under investigation for sexual misconduct after multiple women say he assaulted them.

According to news reports, Hankison, 44 years old, was placed on administrative leave after he and officers Jonathan Mattingly and Myles Cosgrove fired more than 22 rounds into Taylor’s apartment, killing the 26-year-old paramedic.

While many are calling for the officers to be fired and charged for the killing, the local police department has yet to take action despite increased pressure from Black Lives Matter protests across the country.

Now, however, officials are facing even more scrutiny after recent social media posts highlighting a history of misconduct by the officer.

Margo Borders took to Facebook to chronicle an experience she had with Hankison back in April of 2018.

In the post, Borders claims that she went out to some bars with her friends, and afterward, she was offered a ride by Hankison.

“He drove me home in uniform, in his marked car, invited himself into my apartment and sexually assaulted me while I was unconscious,” the post reads. “I never reported him out of fear of retaliation. I had no proof of what happened and he had the upper hand because he was a police officer.”

“Who do you call when the person who assaulted you is a police officer?” she asked her followers.

In a statement released through her attorney, Borders said that “Brett Hankison is a predator of the worst kind.”

Borders wasn’t the only one to call out Hankison online, though. Another woman, Emily Terry, shared her experience with the officer on Instagram.

“In early fall, I began walking home from a bar intoxicated. A police officer pulled up next to me and offered me a ride home,” the post reads. “I thought to myself, ‘Wow. That is so nice of him’’ And willingly got in.”

She then goes on to describe how Hankison rubbed her thighs, kissed her forehead, and called her “baby,” despite her refusing his advances.

According to other reports, Hankison has been under scrutiny for sexual misconduct as far back as 2008 when he was accused of receiving oral sex in exchange for not arresting a woman.

In 2015, a parole officer told investigators that a parolee had informed her that the officer told her he wanted to “date her,” and said a ticket could be taken care of if she had sex with him.

Despite all of this, Hankison remains on administrative leave, with the police department only releasing the following statement:

“We encourage anyone with direct information about this situation to contact us and share that information with an investigator at (502) 574-7144.”