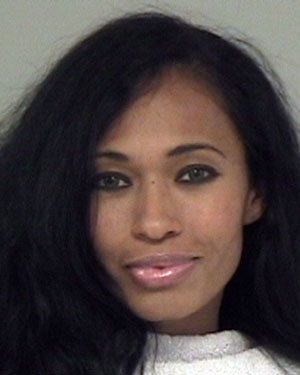 According to TMZ, Pilar was booked for “assault family violence” at the Colin County Jail in Texas.

Deion claims Pilar and her friend jumped him in front his two sons….and took to Twitter to prove his innocence:

Pray for me and my kids now! They just witnessed their mother and a friend jump me in my room. She’s going to jail n I’m pressing charges!

I’m sad my boys witnessed this mess but I warned the police department here that she was gone try n harm me and my boys. This is on my mama!

Filling out police reports now! Thank God for this platform to issue the Truth.

The former NFL star also claims he didn’t hurt Pilar and only defended himself until he was able to call police.

Up until the incident yesterday, Deion and Pilar have been living together in their Dallas home.

Funny how all of this drama occurs after Deion was spotted out with Eddy Murphy’s ex Tracey Edmonds at the Broadway opening of “A Streetcar Named Desire.” (Not a smart move, playa!)