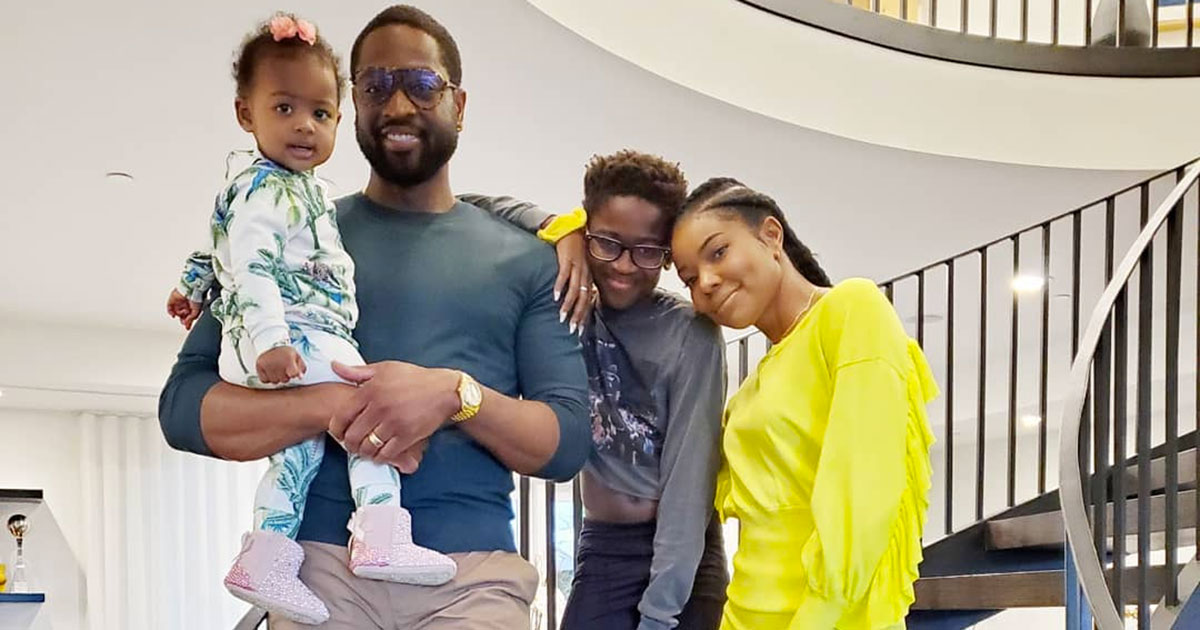 Dwyane Wade just made a very powerful statement about what it’s like raising a gay child coming from his hyper-masculine background as a former NBA star.

D Wade recently sat down with Matt Barnes and Stephen Jackson for an interview on their All The Smoke podcast, and opened up about the relationship he has with his 12-year-old son Zion—who now apparently uses “she” and “her” pronouns—and also the support he has for the LGBTQ community.

“I had to look myself in the mirror when my son at the time was 3 years old and me and my wife started having conversations about us noticing that he wasn’t on the boy vibe that Zaire [Wade’s other son] was on.

“I grew up with the same perspective as a lot of these people out here that’s a little ignorant. I grew up with a similar perspective. And, you meet people along the way that help you take those glasses off and put on some different ones. Look through life through a different lens. That’s what my wife has been able to do. So, it’s been cool.”

Dwayne Wade talks on his son being gay on the “All The Smoke” podcast. pic.twitter.com/0p1kYO6Sx4

Wade went on to say that Zion, who sources say now uses the name “Zaya” and now identifies as a girl, is one of the strongest people he knows, and he’s learned a lot from her.

“You want to talk about strength and courage? My 12-year-old has way more than I have,” Wade said. “You can learn something from your kids.”

Wade added that he’s not speaking out because he’s offended by public opinion and comments he sees on social media, but because he’s aware of his platform and feels the need to speak out for LGBTQ rights.

Dwyane Wade and his wife, Gabrielle Union, have been publicly supportive of Zion/Zaya (Wade’s child from his previous marriage) over the past year, and even came under scrutiny for taking her to a Gay Pride Festival in Miami earlier this year.

Wade was also forced to defend Zion/Zaya on Twitter after Union shared a family on Instagram on Thanksgiving that showed the 12-year-old wearing a crop top and long white fingernails.

As a parent my only goal is that my kids feel that i see them , love them and support them. https://t.co/ZrJp9WFdbi

I’ve seen some post-thanksgiving hate on social about my family photo. Stupidity is apart of this world we live in—so i get it. But here’s the thing—I’ve been chosen to lead my family not y’all. So we will continue to be us and support each other with pride, love & a smile! ??

“Whatever you want to do, it is my job to support you and make sure you have all the tools to be as happy as you are while you are doing it,” Wade told Matt Barnes and Stephen Jackson about supporting his child.