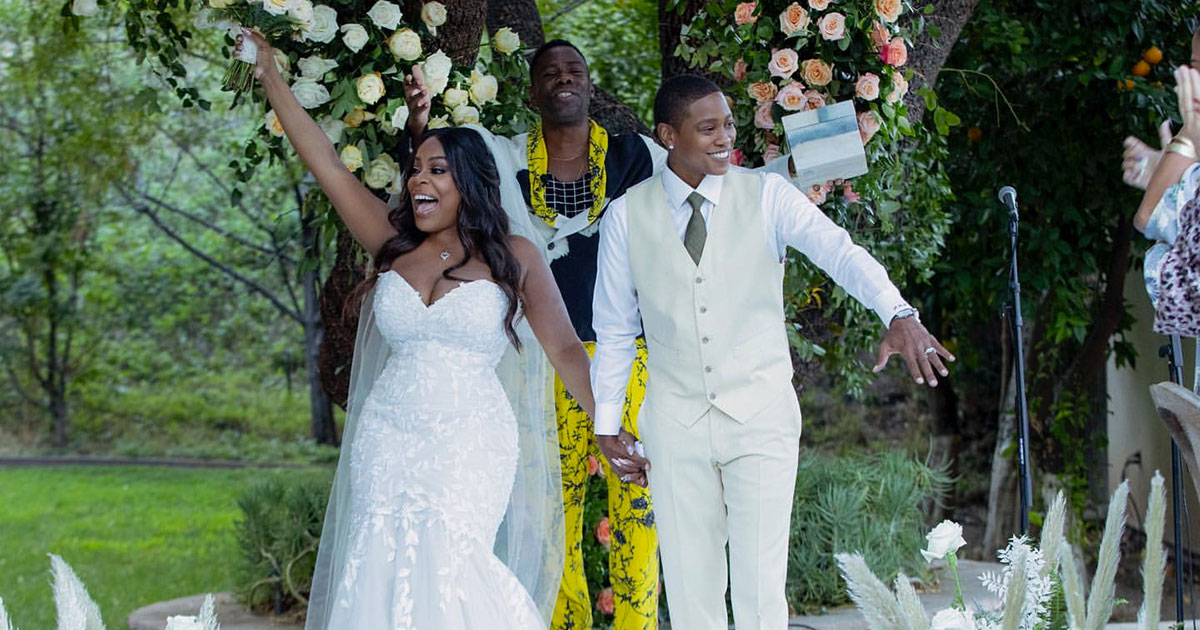 Niecy Nash is trying this whole marriage thing once again … but this time it’s with a woman!

The actress recently tied the knot with singer/songwriter Jessica Betts and took to social media to announce the news.

“Mrs. Carol Denise Betts,” Nash wrote on Instagram along with a photo of her and her new wife. She added the hashtag: “#LoveWins” and a rainbow emoji.

Betts posted the same image on her IG with the caption: “I got a whole wife #Bettsofbothworlds #LoveWins.”

For those who don’t know … Niecy Nash’s real name is Carol Denise, so it looks like she’s taking her wife’s last name.

As was previously reported, Niecy filed for divorce from her husband Jay Tucker last December, and the exes finalized their divorce back in March.

Nash’s new marriage comes as a huge surprise to everyone because most people didn’t know Niecy was a member of the LGBTQ community, and no one had any idea that she was engaged to a woman.

Congrats to the Betts!