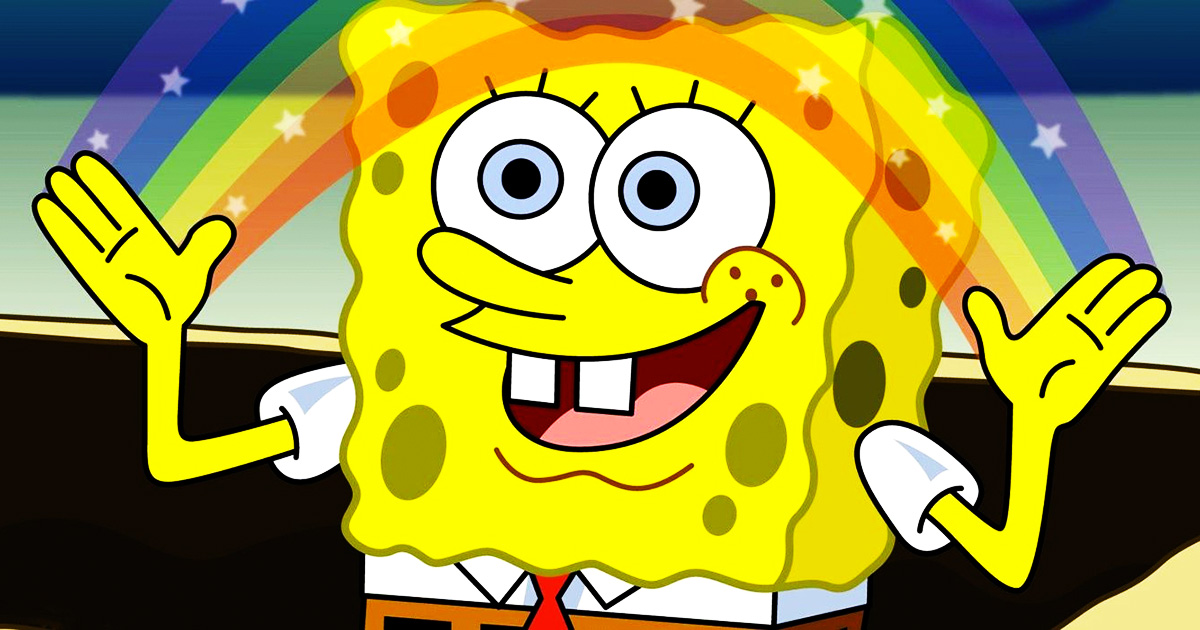 In honor of Pride Month, Nickelodeon has announced that Spongebob Squarepants is gay.

The children’s TV network made the big reveal Saturday morning (Jun. 13) in a tweet celebrating Pride Month, writing: “Celebrating #Pride with the LGBTQ+ community and their allies this month and every month.”

The tweet featured images of three Nick characters: Spongebob, Schwoz Schwartz from Henry Danger and Korra from Avatar: The Legend of Korra.

Though the tweet doesn’t actually say any of the characters are gay, it insinuates it with the colorful backgrounds/imagery.

Celebrating #Pride with the LGBTQ+ community and their allies this month and every month ? ?
(?: by @ramzymasri) pic.twitter.com/pENmTaQB0h

The news of Spongebob being gay honestly shouldn’t be that surprising to anyone who’s the show over the years.

Spongebob gay? I mean he literally had a baby with Patrick pic.twitter.com/RMLVUomVsL

As for the other two Nick characters, it’s been known for a while that Korr is gay/bisexual because it was actually revealed on the show and later written into the script. Also, the actor who plays Schwoz is a transgender man in real life who transitioned decades ago.

Spongebob’s “coming out,” however, is making the most noise on social media.

bitches just now tweeting "spongebob gay", like bitch i been knew, look at this mf ??? pic.twitter.com/HVNG6WsBgY

y’all are shocked spongebob gay? he’s been hinting at it for years ????? pic.twitter.com/QgGcxjmz1Z

why are y'all so surprised spongebob is gay when he literally drove like this pic.twitter.com/fHxN2XzYhq

he literally had a baby with patrick pic.twitter.com/fEE3rZxaAO

He even shot a rainbow outta his ass too we have to stan pic.twitter.com/c0pDELFyMV

nickelodeon after confirming that spongebob is gay and then turning off the comments pic.twitter.com/ChYaaLaxeY

Sponge bob overhearing the customers about him being gay while he in the back whipping up a krabby patty pic.twitter.com/DLSwi32UOG

why yall actin surprised that spongebob gay ? i thought we been knew … pic.twitter.com/pCDGqfe7MU

"spongebob is gay??!!" as if he hasn't been in the full drags a many of times… literally full couch cushion padding, wig glued, boots the haus of atlantis down pat…. pic.twitter.com/775eZgpzWq

For what it’s worth, Spongebob’s creator, Stephen Hillenberg, said back in the early 2000s that Spongebob wasn’t “gay,” but actually asexual … meaning he has no sexual desires or preference for any sex/gender.

But as many people on Twitter are pointing out, being asexual does make him technically “Queer,” which represents the Q in LGBTQ+.

In fact, a longer version of the famous acronym is “LGBTQIA,” which stands for “Lesbian, Gay, Bisexual, Transgender, Queer, Intersexual, Asexual.”

*People in Spongebob is Gay hearing he's asexual*: Well akkkkssually, he's a SEASPONGE and they ALL REPRODUCE ASEXUALLY SO OF COURSE SWFEFWFAQS–

Me: He's a fucking Sponge that wears a suit that lives in a pineapple working 9-5 in a restaurant. LET ACE PEOPLE HAVE THIS, BRENDA. pic.twitter.com/ElefdOoBK5

A lot of people are saying “Spongebob is asexual according to Stephen Hillenburg” and I just wanna point out that would still make him queer, aces are queer, he can be a gay ace, he’s allowed to wear the rainbow too guys #Pride #PrideMonth #AIsNotForAlly #AcesAreLGBTQ https://t.co/phqavPuDHr

I don’t care if spongebob is asexual, bisexual or gay, I stan him pic.twitter.com/qzLD47aCnv