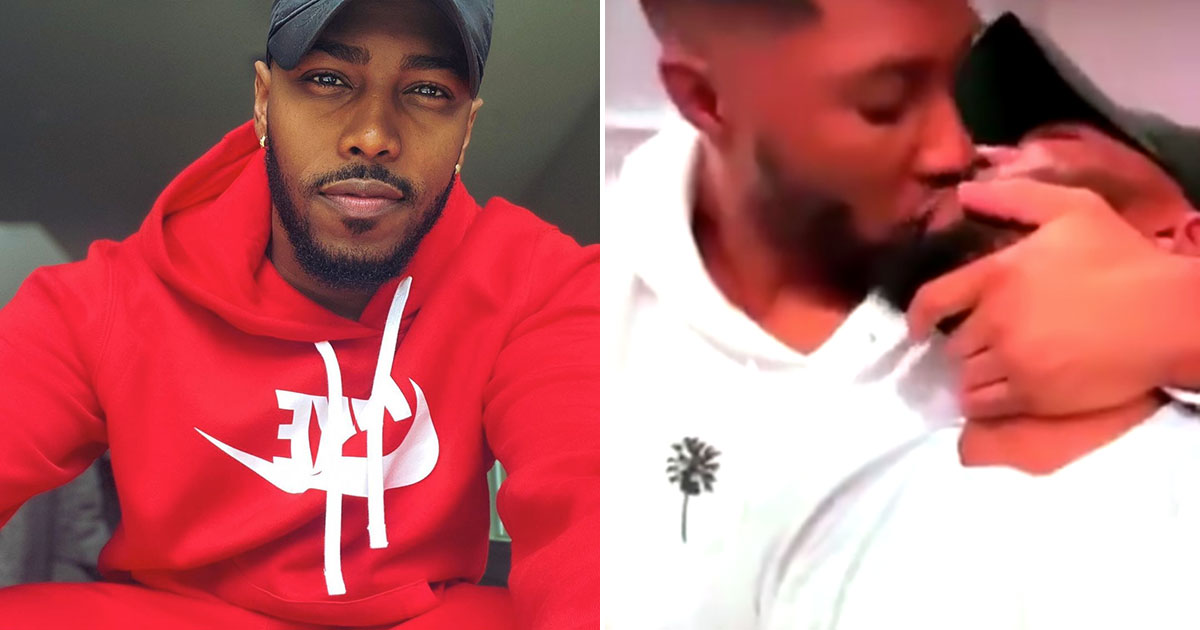 Gospel singer Darrel Walls of The Walls Group became a trending topic on social media over the weekend after a video leaked online showing him kissing another man, essentially outing him as a member of the LGBTQ community.

The video, which was leaked late Saturday night (Nov. 28), showed Walls with another man smiling and talking. The two men eventually turn to each other and share a kiss. The other man in the video hasn’t been identified.

According to Love B. Scott, who first broke the story, Darrel shared the video himself to his “close friends” list on Instagram, however, someone in that group made the video public, and now it’s everywhere.

Walls temporarily deleted his Instagram page after the video leaked, however, he has since restored the account, and it is active as of Tuesday (Dec. 1).

Walls also took to Twitter Sunday morning (Nov. 29) and wrote: “You Are Good, Oh Lord… You Are Good.”

As news of the video began to spread, Walls was met with support and positivity on social media.

Love to Darrel Walls. One of the greatest singers alive ? pic.twitter.com/5CWaMnCuAy

I support you Darrel Walls ? We deserve to love who we want to love. You are gifted & anointed and deserve happiness. The black church is toxic and delusional and they will try to discredit and drag you but the gay community loves and supports you ???????????????#lovewins #DarrelWalls pic.twitter.com/yPJPM4ydkB

As far as I’m concerned, Darrel Walls’ music is his ministry. The man can sing & I hope that video surfacing of him & his alleged boyfriend doesn’t derail him or The Walls Group.

Darrel is so incredibly talented. I mean listen to his cover of “Better Days” by LeAndria Johnson: pic.twitter.com/1Er5bI6Fo6

Ain’t no one more concern about gay people than people who “aren’t even gay” #DarrelWalls We got you bro! Keep doing what you were meant to do! We support you! @MusiqCityWalls pic.twitter.com/WgP6AjjjDu

WHEN YOU KEEP THE WRONG F’N COMPANY IN YOUR CIRCLE! SECONDLY, LOVE IS LOVE! #DARRELWALLS #THEWALLSGROUP pic.twitter.com/44Fy41IHuU

Very sad and frustrating how messy the church can be. I see why some shy away from it. People commit suicide over being “outed.” We have to stop being so obsessed with one’s sexuality, and learn to operate in love, not gossip; souls are depending on it. Praying for Darrel Walls??

Back in 2012, the quartet broke through on the Billboard charts with their self-titled album. They released their debut studio album Fast Forward two years later in 2014, and the project charted on the Billboard 200.

The Walls Group received a nomination for Best Gospel Performance/Song at the 57th Annual Grammy Awards for their song “Love on the Radio.”

According to his LinkedIn page, aside from being a singer, Darrel Walls, who is 29, is also a producer and songwriter based in Missouri City, Texas.

In addition to his musical talents, Darrel refers to himself on IG as a motivational speaker as well as a “Lover of Growth” and an “Advocate for Peace.”

According to his bio on The Walls Group’s official website, Darrel is the oldest member of the group, and he began playing drums at age four before learning to play the organ and keyboard.

Darrel’s bio adds: “It is his passion for God that causes him to be an exceptional individual, songwriter and arranger. He aspires to someday be a great producer.”