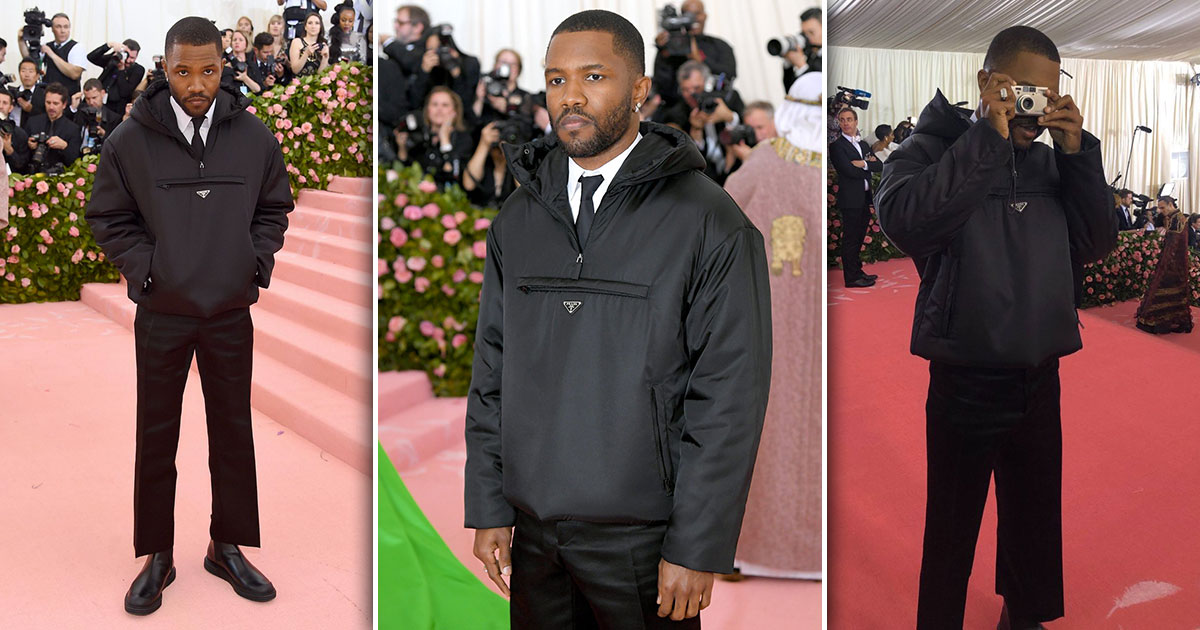 The theme for the 2019 Met Gala is “Camp: Notes on Fashion,” which means that everyone’s looks are expected to be very grandiose and overly exaggerated … but apparently, Frank Ocean either didn’t get the memo or he didn’t give a damn about a theme. 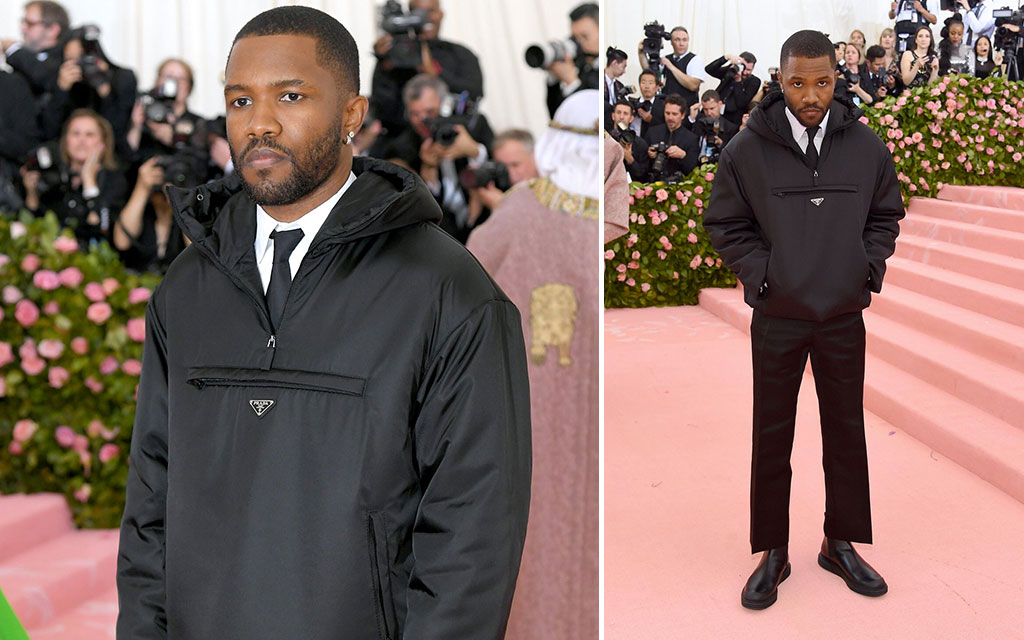 While (mostly) everyone else spent the night trying to outdo each other with their over-the-top costumes … Frank Ocean arrived on the red carpet of the annual fashion event at New York City’s Metropolitan Museum of Art Monday (May 6) wearing an incredibly boring outfit—a white shirt, a black Prada jacket and black pants cropped to show off big clunky black boots.

In other words, the renown singer/songwriter looked like top flight security, rather than an A-List celebrity at a major industry event.

Fans who expected Ocean to show whole entire a-s-s in some form or another took to Twitter to express their disappointment in his apparent lack of creativity.

frank ocean, who dressed like THIS at his birthday ball in 2017, serving RESOLUTE FUNEREAL NORMCORE in a prada parka at the met gala??? galaxy brain camp????? pic.twitter.com/9a2YcJpR6F

Did Frank Ocean get a side gig as security? #MetGala pic.twitter.com/rPaQpijYFc

Frank Ocean be like: "Theme? Do you want me here or nah?" pic.twitter.com/FCa3wgsrwm

tell me why frank ocean is dressed like a security guard at a concert #MetGala pic.twitter.com/D7LbMb32WB

frank ocean said we have food at home pic.twitter.com/qgQFrdXRo9

if frank ocean don't take that north face off…

frank ocean just asked for my ID and then laughed at my picture #MetGala pic.twitter.com/PXNIZqBgHk

We get it Frank Ocean, you’re different & you go against the expected #MetGala pic.twitter.com/ERFK2abhaV

Not everyone on Twitter was against Frank’s Met Gala look though. Some even suggested everyone calm down on the backlash and just let him be great or else the recluse singer may back into hiding for another several years

“Please don’t come for frank ocean he might go into hiding for another four years we just found him,” one fan tweeted.

“Frank Ocean is a f**king king and no one can change my mind,” tweeted another.

#MetGala please don’t come for frank ocean he might go into hiding for another four years we just found him pic.twitter.com/G3YgJT5jcN

me ignoring the fact that frank ocean didn’t follow the theme pic.twitter.com/WV7wm4oTok

Frank Ocean is a fucking king and no one can change my mind #MetGala pic.twitter.com/C2YGgYFKR6