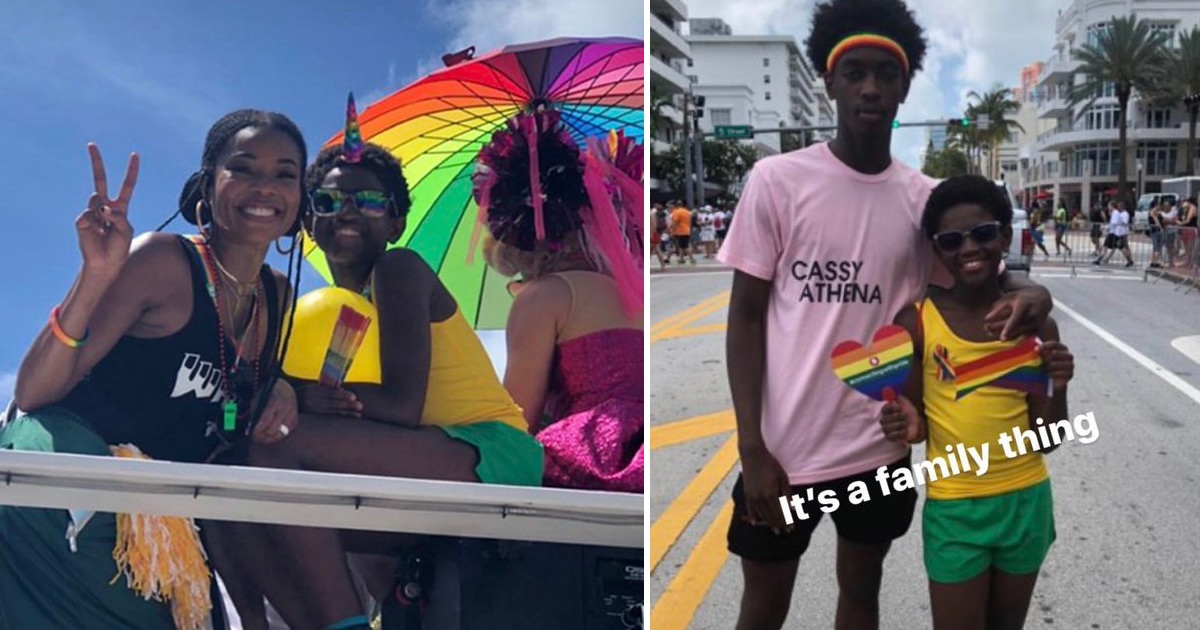 It was a family pride affair for the Wade clan. Dwyane Wade’s son, Zion, had much support from his family as he attended an LGBTQ pride march over the weekend.

Donned with pride gear, the 11-year-old, along with his cool stepmother Gabrielle Union, rode a float during the annual Miami Beach Pride event on Sunday (Apr. 7).

Union chronicled the experience with photos and video on Instagram.

Dwyane was, unfortunately, unable to join his family because the Miami Heat had a game in Toronto. However, the proud papa showed much love and support on social media.

“We support each other with pride!” Wade wrote on IG stories featuring a photo of his son and wife. 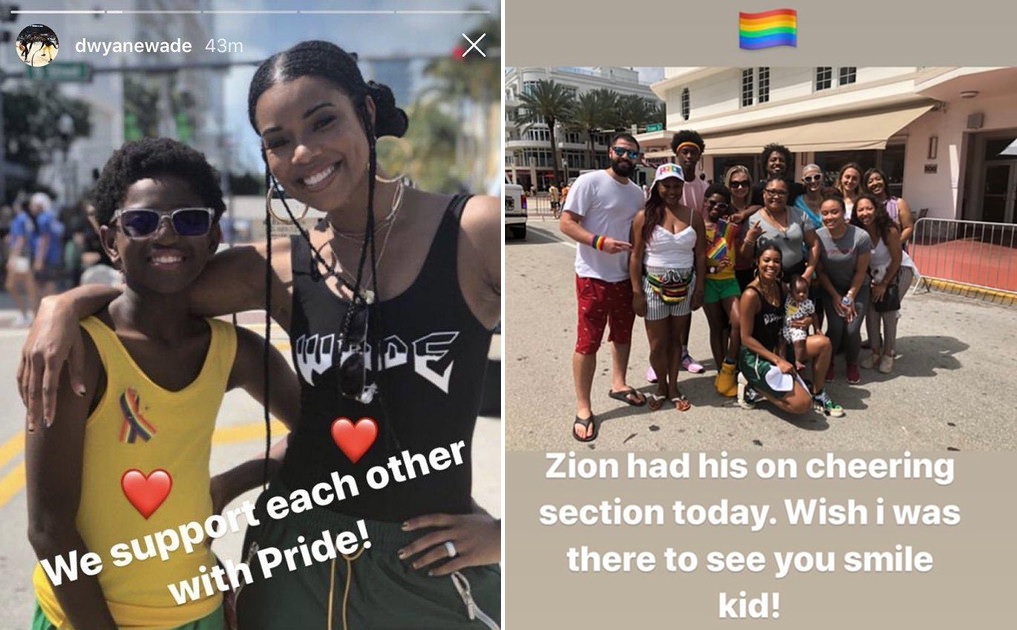 Zion came through with an entourage, too.

Dwyane reposted another pic acknowledging his son’s “cheering section” in his absence. “Wish I was there to see you smile kid,” he wrote, adding a rainbow flag emoji.

Among the cheering section was Zion’s baby sister, Kaavia, and 17-year-old brother, Zaire.

“Love you lil bro no matter what,” Zaire wrote on Instagram with a photo with his brother. Dwyane shared the same photo with the caption: “It’s a family thing.” 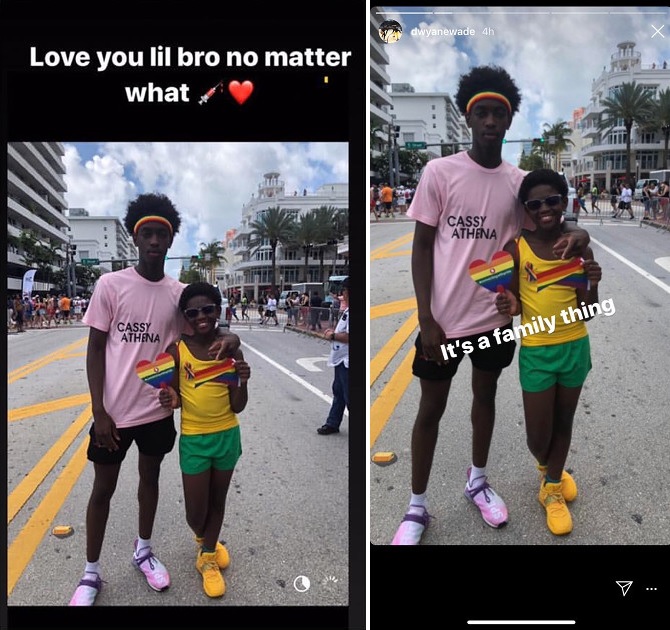 Now that’s what we love to see.