GOSSIPONTHIS.COM Celebs Cartoonist Slammed for “Racist” & “Sexist” Drawing of Serena Williams at the... 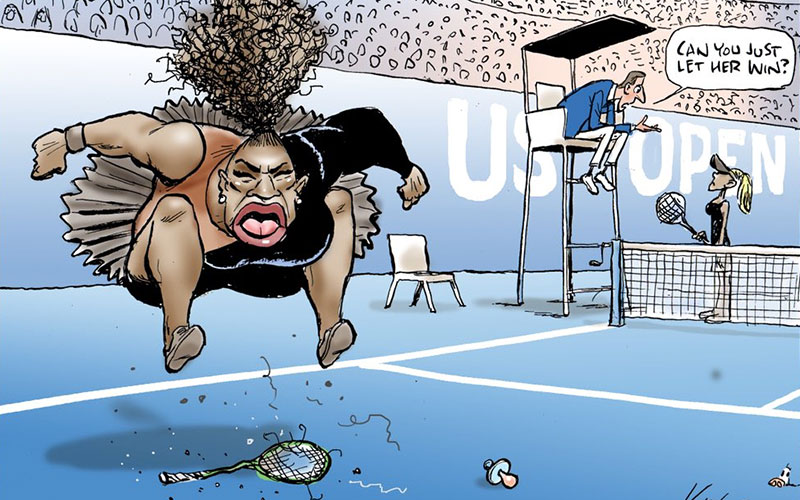 Cartoonist Mark Knight is catching a lot of heat for his cartoon rendering of Serena Williams, which was published in Monday’s (Sep. 10) edition of Australian tabloid The Herald Sun.

The drawing comes after an intense final at the U.S. Open in which the 36-year-old clashed with umpire Carlos Ramos, who accused her of breaking the rules by receiving instruction from her coach in the stand.

Knight’s cartoon shows an extremely exaggerated caricature of Williams, with enlarged lips and a much larger figure, stomping on her tennis racket with a pacifier near her feet, suggesting that her conduct at Sunday’s U.S. match was childish.

The image of the 23-time Grand Slam winner has been labeled “racist” and “sexist,” and has drawn anger from all sides of the internet, even compelling Nicki Minaj to give Knight the “C**ksucka Of The Day” award on her “Queen Radio” show.

You manage to be racist on several different levels here, not only in how you depict Serena, but also in erasing Naomi into a skinny blonde. Impressively shitty work.

Honestly, he went out of his way to make her look like an animal. No way you can tell me someone at his level of skill doesn't see that he exaggerated this dude in a way that at least kept his likeness. Meanwhile, Serena's is so stretched, I wouldn't know it was her at all.

It’s 2018 how is this cartoon considered ok? This is going back to the early Disney racist disgusting characterizations of Black People. Just dehumanizing. Then, you made #NaomiOsaka into a white girl with blonde hair ? This is not just an insult to #Serena but to all Black Women

How does Mark Knight still have a job? And who approved the cartoon? His racist depiction of @serenawilliams is sickening. A sober reminder how far we still have to go.

The levels of racism and black caricaturism is astounding. The person who drew this is garbage.

Nicki Minaj wasn’t the only celebrity to weigh in on the cartoon and call Mark Knight out for creating such a demeaning image to represent a black woman. Author J.K. Rowling also slammed Knight for his picture, calling out its racism and sexism, while ESPN commentator Jemele Hill said the drawing was “about as subtle as Fran Drescher’s voice.”

Well done on reducing one of the greatest sportswomen alive to racist and sexist tropes and turning a second great sportswoman into a faceless prop. https://t.co/YOxVMuTXEC

In an attempt to defend himself against accusations that he doesn’t hold male tennis players accountable for their outbursts during matches, Knight tweeted out another recent cartoon he’d drawn of male Australian player Nick Kyrgios.

“Here’s a cartoon I drew a few days before when Australian male tennis player Kyrgios at the US Open was behaving badly,” Knight tweeted, along with the cartoon. “Don’t bring gender into it when it’s all about behavior. I’ll accept your apology in writing.”

Some people pointed out that this isn’t the first time Mark Knight’s work has been deemed “racist.”

Mark Knight is a racist cartoonist. I won't share his work to blow his name up any further, but the Serena cartoon is not an isolated incident.

The argument over Williams’ passionate response to Ramos during the U.S. Open has centered on the question of whether Williams was treated differently because she’s a black woman.

After Knight posted his controversial image, one Twitter user revealed several instances in which Ramos seemed to essentially give white tennis players (male and female) a slap on the wrist for the same exact behavior.

Djokovic Gets Into Argument With Same Umpire Carlos Ramos at French Open, multiple violations did not result in docked point or game. https://t.co/qkZv2SNE7O

And here’s nick telling Ramos his umping is ‘fucking bullshit’ after being given a violation. No game penalty, no point penalty. https://t.co/7faFEqzSoW

Here’s one from Andy Murray and Ramos, a violation resulting in Andy shouting “stupid umpiring” which does not result in a point loss or a game penalty. https://t.co/lvgxcYe7Yr

Here’s Andy Murray literally kicking a ball at an umpire. Does not receive a a warning, a violation penalty, a point penalty or a game penalty. https://t.co/XTzc8asMMk

Another one of Vandewegh with two code violations doing … god knows what. No point or game penalty. https://t.co/uFMs9yVotk

Another Azeranka meltdown: two violations and loses her shit. No game penalty. https://t.co/BQIg6TePEo 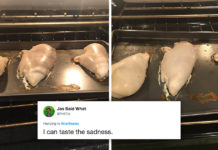 This Viral Photo of Unseasoned Chicken Will Give You Nightmares 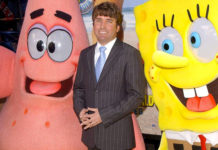 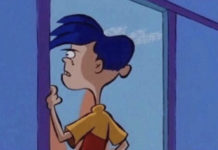 Hilarious Rolf From “Ed, Edd N Eddy” Memes Are Taking Over the Internet